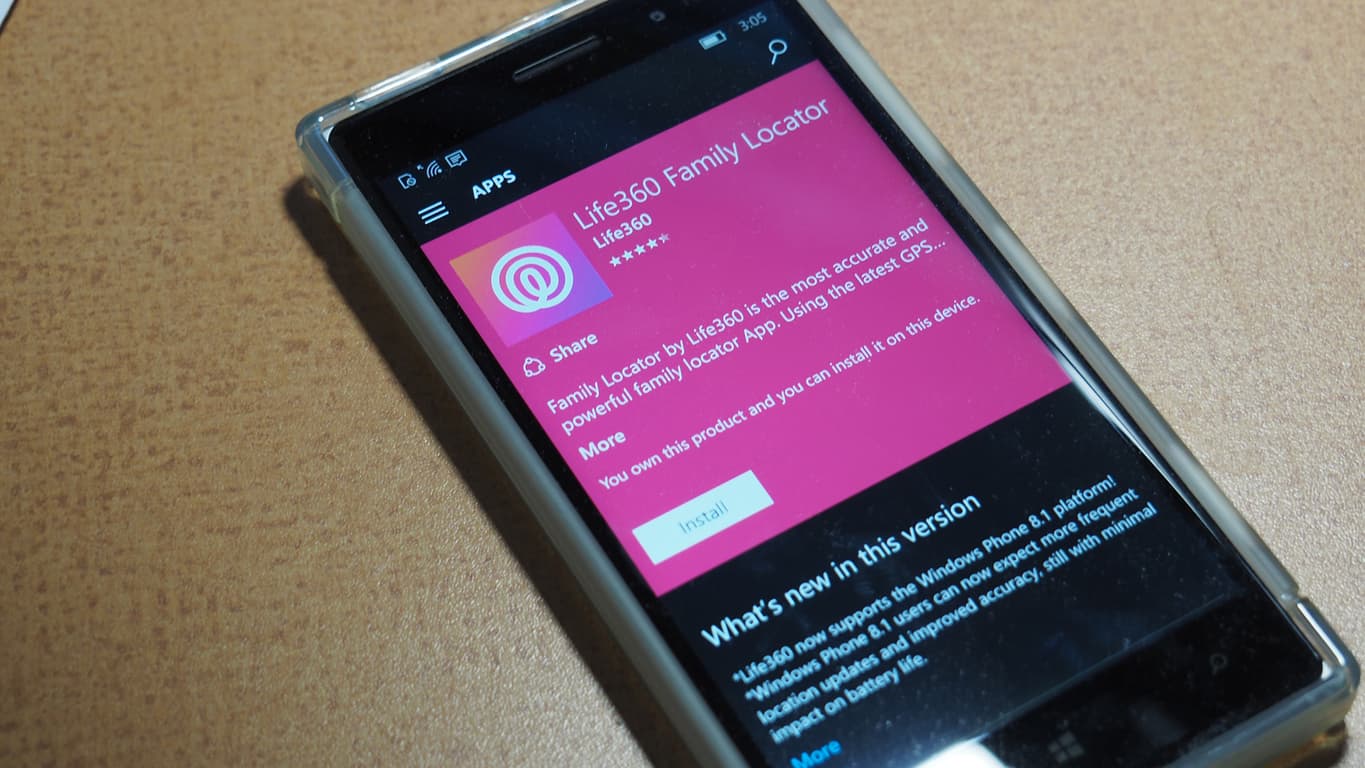 Life360 makes the popular Family Locator client that helps to keep (primarily) families connected and in touch. Through the app, parents, for example, can know when their kids move to and from school when a spouse arrives home and all sorts of other combinations. For a family on the move, it makes for an excellent tool to keep everyone in touch and organized.

In the past, Life360 made a Windows Phone app that's worked just fine in the past. Now that Windows 10 Mobile is officially out the door, however, it looks like the developer has no interest in keeping up with Microsoft's newest OS (via mspoweruser.com).

The word comes via the company's support site:

Why doesn't the app work with Windows 10 phones?

We are unable to support the latest version of Windows devices. Life360 does not have any plans at this time to further develop the app for the Windows mobile device platform. The current version of Life360 is designed to work only on iPhone and Android smartphones.

While a growing number of developers are starting to offer Universal Windows Apps, it's disappointing to see a popular service remove support the Windows phones. We'll have to hope that Life360 reconsiders, because at some point that app is going to stop working on Windows 10 Mobile devices.