Lenovo is constantly updating and refreshing its product lines, sometimes even twice in a calendar year depending on the feedback, it gets from consumers.

Its consumers in the enterprise space have offered their feedback on the company's workstation line up and Lenovo listened, announced today are the follow-ups to its ThinkPad P series.

Earlier this year, Lenovo unveiled refreshes to its ThinkBooks, ThinkPad Extremes and even its ThinkReality headsets, but now the company is focusing on updating its relatively new P series of workstations.

Imperceptibly similar to the ThinkPad Extreme line up the ThinkPad P series also represents a push for the overabundance of productivity feature sets and the P73 brings a 17.3 inch screen with a 9th generation Intel Core or Intel Xeon multicore processor as well as NVIDIA Quadro 5000 series RTX graphics that support real-time 3D and VR rendering.

As with most ThinkPads the P73 also comes MIL SPEC up to 200 quality checks for use in extreme conditions that include hot and cold temps as well as passing dust, water or drop tests.

The P53 is the 15.6 version of the P73 bringing much of the same performance and specs. Differences arise in the battery department where the P53 loses the quick charge technology of its 17-inch brethren.

The s-line up represents the more affordable versions of the regular P53 and new P43 SKUs where the company offers a slightly more limited version of the device where 1080p panels are the norm and maximum of 48 GB of RAM on 2TB SSDs.

While all of the above options pack more power than most average people need, the ThinkPad P1 Gen 2 is the perfect compromise of raw power and conventional sleekness.

A little bit of future proofing went into the P1 Gen 2 with support of Wifi 6 for up to 9.6 Gpbs, 3 Thunderbolt ports, optional Windows Hello IR camera and more. 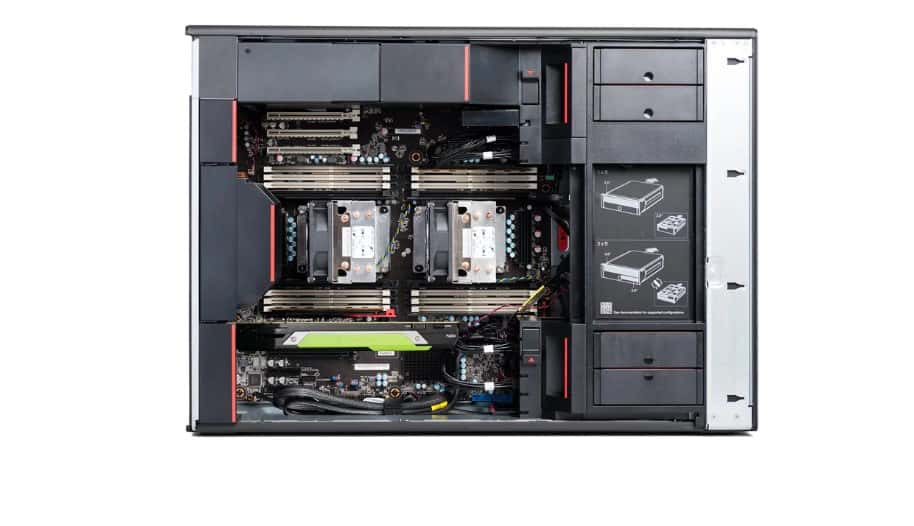 More importantly, the P920 can support Flex Trays drives per bay alongside the towers unique air ventilation architecture which employs air baffle and the use of fewer fans in its design.

The ThinkPad P series isn't your typical laptop or tower consumer play and Lenovo is rightfully targeting people who work in oil, gas, energy industries who need process gigabits of data per minute. I may not be comparing a ThinkPad P1 up against a Huawei Matebook anytime soon, but I can't wait to push one of these laptops to my limits.

Pricing and availability vary with the ThinkStation P920, P720, and P72 only sporting price tags. The P73, P53, and P1 Gen 2 just have a coming soon header above their selections at Lenovo's dedicated P series website.

How to play games offline on your Windows 10 device