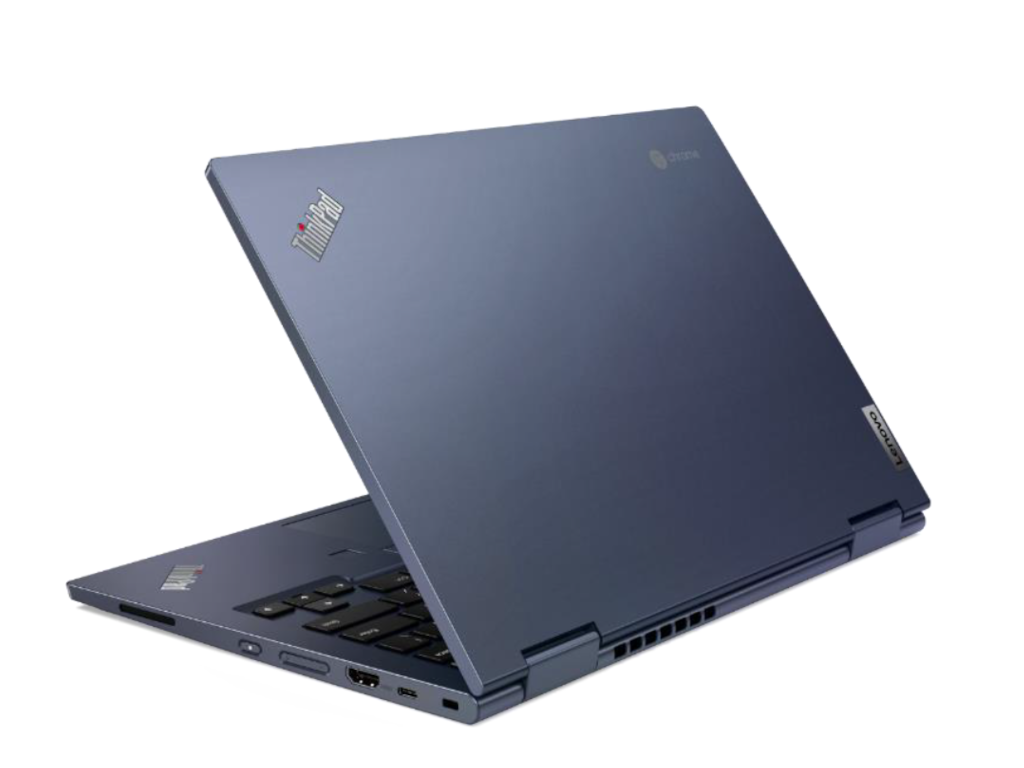 While most of the discussions regarding Chromebooks and ChromeOS center around it’s the relative price and ability to scale as an educational resource, Lenovo has far grander visions for the platform.

Today, Lenovo took the wraps off its new ThinkPad C13 Yoga Chromebook Enterprise that blurs the line between a ThinkPad’s perceived business status and the streamlined consumer experience of ChromeOS.

The C13 Yoga isn’t just a rebranded Windows PC as some OEM’s tend to produce as a measure of manufacturing processing optimizations. Instead, the C13 comes out of the gate powered by up to AMD Ryzen 7 3700C Series mobile chips which Lenovo claims are optimized for enterprise ChromeOS upgrades. Users also get a 360-hinge design with slimmer bezels than come on most Chromebooks as well as a 13.3-inch FHD touch panel. With the FHD touch panel comes support for a pen on the C13 Yoga.

The ThinkPad C13 Yoga comes in the single-color option of Abyss Blue aluminum and starts at $579. As of now, there is no set date for availability, but Lenovo says the C13 Yoga should be available “soon” for purchase.