While many who shop in the PC universe laud the selection choices the myriad of manufacturers offer, the comes a time when even a niche offering has to be called into question and I think Lenovo just stumbled across that threshold with the Thinkpad X390.

For Thinkpad fans, the X390 might feel like a bit of a head-scratcher as Lenovo’s numeric scheme would imply a rather significant jump from last year’s X280 model.

However, it seems Lenovo is justifying the leap by doing more than a simple chip and GPU swap, but instead, redesigning the display parameters to support an all-new 13.3 – inch screen in its relative 12-inch frame and this new design is where the company will need to explain why buyers will now have to choose between the X390 or it other, very similar ThinkPad T490 lineup.

Prior to the upgraded display, the X-series represented a portable post netbook device that became Lenovo’s smallest screen offering at the time. At 12.5-inches, the X280 easily became the device developers would use to spin up VMs for remote work environments for visiting guest or multi-user hotspots for open office use.

Now it seems in keeping up with the times and users demand, Lenovo has expanded the screen, reduced the bezels and refreshed the internals but to the detriment of offering a clear distinction in its product line.

Taking a break from the continuing convolution of the product line, Lenovo has actually done a decent job art offering another decent ThinkPad device.

The new X390 (my review unit) comes with an Intel Core i5 (8th generation) processors with Thunderbolt 3 and “Anti-Fry” protection as well as rapid charge support out of the box. Lenovo’s Anti-Fry protection is something new USB-C converts will appreciate as it helps guard against 3rd party cables from sending compromising voltage to the device. Anti-Fry is something other companies such as late-to-the game  Microsoft should invest in with their upcoming projects.

Following its lineage of “long-lasting” battery performance, the X390 also comes with Rapid Charge to help top off those quick access moments of work. Personally, I found this to be table stakes as most manufacturers are already offering this feature, and the amount of time to get an 80% charge seemed to be pretty standard. In the end, the X390 lasted shy of 7 hours under my standard workload and about 2 and a half hours shorter than the T490 and hour shy of its predecessor the X280 surprisingly. 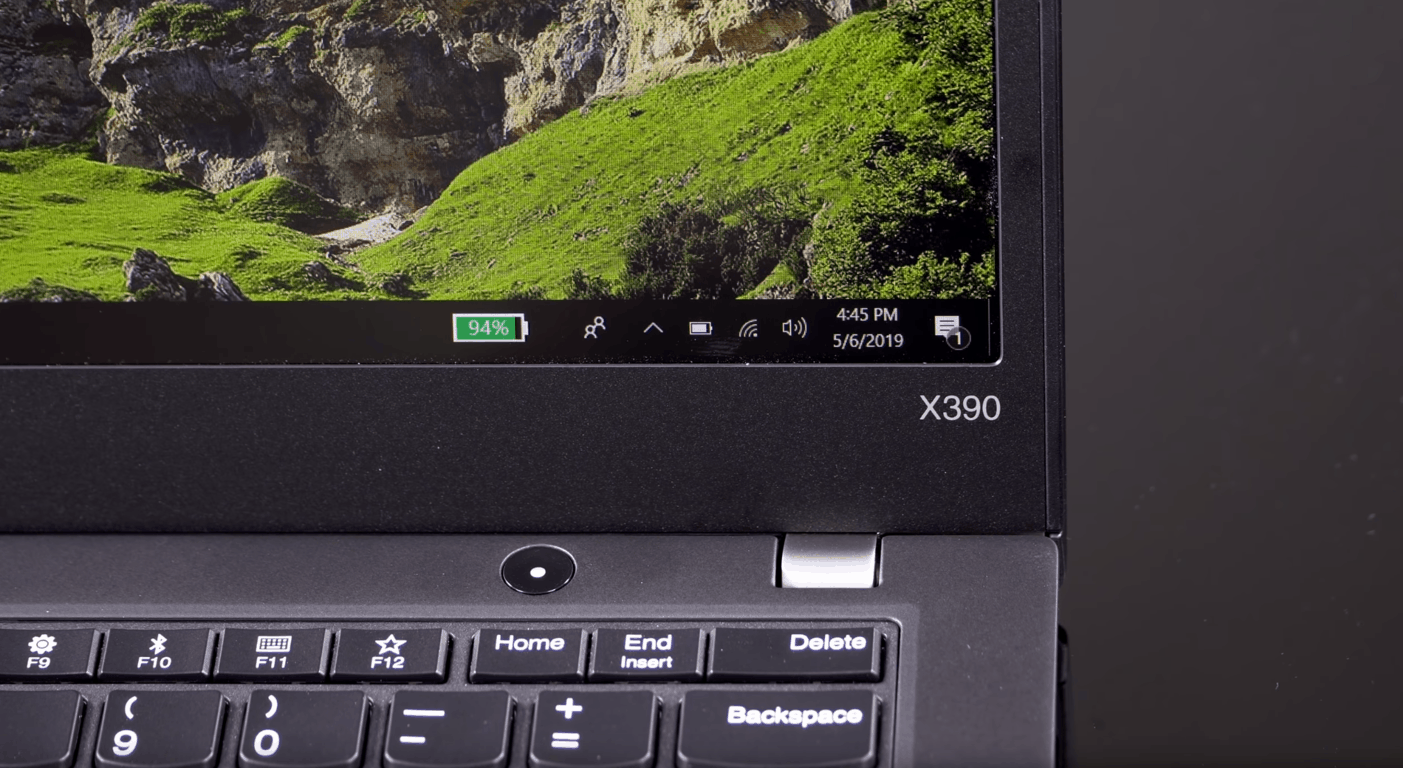 With a larger panel to power, the 48Wh battery that came in the X280  just isn’t enough to power the X390 the same way. While my workload differed day to day, many of the variables remained the same from brightness level to time off of a charger. It should be noted that I enrolled the X390 into the Windows 10, Office 365 and Skype Insider programs as well as used the new Chromium Edge browser as my only internet portal. I suspect anyone making use of Chrome, those numbers my shrink even further.

The X390 comes with the same mil-spec designed previous ThinkPad devices have become synonymous with, including the matte black magnesium bottom chassis as well as a reinforced carbon-fiber plastic lid or a reinforced glass-fiber lid (offered as alternative lid option in some regions.) Despite Lenovo’s claim of a slimming of the chassis by 5%, the X390 feels about as heavy as last years model.

For the model I tested, I got the 13.3 FHD with a measly 300 nits of brightness, but supports an Anti-Glare coating and 10-point multitouch, despite the X390 hinge set up only folds back 180-degrees.

While the bezels were reduced on the X390, Lenovo still increased the overall size of the laptop which means the devices is now roughly as bigs as other PCs in the company’s lineup and being offered at roughly the same price now. 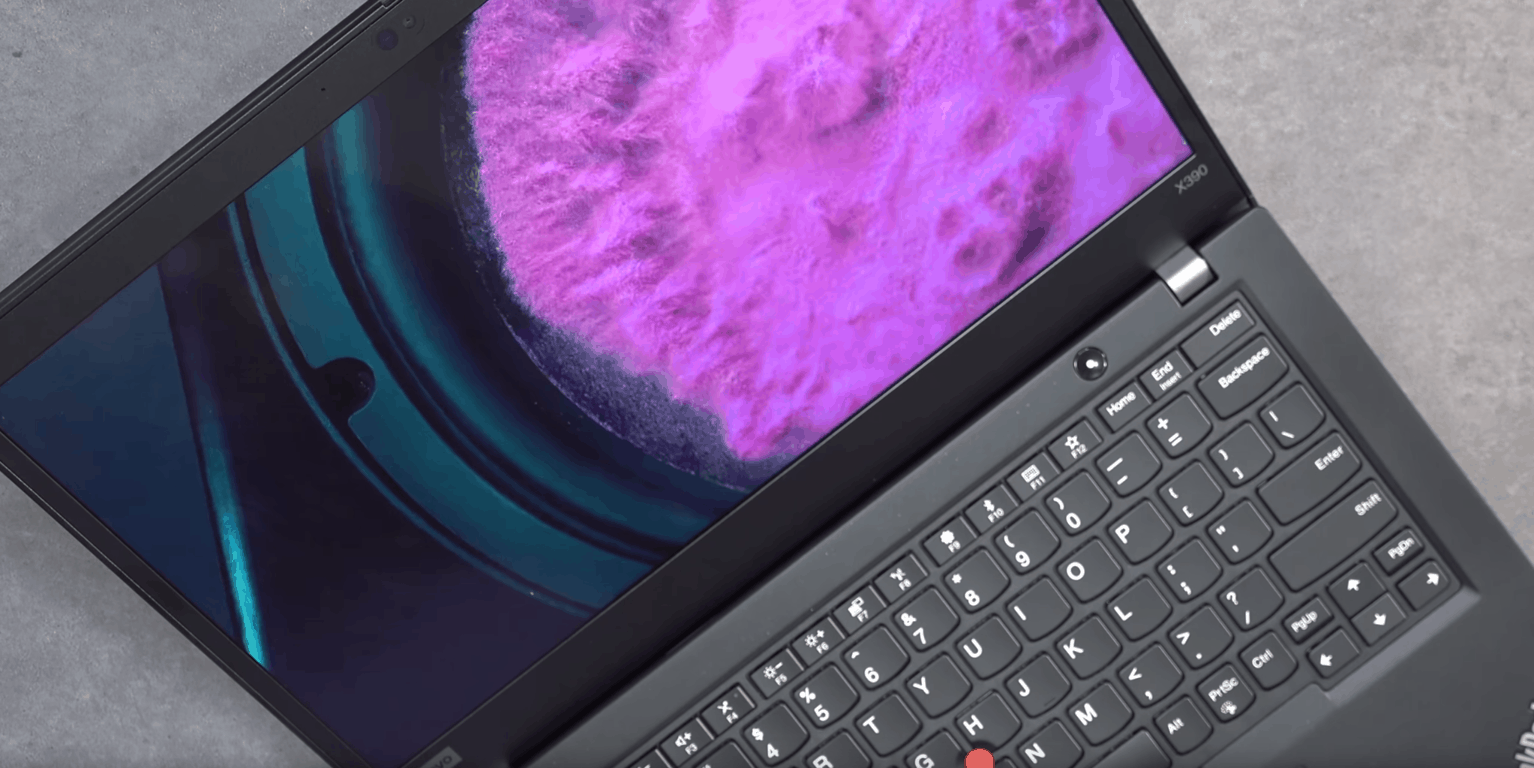 With a slightly larger chassis, Lenovo only iteratively updated its already outstanding keyboard, in the best ways by increasing the area of the touchpad and supporting Microsoft’s arguably better Precision Touch drivers. For more precise movement, Lenovo also packs the iconic red “nipple” (aka TrackPoint) in the lower center of the keyboard.

As I do with almost all ThinkPad reviews, I apply the caveat that these devices are rarely sold as individual purchases and will likely go through some IT Admin’s budgeting portfolio before an end-user gets the final product.

Lenovo’s IdeaPad, All-in-Ones, Yoga’s and Legion laptops are the devices most consumers and tech enthusiasts will come into contact with on a regular digital or physical store shelf.

With that being said, this ThinkPad X390 doesn’t stray too far from its X280 predecessor despite the numbering convention implying that it might. The X390 sports the same great build quality, I/O selection, communication and security features and color accurate displays as most modern ThinkPads. The device runs relatively cool and quiet unless installing a new Insider build, charging a below 10% battery or a photo editor while also working on six Excel docs chalked full of macros.

As mentioned prior, the only real downside to the X390 is that Lenovo offers the ThinkPad T490 which comes in at $846.75 with a slightly larger screen in a relatively small housing.

Obviously, Lenovo has the telemetry on how well their new line up of its devices should fare but I personally think the company needs to streamline its lineup. In the meantime, the X390 looks and feels like a modest upgrade over the X280 equipped with up to 16GB DDR4-2400 memory and a 512GB SSD it’ll make for a solid workstation for most employees but doesn’t move the excitement meter in either direction.