Intel's Ultrabook push has been humming along at a successful clip for the last ten years as its requirements have reduced the weight of laptops, extended battery life, introduced new and modern I/O, and refined display technology for both creativity and consumption.

However, in the last handful of years, the Ultrabook push has arguably stagnated where the only significant changes introduce an incremental speed and performance bump from updated chipsets. So, once again, Intel is looking to reinvigorate the industry with an Ultrabook 2.0 effort it's dubbed EVO which raises the requirements for what thin, light, and productive means for laptops, and Lenovo's ThinkPad X1 Nano should be considered the poster child for this effort.

The X1 Nano looks much like its fellow X1 brethren. As a fifth-generation release in the X1 lineup, the X1 Nano maintains the sleek ThinkPad matte black color scheme with a red and gray-letter logo in the top right of the laptop. Vents, CPU exhausts, speaker grills, and all other outward millings can be found in the same spots as the X1 Carbon. 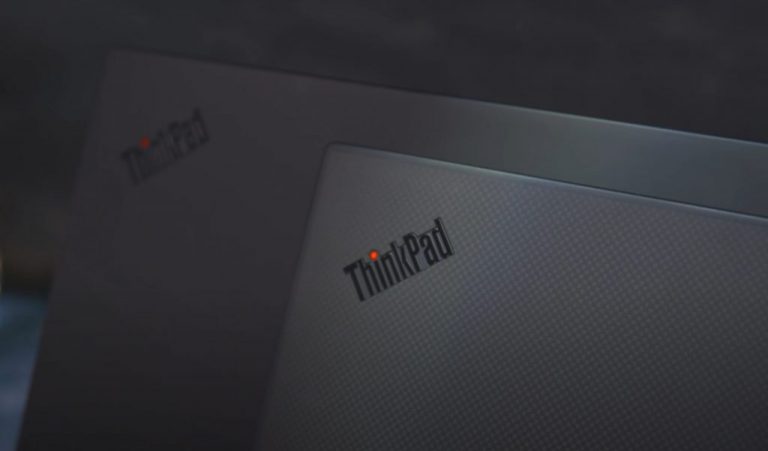 The big difference is in the weight and dimensions of the X1 Nano. True to the Nano nomenclature, the laptop weighs 1.99 pounds and because of the new screen aspect ratio, it's also a tad more narrow than other X1 devices. The marketed 1.99 pounds is noticeable immediately upon opening the ThinkPad X1 Nano package and is a testament to the engineers who managed to mix the carbon fiber lid and magnesium alloy base to produce such a lightweight device.

While it's hit the EVO marker for reducing the overall weight of the machine, Lenovo did have to make a few tweaks feature-wise with the first being the removal of the last bastion of "traditional" I/O in the USB-A port. Most ThinkPad's retain the greatest number of ports than any other laptop in the industry, but the X-lineups have been quickly moving towards thinness and minimalism and eschewing the I/O that hinders those girls. Instead of a USB-A port, users get two USB-C Thunderbolt ports that support to power two 4K monitors, up to 40Gbps speeds and 100-watt charging. It should be noted that it's also costlier to add a Thunderbolt 4 USB-C than it is to chuck a USB-A port and that difference is reflected in the price tag for the X1 Nano.

I mentioned in my first impressions how impressive the panel on this X1 Nano is, and after a few weeks with it, I still feel the same way. The anti-gloss coating feels like a refined matte finish but keeps the same sort of clarity an all-glass screen does. The 13-inch panel that makes use of a glorious 16:10 aspect ratio is super sharp, bright, and clear.

For anyone used to the standard 13-inch laptops, should notice the improved web and app experience thanks to the taller screen, however, heavy YouTube, Vimeo, or Netflix streamers will need some time to get used to the extra black space around their media, and the casual creative can for about touch and inking on the device because it's not touch-enabled. In exchange for those losses, users do a slight reduction in the bezel profile usually associated with the X1 lineup. 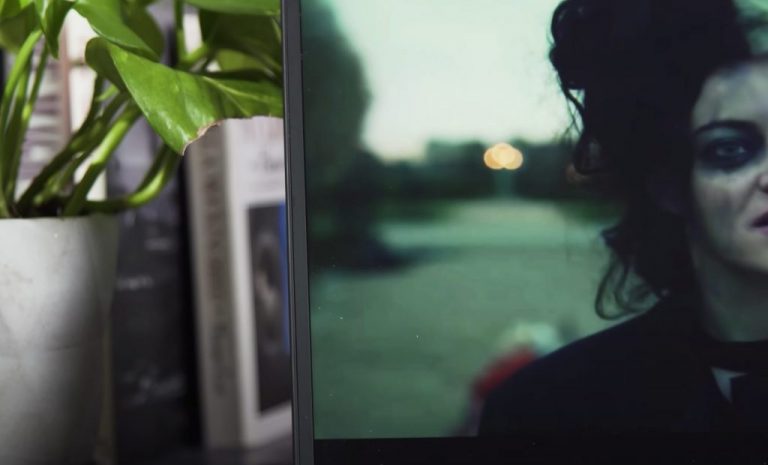 Through the Lenovo Vantage app (which comes as pre-installed OEM bloatware that I recommend) users can adjust their color and light profiles for their screens and digging even further, installing the Intel Graphics app from the Microsoft Store users can squeeze even more screen performance from their panel.

The X1 Nano comes with the traditional ThinkPad layout, but due to its compact size, muscle memory brought over from a larger X1 Carbon, older XPS13, or similar sized 13 to 14-inch laptop will cause some havoc on a user's typing experience early on. The keyboard profile does feel a bit more cramped than accustomed to with other ThinkPad's of similar screen sizes. I found myself randomly capitalizing letters as my (fairly chubby) fingers graced the closer Caps Lock button as well as adding semi-colons as my pink brushed up against the punctuation keys on the other size. This may be a personal experience but I thought it should at least be noted for this review. 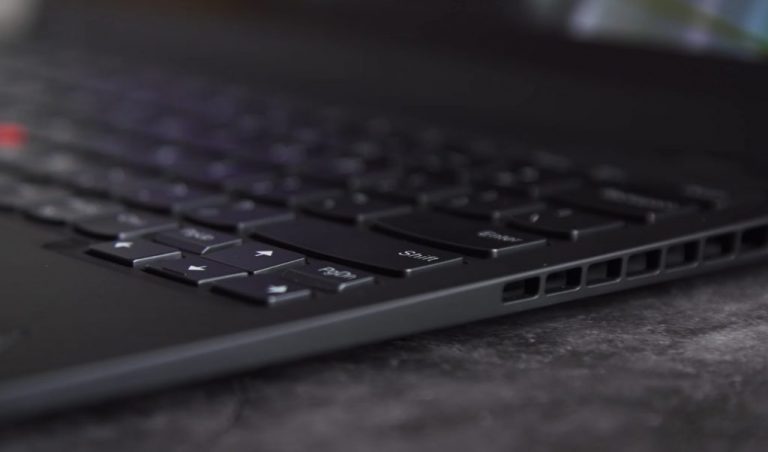 Aside from the slightly smaller keyboard footprint, the Nano's keyboard feels every bit a ThinkPad keyboard with the same U-shaped chicklet style and increasingly shallow key travel that's evolved over time. As for the trackpad, I did find myself having issues with right-click on the trackpad. During my testing, it would randomly register right-clicks even when I pressed hard on the top and bottom corners, I found myself resorting to using the left and right buttons above the trackpad instead.

The battery on this device is rather impressive. It's been hard to use any other device that isn't the Nano thanks in large part to its lower-powered processor architect to sip battery. I easily pulled 11 hours of charge four days in a row with moderate to heavy use. The EVO platform does make use of some aggressive battery-saving tricks such as shutting down the screen when seconds after the IR camera doesn't register your presence. While useful, putting the device to sleep and waking it up for only a momentary distraction does get annoying sometimes.

There is an 11th-gen Intel Core i7-1160G7 quad-core processor on this machine capable of spreading processes over eight threads and integrated Iris Xe graphics. Yet with all this newfound processing power, I was only able to play moderately graphic-intensive games at a steady 28-31FPS's.v I tried testing Tom Clancy's Rainbow Six Siege for PC, Forza Horizon 4, and the latest Gears. My less graphically intense games such as Sea of Thieves, State of Decay 2, or Project Winter look great on the machine and are playable but only medium settings or below. 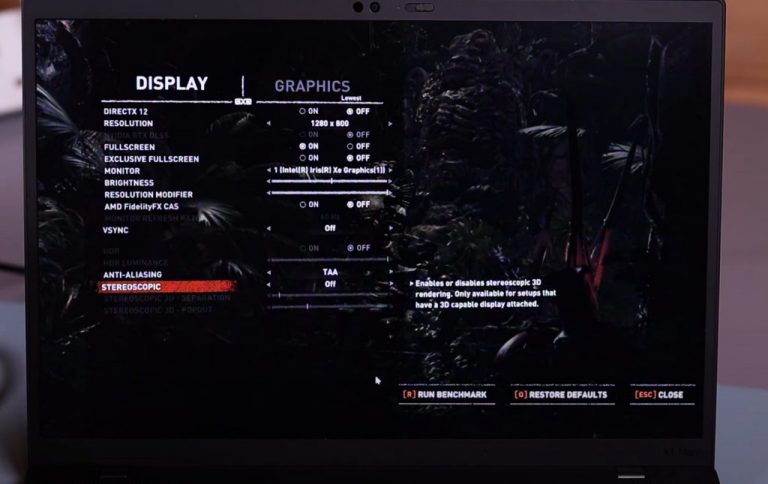 When stressed the embedded fan does whirl up with significant noise. Despite its smaller than usual chassis, the Nano does pretty well at dispersing heat and doesn't get too hot during use or gaming. The Nano is fast and graphics, audio, and video editing are mostly a pleasure to do on the device, barring any screen size limitations. Working in a couple of older CAD projects did manage to slow down the device on a handful of occasions but I don't normally make use of CAD in my workflow so it's only something I'm noting for this review. During my review period, I edited a couple of audio tracks for our podcast, edited personal video projects, and I did a ton of image manipulations or for work and the Nano breeze through it all.

As I mentioned, I did some audio editing, but I couldn't really rely on the front-facing speaker set up on the Nano. The sound pushed from the Nano is light and tiny with a bit of artificial processing involved, but that's more par for the course for ThinkPads.

Intel's EVO platform really shines on Lenovo's X1 Nano hardware plain and simple. I know Intel makes its own reference hardware to showcase the benefits of its latest chips set but it really should just parade around the X1 Nano. The beautiful anti-gloss 16:10 panel offers amazing viewing angles and a sense of ease for those who might be OCD about fingerprint oil smudges gathered by the screen pressing against the keyboard. The engineering teams should also take a victory lap for constructing a super lightweight device with the battery and performance familiar with other ThinkPads. If and when people are commuting on regular basis, the X1 Nano's lightweight footprint should be fully appreciated by users. Beyond the build and performance, I'm most impressed with the battery life. After an avalanche of Apple MacBook M1 coverage praising the extended battery life of that laptop, it's nice to see PC users quietly get a device that can compete on many of the same markers.

Visit Lenovo's website or Walmart to get the ThinkPad X1 Nano model used in this review.