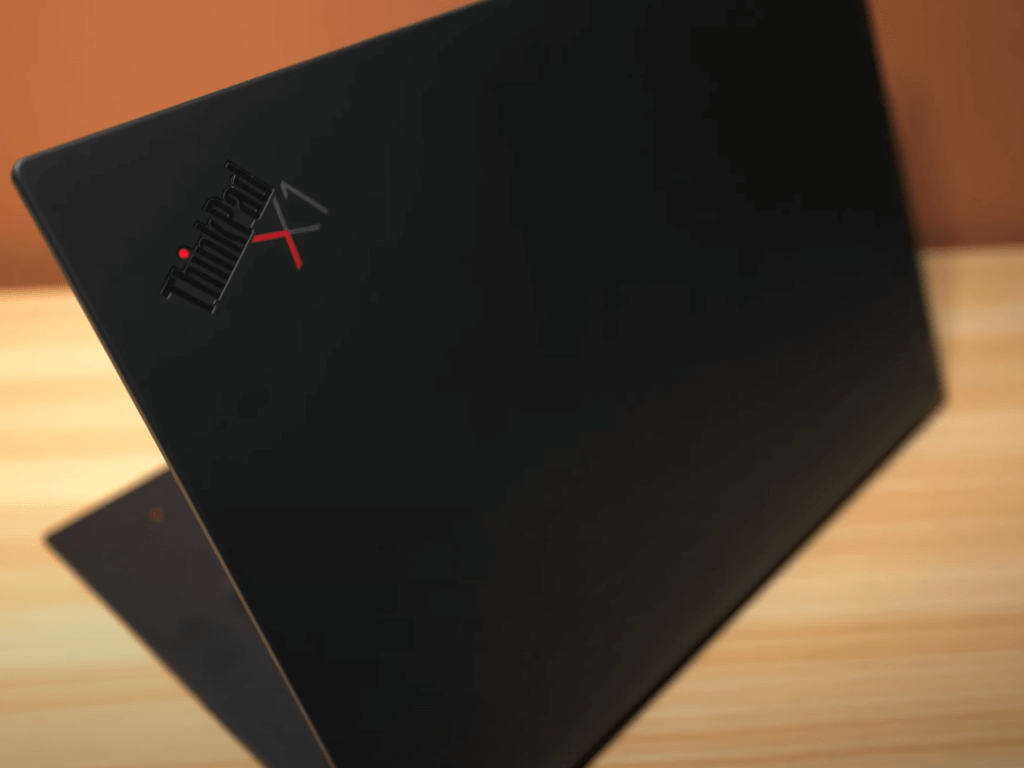 In the age of sleek and powerful laptops, Lenovo has rolled out its 2021 competitor in the ThinkPad X1 Extreme Gen 4 notebook.

As a fourth-generation release, there isn't much in the way of design that has changed this go around, but the X1 does bring a couple of noteworthy changes that keep it competitive against its biggest rival in the Dell XPS15 as well as the onslaught of M1-powered MacBook Pro churn journalism.

As I mentioned, the ThinkPad X1 Extreme Gen 4 looks very similar to the Gen 3 model with the only stand out change being the overall screen size that's been saddled at 16 inchs rather than the more traditional 14 and 17-inch solutions.

Speaking of the screen, buyers will be greeted with either a 16-inch WQXGA anti-glare panel with either a resolution of 2560 x 1600 (2K) or 3840 x 2400 (4K) depending on the configurations. Top model panels come equipped with touchscreens covered in anti-smudge technology as well as Dolby Vision, HDR with up to 600 nits of brightness. 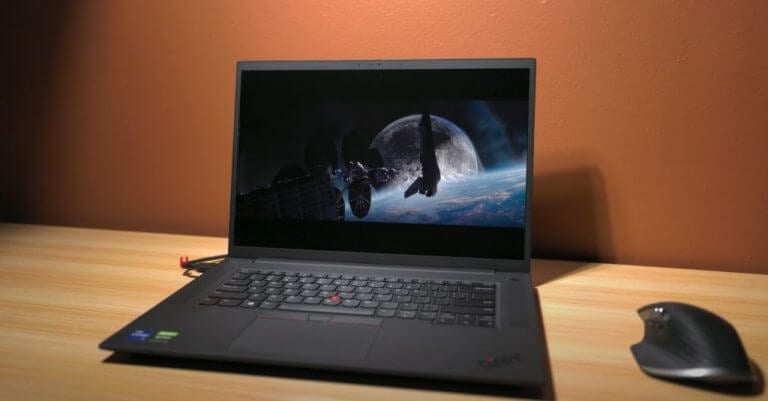 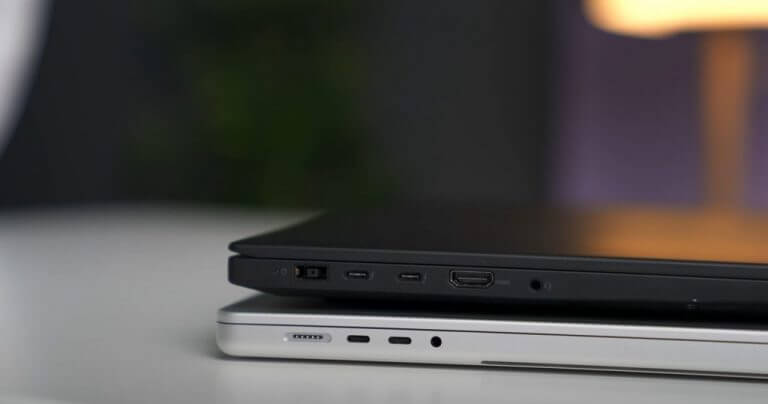 Charging on the X1 Extreme Gen 4 uses a proprietary power-in connector, fortunately Lenovo has been pushing this connector and port combo onto customers for the past four years, so there should be a level of acquaintance with previous Lenovo customers and this semi-USB A like solution.

Lenovo is forgiven with going for this weird charging solution over an USB-C type charging connection because the Gen 4 model comes with a larger battery than previous models and powers a much beefier GPU than before.

Users can choose from 130W, 170W and 230W charger options with the latter able to do quick charging of up to 80 percent in one hour.

Other changes that come with the Gen 4 include a new placement of the speakers which now are top-firing like the cousin-models of the base X1s and MacBooks.

Speaking of speakers, the audio from the Gen 4 is better, but still trails behind the fidelity of a MacBook or Surface. 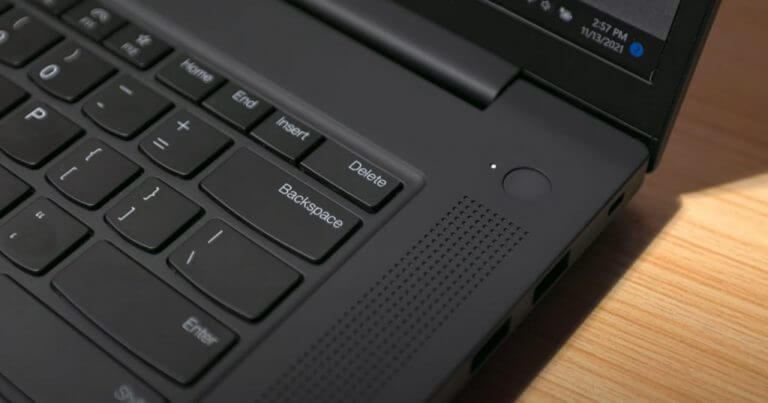 As for the other intangibles such as web cam and bio-authentication, they all remain the same, stuck at 720p resolution for the camera and fingerprint reader embedded in the power button.

Overall, the X1 Gen 4 maintains a sleek sub 4lbs feel and the looks are as minimalistic as most other ThinkPad's. While the Dell XPS host is very distinguishable look and feel, the Xtreme Gen 4 is a subtle black box that focuses on a balance of power and heat fairly well.

Here is where I believe Lenovo spent the right amount of focus on with the Gen 4 and its calibration between integrated Intel H-series CPUs and the beefier RTX 3060 Ti.

The TLDR of the Gen 4's approach to graphical performance is that the unit makes better use of the vapor chamber than in previous models, which keeps its cooled much better while topping out the TGP at 88W.

When comparing this model with previous ones, the addition of the RTX 3060 Ti proves to give users a noticeable 45% boost in graphical performance when plugged in, but only 15% when on battery.

As for CPU, the Gen 4 toggles between boost modes pretty effortlessly while maintaining a decent 55W consumption peak allowing for longer high-performance task and calculations to occur and overall CPU performance.

Unfortunately, these gains are only seen on power, when on battery the device gets slightly worse performance while capped at 55W.

To squeak out more raw performance, customers can configure their Gen 4's with up to 64 GB of DDR4-3200 memory via the two SO-DIMM slots that are fairly easy to get to. 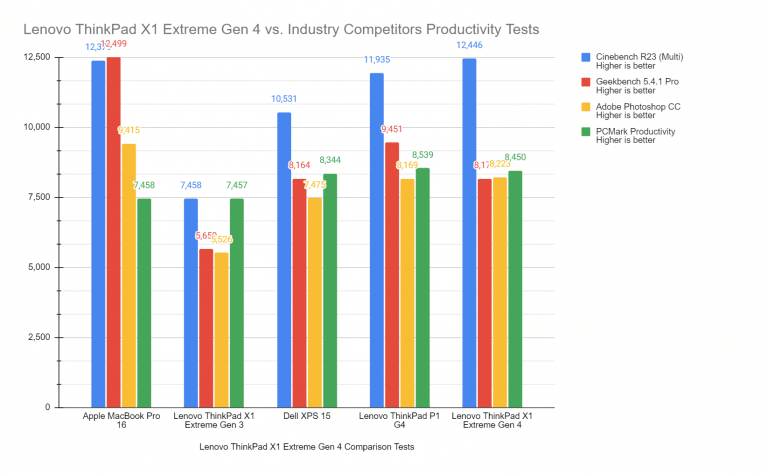 With all the synthetic test out of the way, my real-world experience with the Gen 4 was mixed. My jubilation of more GPU performance was dampened by constant reminder to stay near a power source.

The Gen 4 outperformed other laptops in a wide range of workloads and tasks but was ultimately knee-capped by the throttled performance when on-battery. 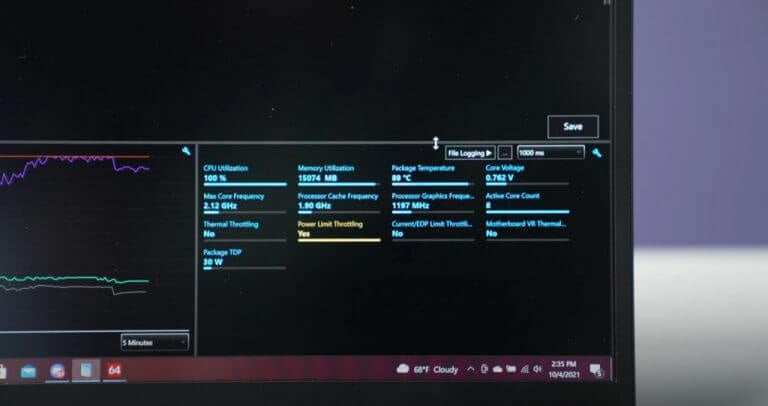 Tasks such as editing multi layered polylines in AutoCAD were a breeze when the device was plugged in and I didn't mind whirring fans, but to keep the device semi cooled when on-battery, the task got a bit choppier.

For relatively less strenuous tasks such as rendering several 1080p video layers and playback the Gen 4 and its RTX 3060 Ti were just fine, both on and offer power supply.

Navigating through apps such as NetSuite, multi-account Google Ads Editor, Photoshop, Premier, Da Vinci Resolve, and Alteryx Designer with Power BI plugins were pretty smooth most of the time.

In terms of the non-work-related performance, the Gen 4 does a surprisingly good job of gaming, maintaining 70FPS on games such as Far Cry 6 and GTA 5 while only dipping a bit for first-person-shooters such as Battlefield and Halo Infinite. 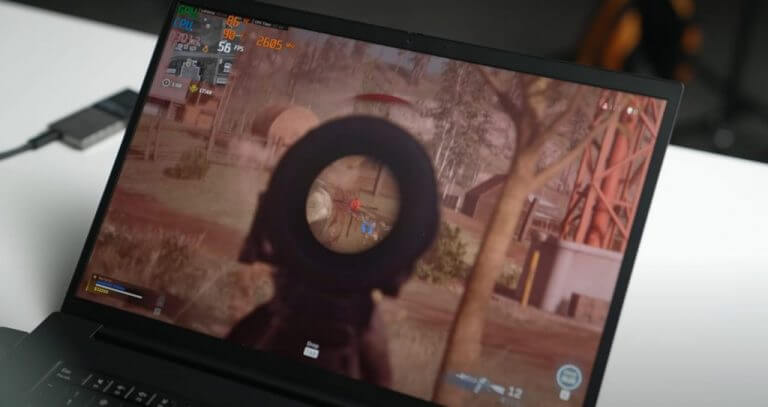 Keep in mind, the pre-built customization from Lenovo will handicap the gaming performance out of the box because of the way the memory is pre-configured. With a quick change to the dual channel slots, you'll get the most of out the device.

UPDATE: when adjusting the memory, frame rates to games such as Call of Duty Warzone jumping from 50 to 60 FPS to almost 80 with no dropped frames.

So, I believe with a few quick manual adjustments from a base model of 16GB to 32 or 64GB or memory pushes the Gen 4 beyond the XPS15 at this point and allows the device to go toe to toe with Apple's ARM marvel in the M1 powered MacBook in terms of overall performance.

Understanding this is a Windows machine with an Intel CPU at its heart should prep any buyer with right mindset to make the most of the occasional fan noise, heat and battery drain from really pushing this device.

While much of the Lenovo computer line up can be a head scratcher with overlapping product categories, the Gen 4 is clear buy for anyone who favors a truly portable workstation.

Yes, there is the P-series and its thicker cousins in the T and L lines, but when it comes to totting around relatively compact PC equivalent of MacBook Pro right now, the options are the Gen 4 and XPS 15 and the Gen 4 offers better overall CPU and GPU performance.