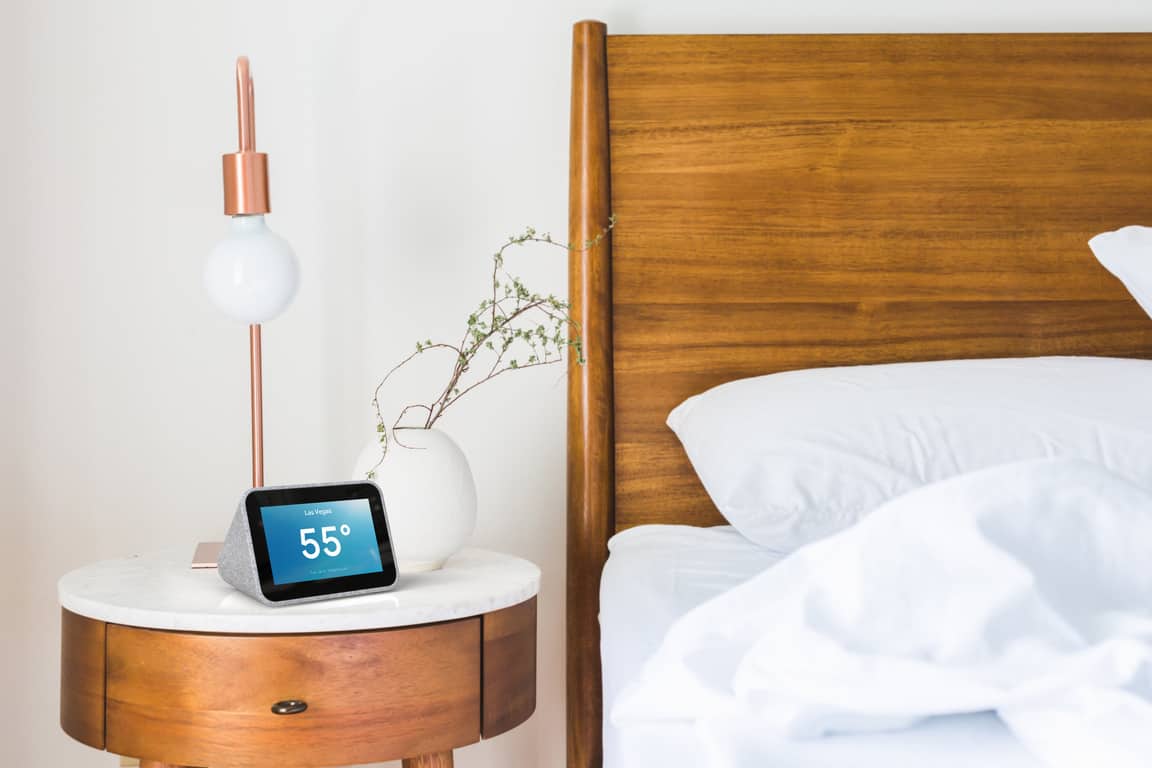 While not traditionally known as a purveyor of clocks and smart screens, Lenovo is joining the parade of manufacturers who are building out connect experiences through platform flexible digital assistants.

Similar to Google's Home Hub, the Lenovo Smart Clock comes with particularly soft fabric-covered exterior and four inch-IPS screen. Lenovo designed the Smart Clock with nightstands in mind as the clock "delivers visual experiences when you wake up, and when you're ready for sleep." 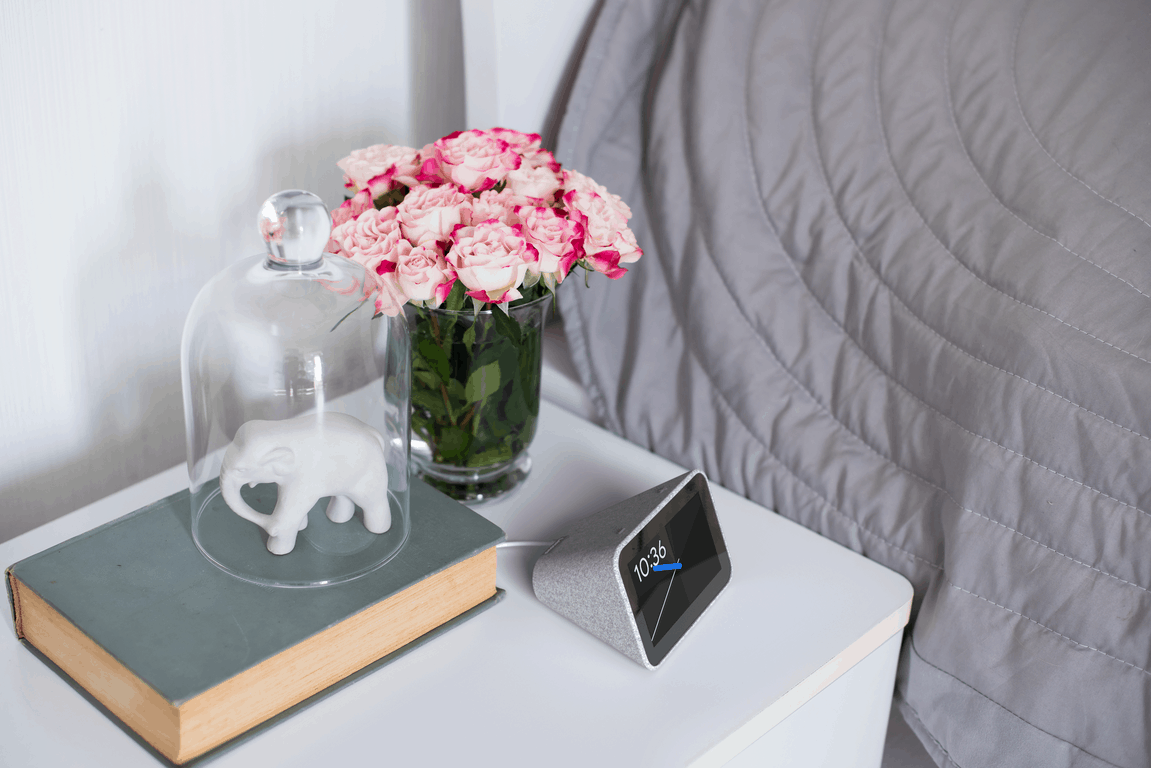 In addition to looking a lot like the Google Home Hub, the Smart Clock also operates in a similar fashion with support for Google's Assistant's gentle wake-up routine, "Hey Google" voice commands for alarms, music play, and calendar management.

Powering the audio on this tiny bedside device are a full-range 6W speaker and two passive radiators tuned with Dolby's background noise reduction. 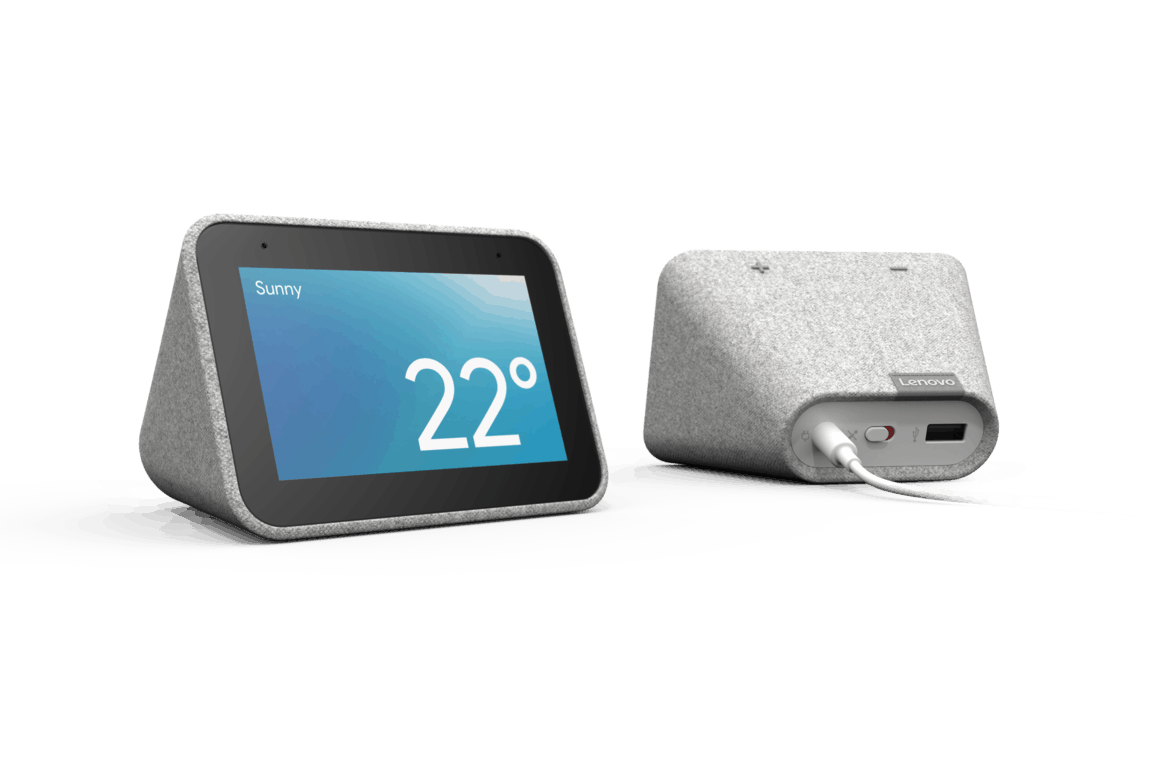 While intended for the nightstand, the Smart Clock can also function as a home hub with hands-free voice support for playing audio across multiple devices in separate rooms with Chromecast.

The Lenovo Smart Tab is as described, an Android tablet that converts from a handheld experience to a Smart Screen via Lenovo's Smart Dock technology. 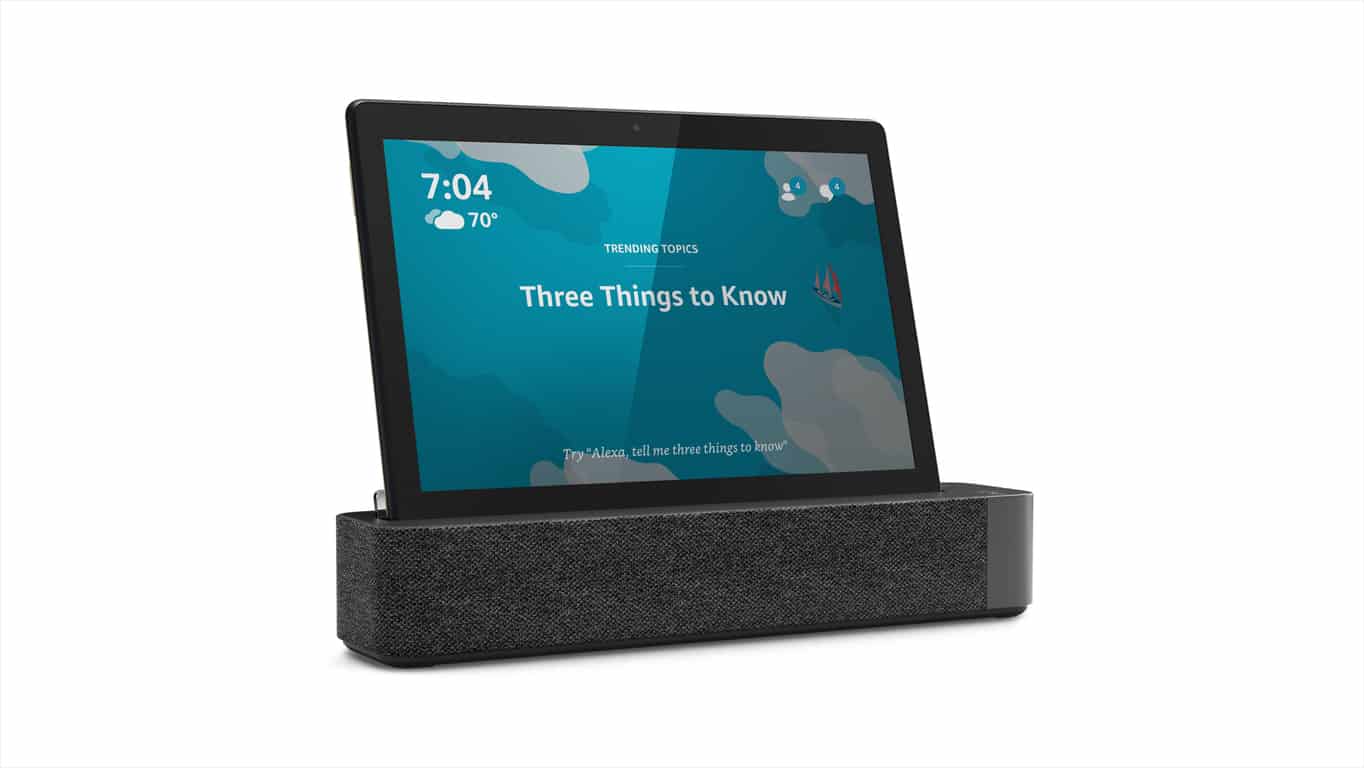 Both the M10 and the P10 come with FHD multitouch displays, a Snapdragon 450 processor, up to 4GB of RAM and 32 GB storage capacity.

For $199 US, the M10 offers a max of 3GB of memory, 32GB of storage, a smaller battery at 4850 mAh, and fewer sensors and lower resolution camera options. 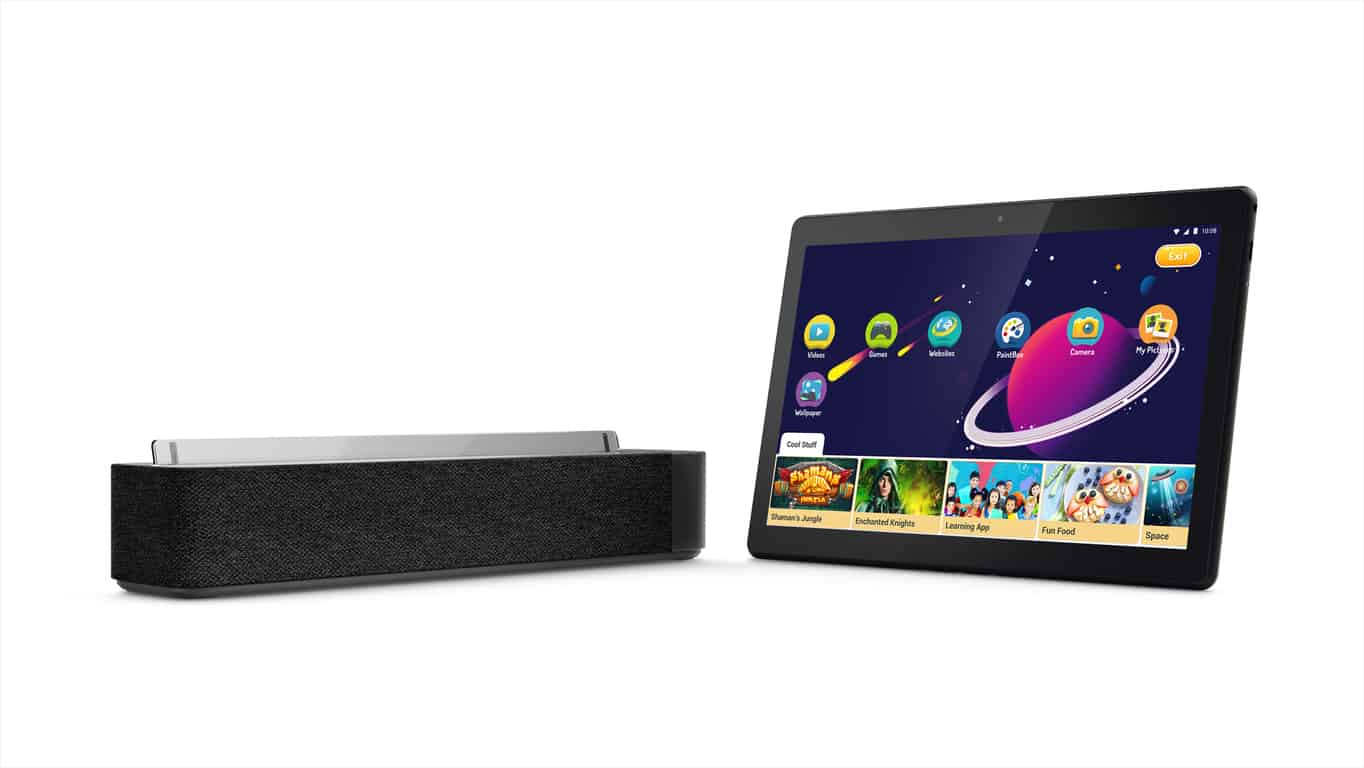 However, shelling out an additional $100 for the P10 gets buyers 4GB of memory, 64GB of storage, larger 7000 mAh battery, 4 front facing speakers (instead of 2), higher resolution cameras as well as a fingerprint reader for security. 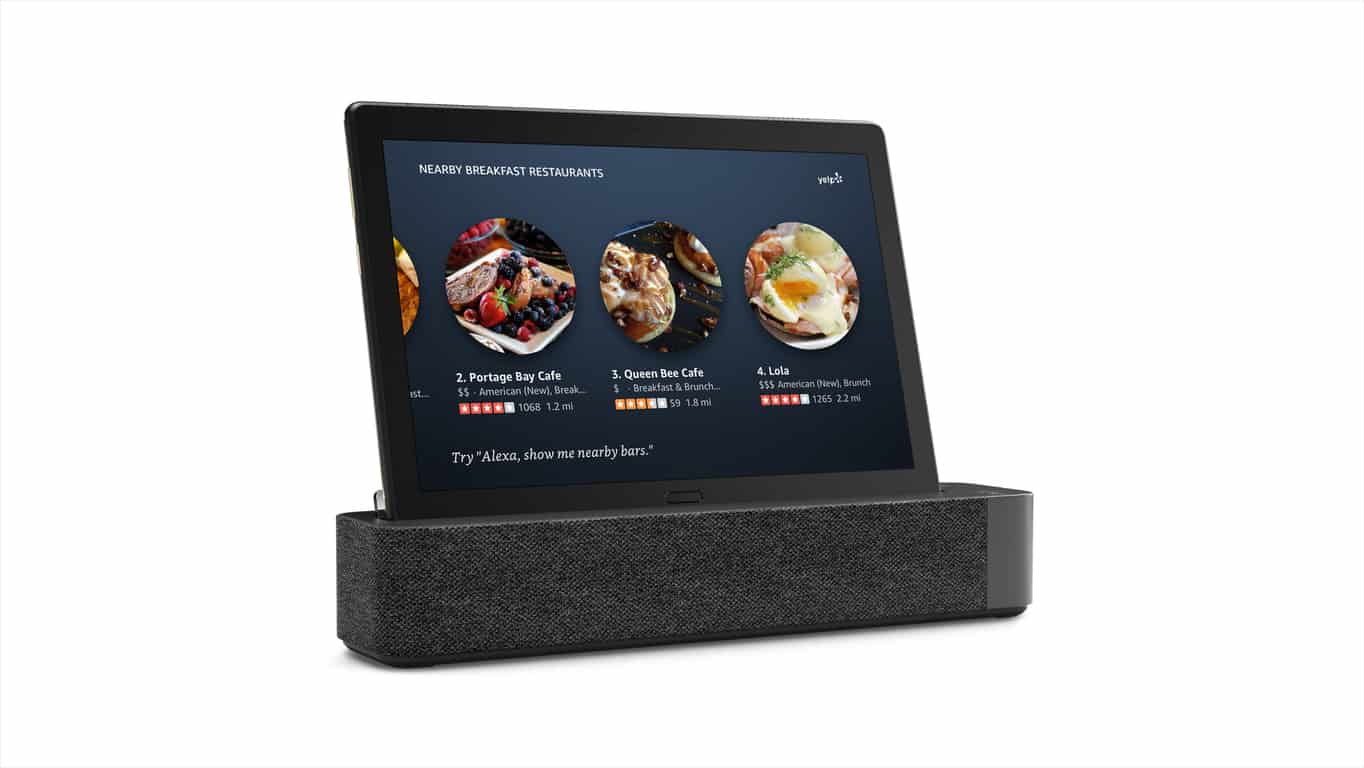 Lenovo's accessories development has shown some tremendous growth in 2019 and it'll be interesting to see how its new products trickle into the home and workspaces of its customers in 2019.