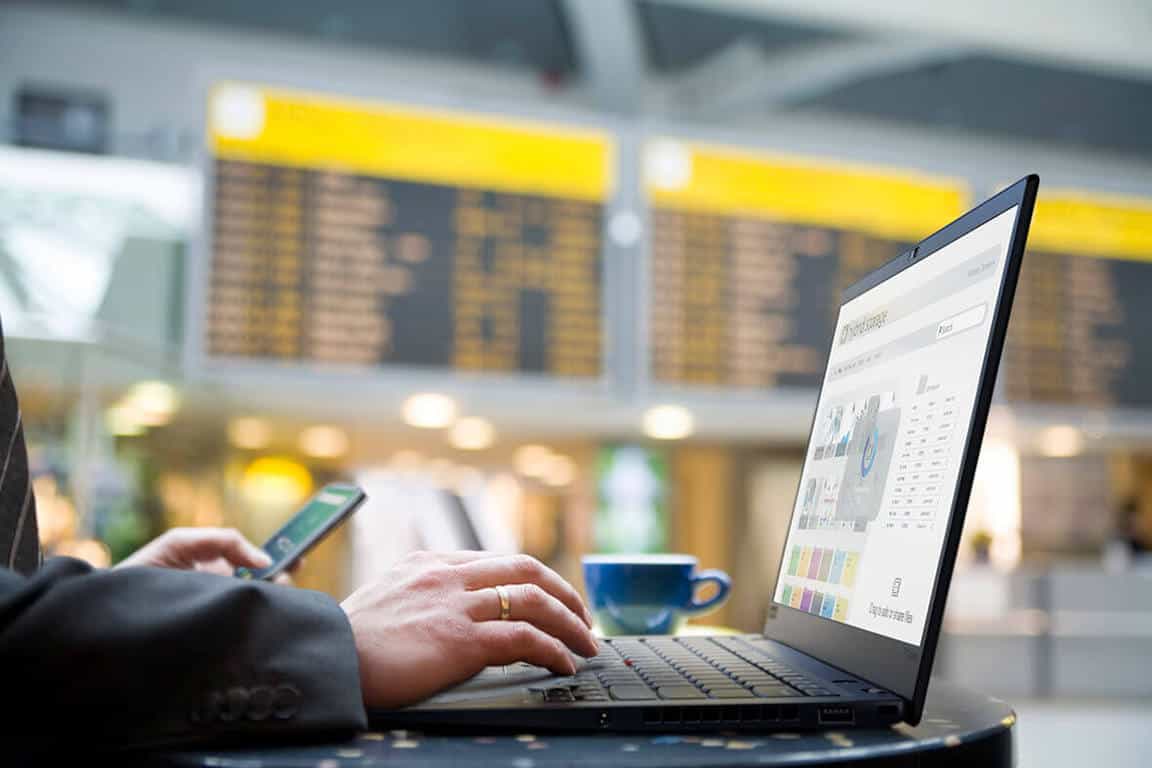 Per Intel’s architecture roadmap, the Comet Lake release signifies the company doubling down on 14nm development and squeezing a few more years out of the engineering process while offering even more “productivity” power.

Devices with Comet Lake processors will be sporting up to eight-core processing power and follow Intel’s new Athena marketing for the year. As part of a way to market the seemingly step backward in chip development, Intel is now branding its new chip as part of an ultrabook rebranding under the name Athena and new prerequisites users should come to expect from device donning the new branding. 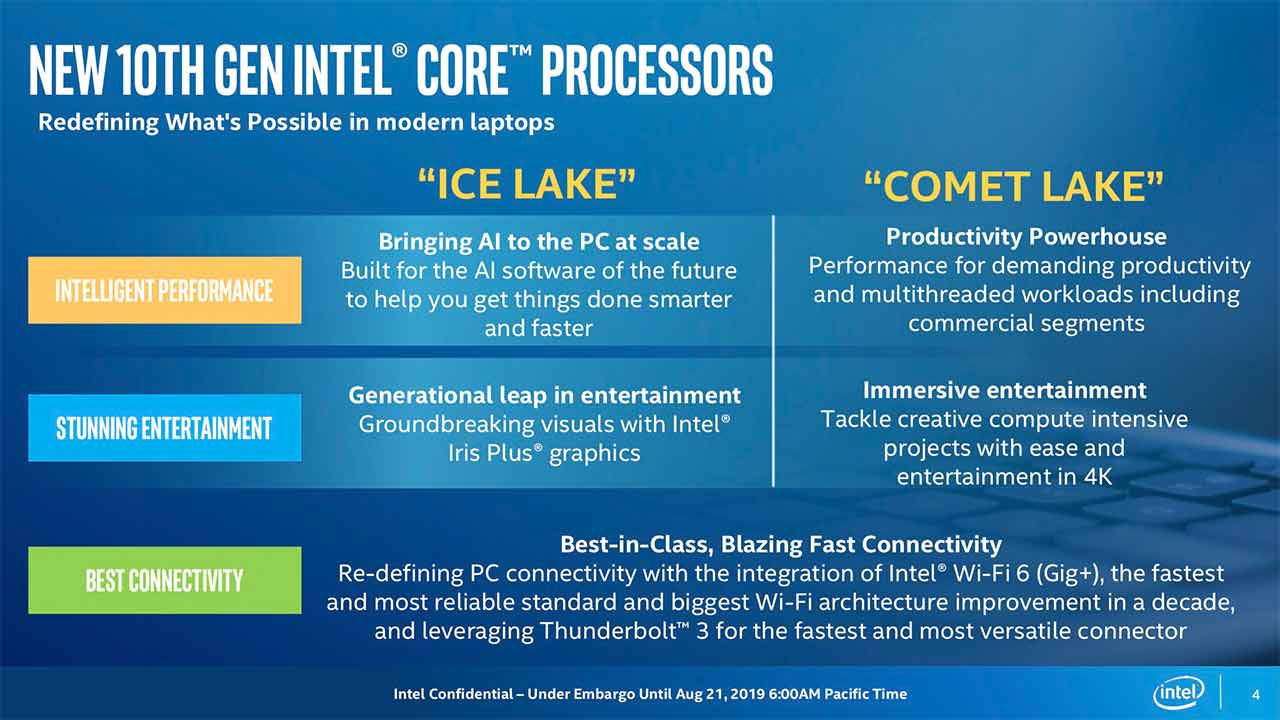 Athena-ready devices should come with the latest Wi-Fi 6 connectivity, a minimum of 10-hour battery life and 8GB DRAM dual-channel mode.

Out of the gate, Lenovo is using its ThinkPad line up as a testing bed for Intel’s Athena, 10nm eight-core processors. 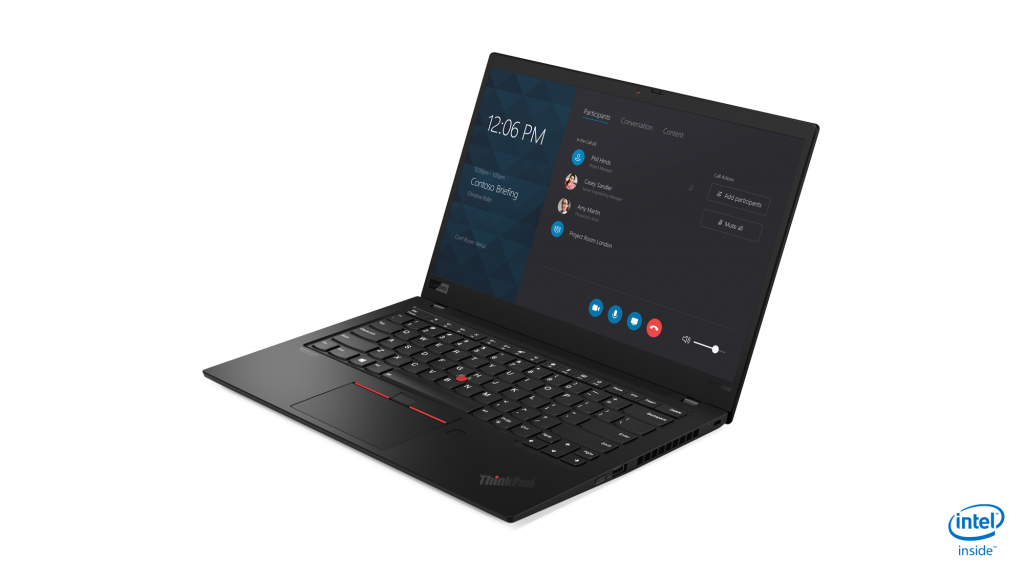 Of course, the flagship ThinkPad X1 Carbon is getting the 10th generation Intel processor, but its also getting a few more tweaks for 2019 such as a boost in battery performance with up to 18 and a half hours of on-screen time, global LTE-A Wireless WAN and new Wi-Fi Gig+ option for always-on connectivity. 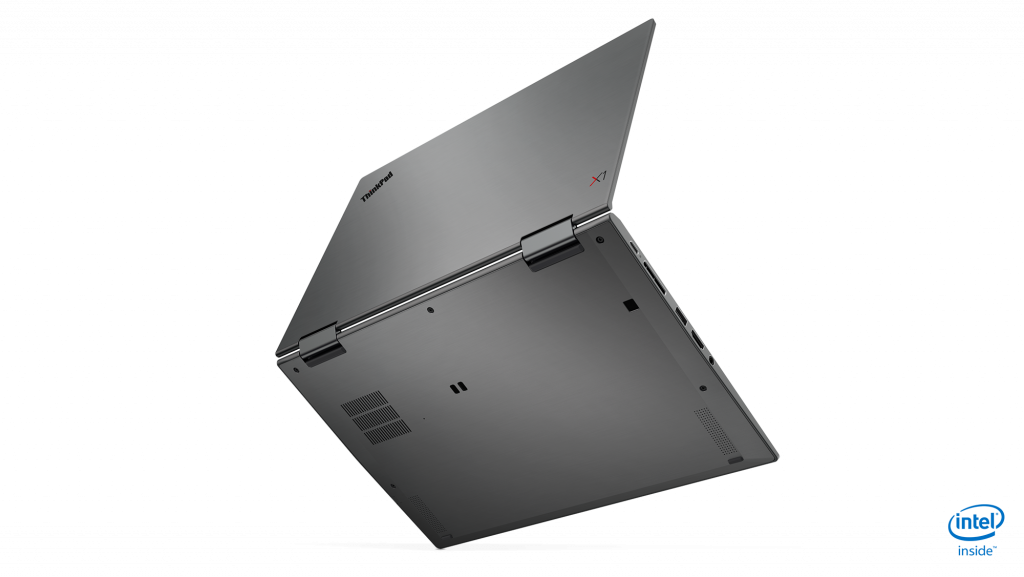 The Yoga variant of the ThinkPad X1 comes with many of the same features as the more traditional clamshell version including:

The differences show in the weight of the device with the Yoga weighing slightly more with its precision-machined aluminum chassis at 2.9 pounds versus the carbon fibered clamshell version at 2.4 lbs.

The other big differentiator is the Integrated ThinkPad Pen Pro that comes in the box and enables multi-mode pen input on the device. 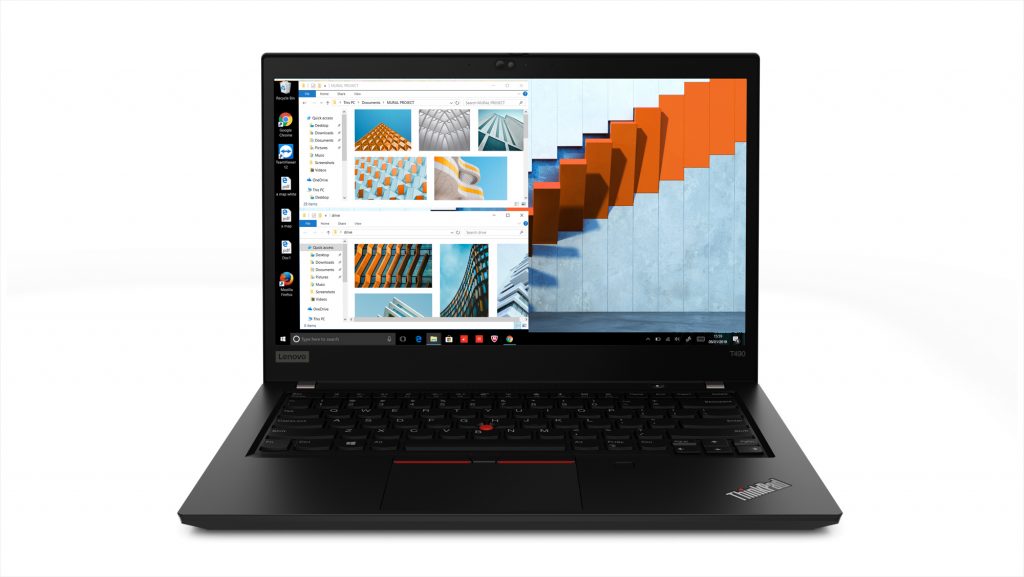 Some lower model ThinkPad’s are also getting Comet Lake treatment with the T490 getting a refresh.

Per Project Athena branding, the Lenovo ThinkPad T490 is claiming to sport 15 hours of battery life as well as Global LTE-A Wireless WAN and new Wi-Fi Gig+ and meets the minimum “thinness” guidelines with its 3.23 lb footprint. 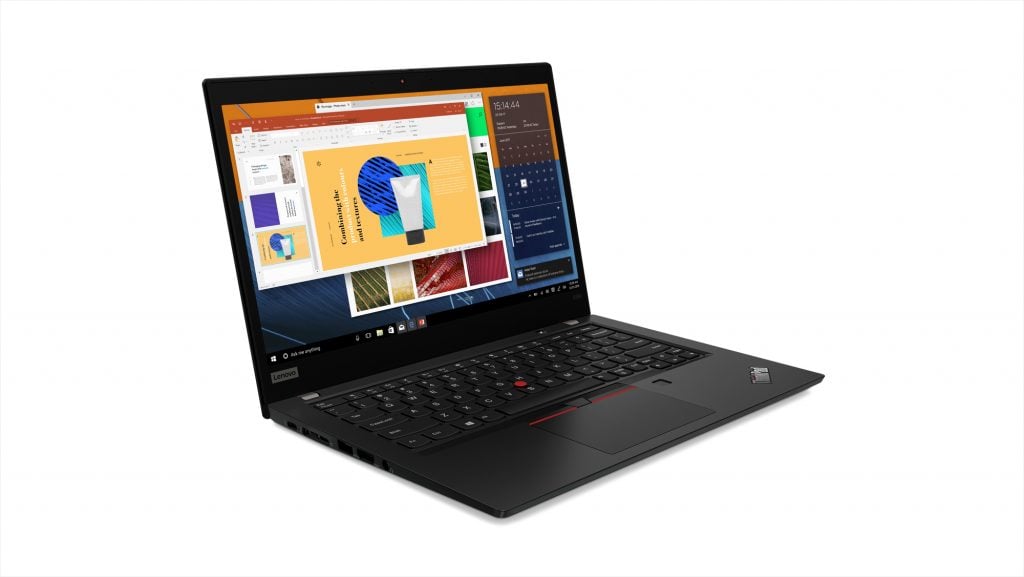 Similar to the T490, the X390 offers up productivity at affordable prices with a few fewer features in its checklist but more configurations available. 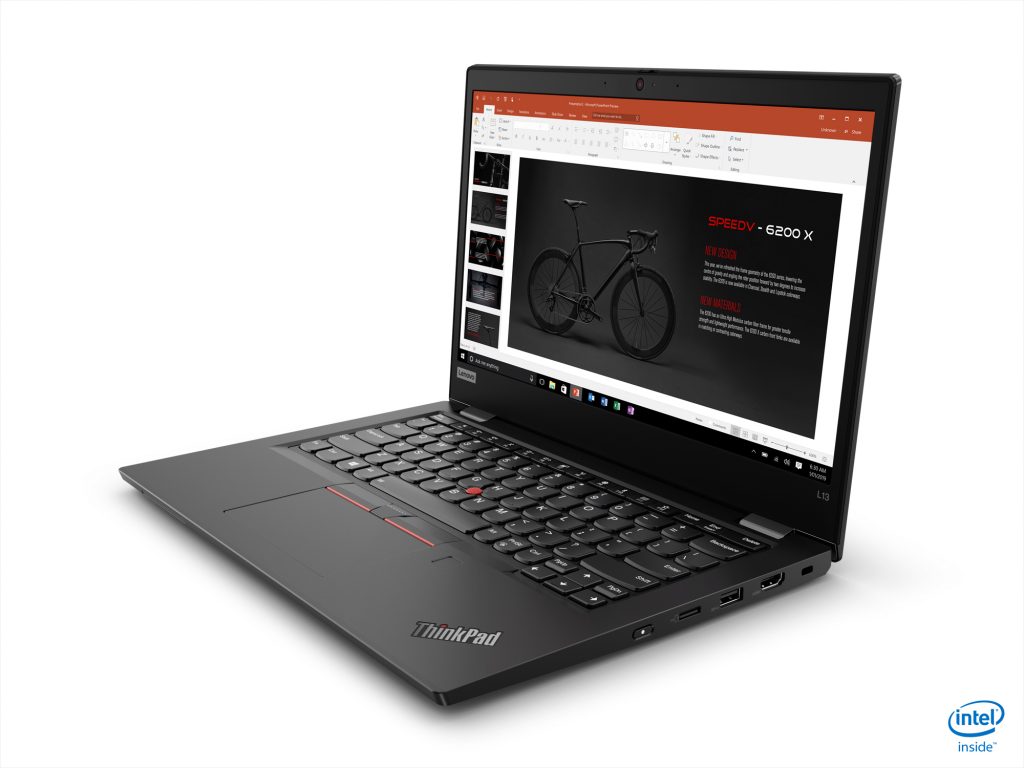 Lenovo managed to further thin the bezels on its ThinkPad L series offering the same 13-inch screen size while reducing the overall footprint.

In addition to getting some Comet Lake love, the L13 also offers cheaper and less powerful configurations with a Celeron and i3 processor options.

The L13 comes in at 3.1 pounds with a decent display that gets up to 300 nits on an FHD IPS touch panel and up to 14 hours of on-screen time and rapid charge technology. 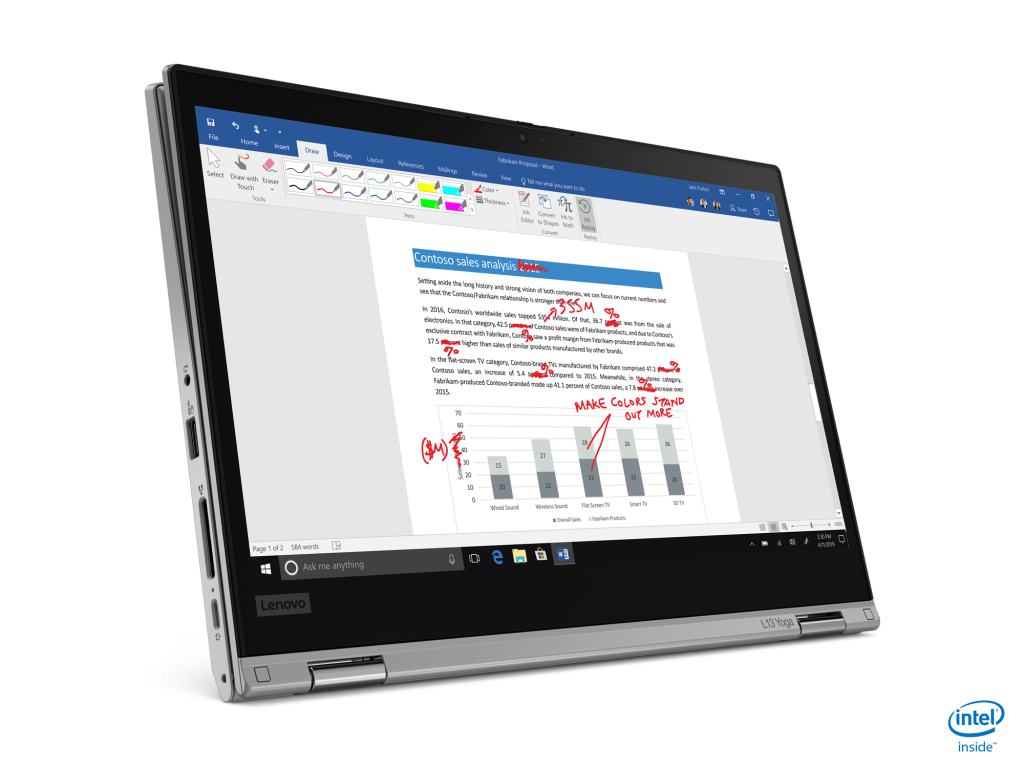 As with most Yoga offerings, the L13 Yoga variant only differs in a handful of feature options from its traditional clamshell brethren.

However, most other features match the L13, including battery size, I/O ports, wireless connectivity, biometric hardware support and even color options of both Black and Silver.

There is, however, the omission of an Intel Celeron configuration option with an i3 chips as its starting point.

We should have more on the real-world usage of Lenovo’s new line as well as Intel’s new Comet Lake productivity power in the near future.