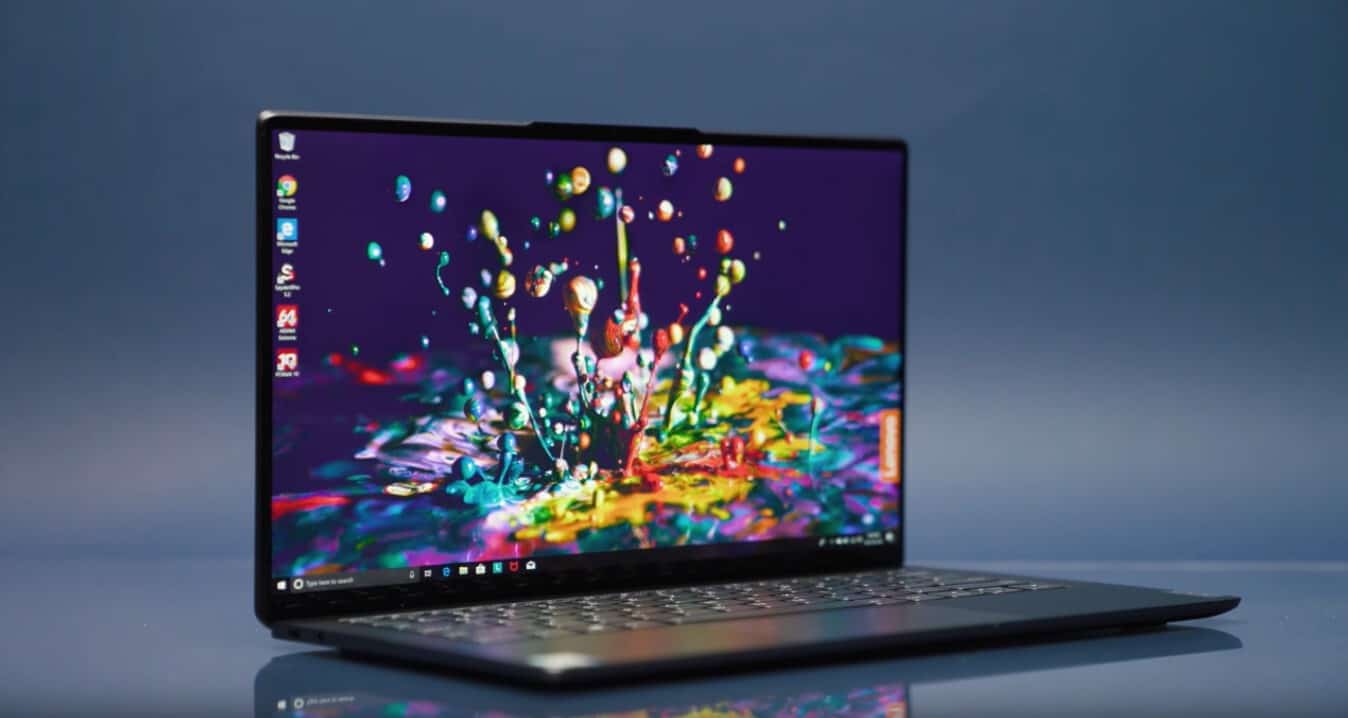 There is arguably an unspoken tech fetishization that happens when a company releases a new product, especially one that's seemingly no more than an iterative upgrade over the previous model. The level of personal fetishization can often be measured by the number of new features, upgraded specs, and updated hardware designs against the personal necessity of the new product.

In the case of the Lenovo Ideapad S940, I don't necessarily need a new computer but I sure as hell want this one!

I feel this the similar sentiment that occurs when some Macbook, iPhone or Galaxy owners see the release of the next-gen version of the device they are currently holding. Windows OEMs release several PC models a year, and in doing so, I get a chance to review and use multiple devices during this timeframe, so I rarely want for a new device but the modern tweaks that have been applied to the Ideapad S940 make this a laptop I want to tote around and use on a regular basis.

For the S904, Lenovo focused on the perhaps the most readily visible aspect of the laptop, the screen but also brought some nifty smartphone-like tweaks to the notebook this year.

"Experience vibrant color and clarity for true-to-life visuals in up to 4K resolution on a 14” HDR VESA400 display that’s edged with razor-thin bezels."

To achieve those "razor-thin" bezels, the company utilized a technique I mostly associate with smartphones that includes rounding off the glass and embedding the "leftover" bezel around the face of the monitor. The S940's contoured glass wraps around the display for a smooth-to-the-touch feel when opening or adjusting the lid from the sides of the panel. 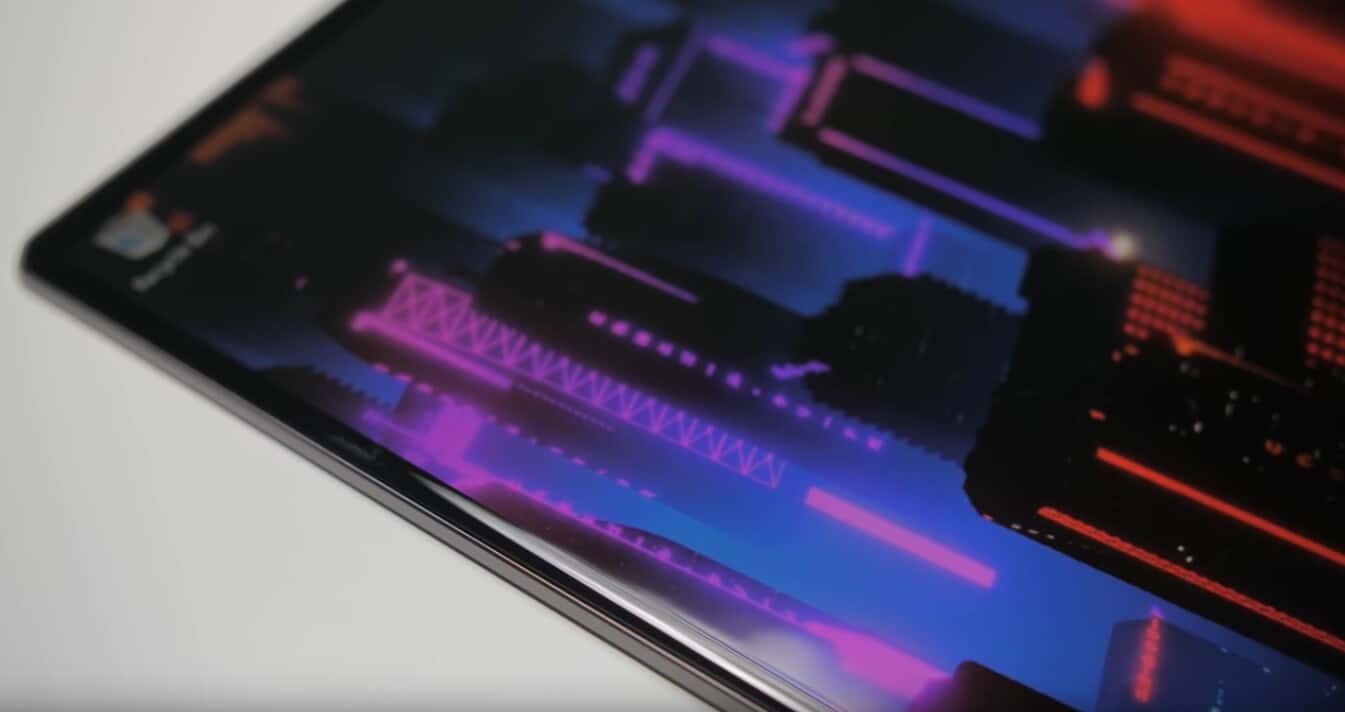 For anyone who has handled the latest iPhone, Galaxy or OnePlus, the look and feel of the screen on the S940 should resemble that of a flagship smartphone, where images can sometimes fade away off the display.

The particular model I tested came with the top of the line configuration that offered a vibrant 4K glossy panel that reached up to 500 nits of brightness on the maxed out light settings. With a 4K panel, I also got a certified VESA400 HDR standard experience supporting Dolby Vision technology which made shows such as Game of Thrones, Chernobyl, Dragon Ballball Super, and Doom Patrol rather immersive. 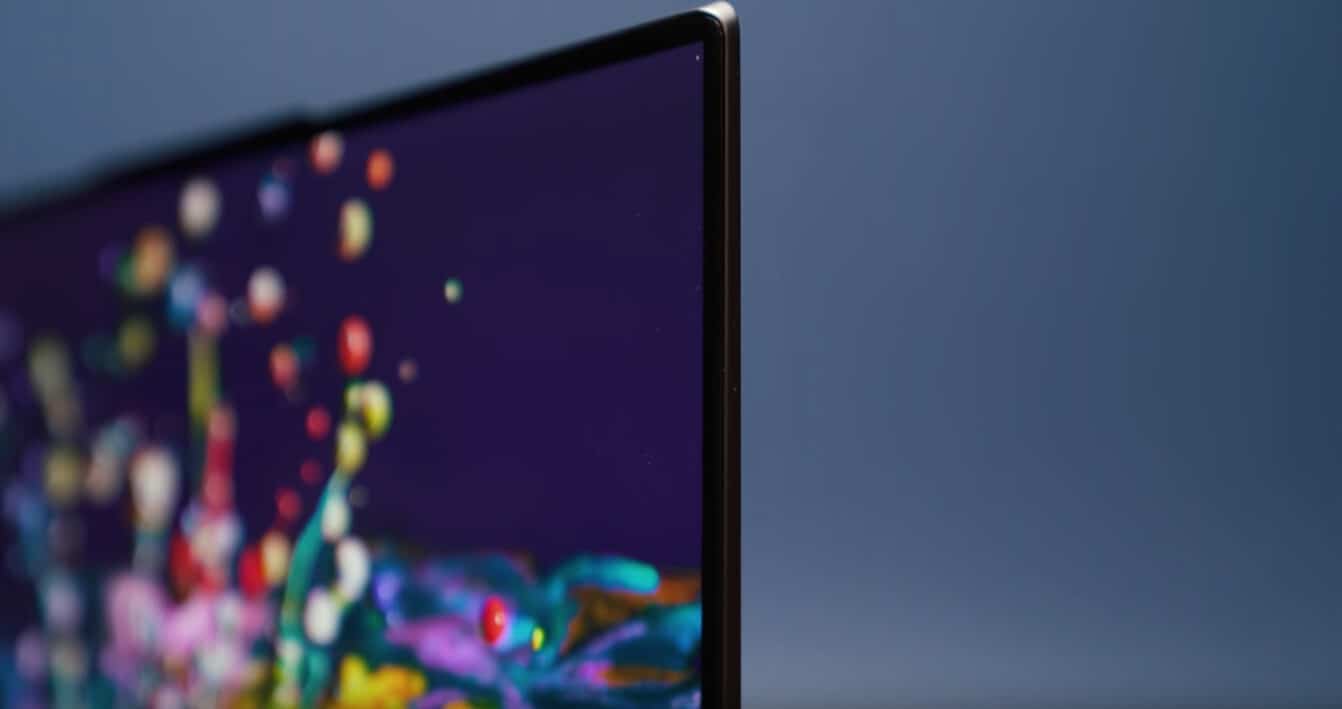 During my testing, I personally didn't comprehend the technology, but according to Lenovo, the S940's display could also change and adapt to the content being displayed where the panel would "intelligently map" the items on the screen to match the best performing capabilities of the screen. I tested out the Dobly Vision picture settings but I think that software oversimplified the capabilities of this new screen technology and dumbed it down to three wide-ranging choices of Dark, Bright and Vivid modes.

To be honest with you, I was just enamored with the 90% screen to body ration I was witnessing alongside the vivid color profile. 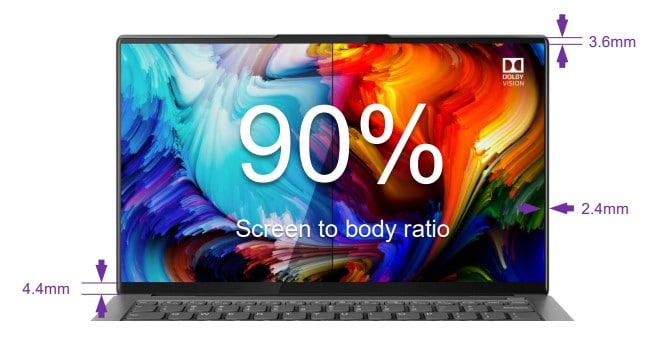 While I would prefer that Lenovo explore the world of 3:2 aspect ratios, I think anyone moving from a 16:9 laptop now will be more than thrilled with the screen advancements the S940 is bringing.

Similar to the front-facing camera on most smartphones, Lenovo packed a lot of useful functionality into the area, that, up until now has gone relatively untouched by most manufacturers.

The S940 packs a standard web camera that captures 720p HD content (wish someone would put a 1080 sensor in there) but also loaded the imaging house with an IR camera and microphone.

Also buried within the webcam housing is artificial intelligence to power the S940 new eye-tracking 'Glance' software that offers up some similar Samsung Galaxy wave of assisted technological features. Users will be able to move content on the screen using eye movement, the S940 will also darken the screen or turn itself off when it can't track your eyes or face. The eye tracking settings are optional and do tap the battery more than normal.

In addition, the S940's camera will also support a similar blurred background feature called BackBlur, which could also be found in the latest update in Skype and Teams which allows users to blur the scenery behind users during video chats or conferences.

Lenovo also engineered a one-handed accessible lid opening design that adds some weight to the lid enabling users to open the laptop with the flick of a single finger without tossing it into a wall or off a desk. The lift of the lid is placed against some restraint built in the hinge single bar hinge of the S940 and provides smooth and consistent feedback when opening and closing the laptop.

On the topic of accessibility, S940 users will find that they will have both Cortana and Alexa at their beck and call for an additional hands-free or visually impaired experience, allowing users to navigate the OS with just use of their voices. The Windows team is also making strides in their Narrator updated with each passing Insider build.

Beyond being one of the most stylish offerings Lenovo has served up to date, the S940 packs all the familiar modern-day productivity features specs that include 8th generation Intel core processors, support of Gigabit WiFi, improved microphone DSP support, two Thunderbolt 3 ports that back 4K display out settings and higher transfer speeds as well as a 52Wh battery that'll power the whole rig for about 5 hours of heavy lifting and 9 with moderate use.

I found I could last a typical workday using the laptop but pushing it beyond my usual research mode, consisting of several (Chromium Edge) tabs open with multiple Google Ads accounts visible, a mix of Excel and Google Sheets as well as flipping on the occasional Snip It app; would drain the battery rather quickly.

Again, I'm using Fast Ring Windows Insiders previews which may not be fully optimized for battery performance but I was a little let down by the battery on this device. As for speed and memory management, the S940 was hard to trip up and handled all my tasks fairly effortlessly, that could range from light photo editing in GIMP to playing Sea of Thieves on moderate settings during my downtime.

My workloads were a mix of Office 365, Google Docs, specialized web tracking software, Ad Words Editor, and Spotify. However, with Mail, To-Do, Sticky Notes, Teams, Messenger and Skype the S940 tackled all projects without the slightest hiccup. Another note to add was the amount of time it takes to charge the device felt longer than it should have as Lenovo continues to push fast charging on devices. Again, this could be a failing of testing Windows Insider builds, but it a full charge could almost take two hours. Perhaps, I've been spoiled but I thought I would make a note for anyone who has to debate on bringing the charging cable with them out due to limited bag space. 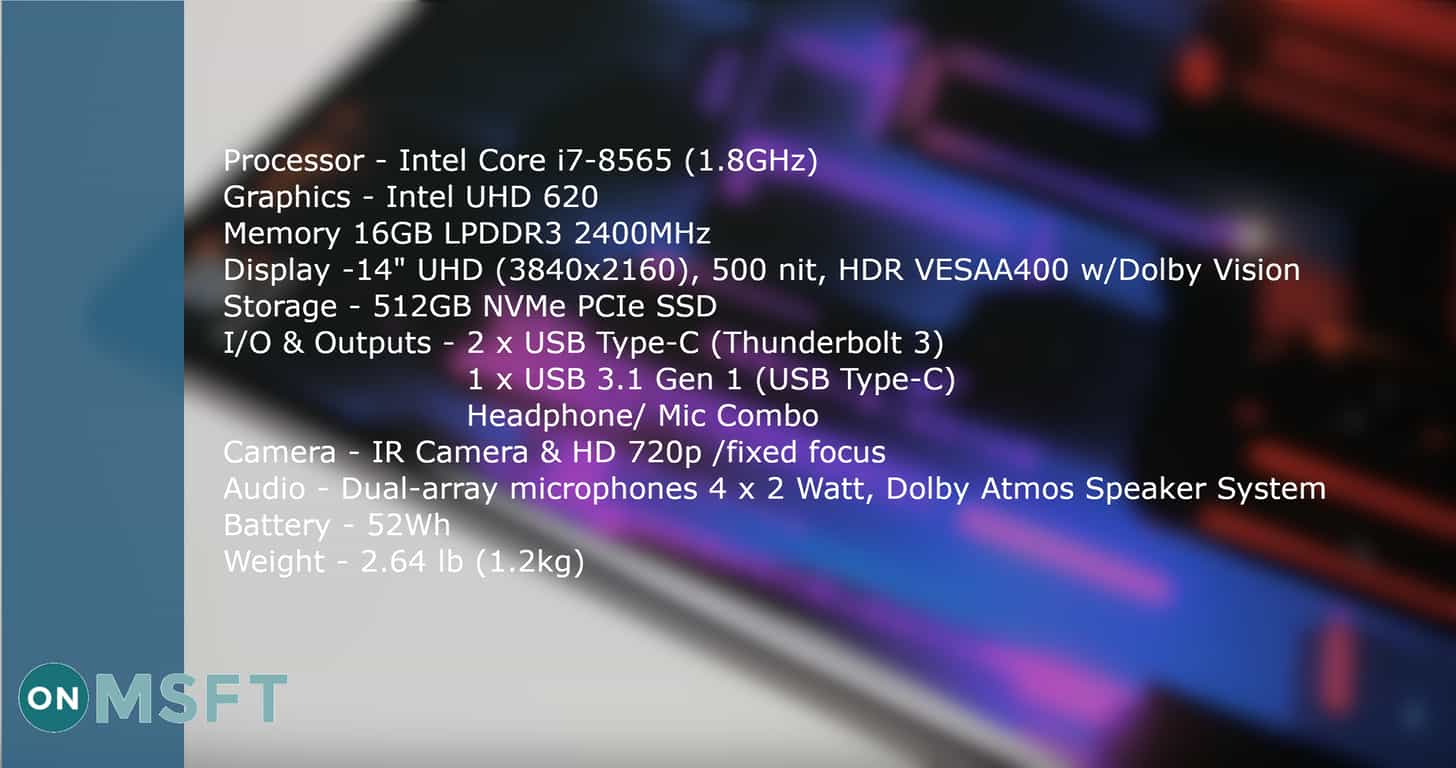 For anyone thinking about moving from a Dell XPS, ThinkPad, or Spectre I would recommend the Ideapad S940. It holds an understated smartphone-like design language, with a focus on moving screen technology forward, without any compromise. With Type-C, Windows IR Hello Support, Bluetooth 5.0, 512GB of NVMe PCIe storage and 16GB of RAM the S940 is built to be future proof regardless of being ised in an office, school desk or coffee shop table.