LEGO The Incredible video game confirmed for Xbox One

It had been rumored for a few months now but a LEGO video game based on the Disney Pixar film, The Incredibles, has finally been officially announced and pre-orders for it are now open for the Xbox One version.

The game appears to be very similar to the recent LEGO Marvel and DC Comics video games in regards to the presentation of each character’s powers though the characters themselves are obviously based on The Incredibles and the main campaign will follow the storylines from the original The Incredibles movie and its upcoming sequel.

Pre-order now and get early access to the Parr Family Vacation Character Pack! Experience the thrilling adventures of the Parr family as they conquer crime and family life through both Disney-Pixar films The Incredibles and The Incredibles 2, in a LEGO® world full of fun and humor. LEGO® The Incredibles allows players to explore action-packed story levels and an epic hub world – including Municiberg and New Urbem, as they use their unique “Super” abilities to bring the city’s Super Villains to justice. Gamers can also team up with family and friends in 2 player co-op to assemble incredible LEGO® builds!

Are you a fan of the LEGO video games and will you be buying this latest title? Let us know in the comments below. 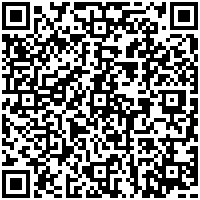 Minecraft Super Duper Graphics Pack could be coming on May 1st