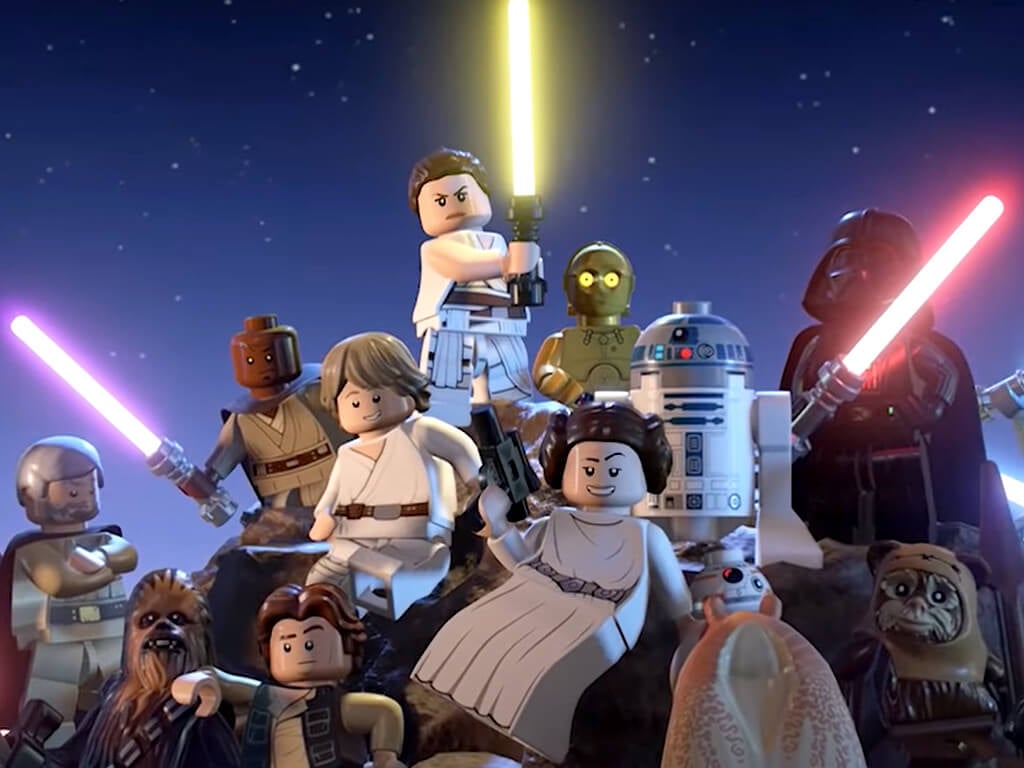 After almost two years of delays, the LEGO Star Wars: The Skywalker video game looks to have finally been given a definitive release in just a few months on April 5th 2022.

In addition to the new release date announcement, a number of details on the newest LEGO Star Wars video game were also revealed as part of a video detailing several aspects of the title’s content and gameplay that suggests a game that’s leaps and bounds ahead of its predecessors.

LEGO Star Wars: The Skywalker Saga will feature over 300 playable characters from across the three main Star Wars film trilogies (aka The Skywalker Saga) which is impressive on its own but what’s really unexpected is the fact that the game will be introducing character classes and skill trees that can be used to customize each character’s abilities and attacks.

This is a drastic change from previous LEGO games which primarily used single-button attacks and the occasional timed special attack. Now players will be able to really dig into making a character suit their playstyle and it’ll be interesting to see if LEGO fans embrace this more advanced gaming style or are intimidated by such options.

In addition to the above improvements, basic gameplay has also been revamped a bit with a new third-person view when firing blasters and the ability to take shelter behind objects when under fire from enemy combatants.

The game will also feature numerous planets and moons from the saga to explore both in the usual story/campaign and free play modes. The locations have also been upgraded though with alternate routes to explore, side missions, and completely free-roam planets. Players will also be able to explore the space above planets and partake in space battles with enemy ships before landing.

This later part actually sounds remarkable similar to the Star Wars levels in Disney Infinity 3.0. This play style worked well there so it’s likely that it’ll be just as effective in LEGO Star Wars: The Skywalker Saga.

The main game looks like it’ll keep players busy for a very long time though, as expected, a number of downloadable content (DLC) packs have also been announced.

Here’s the name of each DLC character pack for LEGO Star Wars: The Skywalker Saga:

It’s unclear yet if these DLC packs will add additional levels in addition to the characters. It’s also unknown what all of the characters that’ll be included in each pack will be. However, Din Djarin and Grogu are shown in the trailer for the Mandalorian packs, Lando for the Classic Characters pack, and one of the Bad Batch for the Bad Batch pack.

It is a bit strange that there’s no Book of Boba Fett DLC listed here but most of the primary characters from that show appeared in The Mandalorian so Boba Fett and Fennec Shand will likely be added to either of those two packs.

Physical editions of LEGO Star Wars: The Skywalker Saga Deluxe Edition sold in stores will also include a LEGO minifigure of Luke Skywalker with Blue Milk while some stores are set to offer their own additional bonus gifts such as an X-Wing LEGO set or a steel game case.

Are you excited for LEGO Star Wars: The Skywalker? Let us know what feature’s got you hyped in the comments below and then follow us on Pinterest, Facebook, and Twitter for more gaming news.