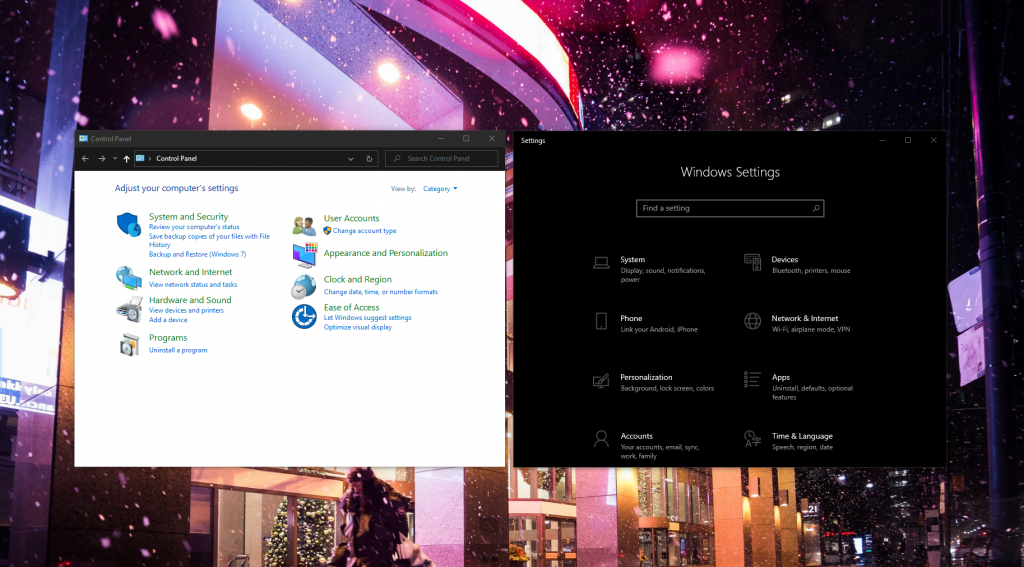 For many years now, Microsoft has been continuing to include two different Settings experiences on Windows 10. If the new simplified Settings app is now front and center, while the legacy Control Panel can still be found in the Start Menu under Windows System > Control Panel.

Over the years, Microsoft has beefed up the Windows 10 Settings app to integrate more options from the legacy Control Panel, though the Windows 7-style app can still be useful for power users. The company has yet to announce any change regarding this legacy app, so it’s probably not going away anytime soon.

As you may recall, a previous attempt to replace the beloved Paint app with the UWP-based Paint 3D didn’t go so well, and the backlash forced Microsoft to do a 180°. After years of neglect, the company also started updating legacy Windows apps such as NotePad or Task Manager. Hiding the old Control panel may now look like a weird choice, but the presence of two different settings apps on Windows 10 has also been a regular point of criticism. Do you think Microsoft would be right to hide the legacy Control Panel in favor of the new Windows 10 Settings app, or do you think this would be a mistake? Sound off in the comments below.