Learning to code? With Windows 10 May 2019 Update, Microsoft has made installing Python much easier - OnMSFT.com Skip to content
We're hedging our bets! You can now follow OnMSFT.com on Mastadon or Tumblr! 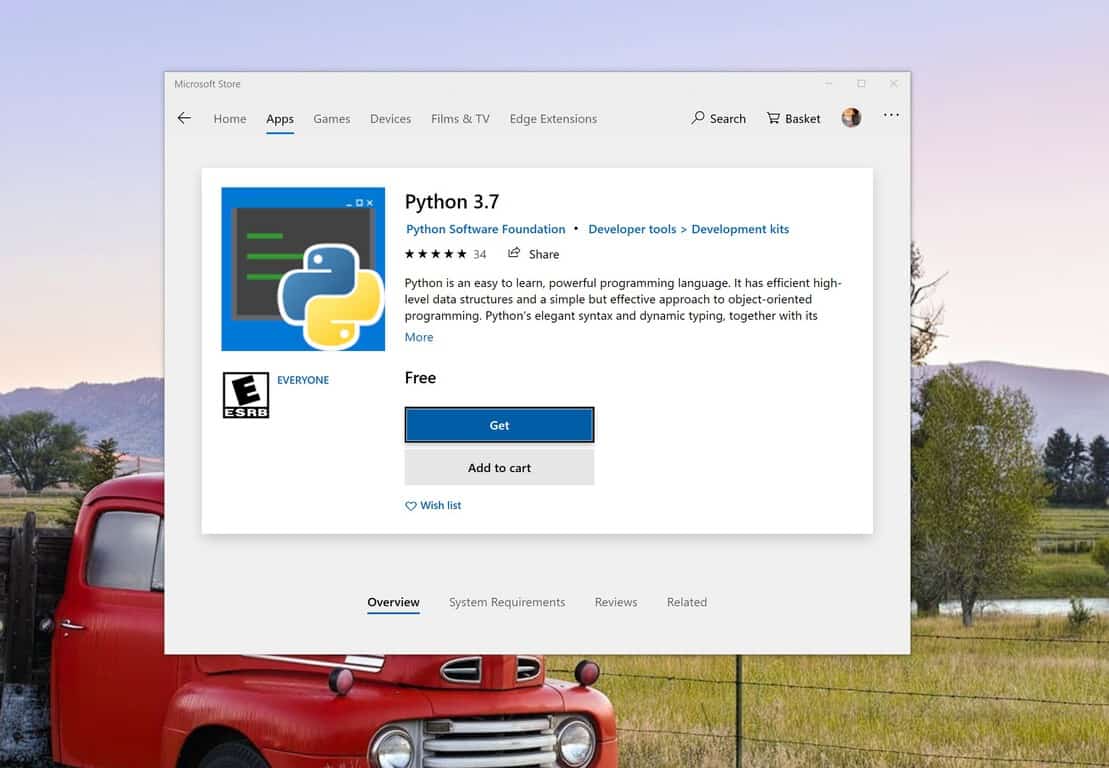 When you're just learning to code, sometimes just getting started is the hardest part. Most tutorials you'll find online assume you know how to do the basic stuff, and move right in to managing your server farms or whatever. This is true across a lot of technical learning, but especially so for learning Python, an easy to use and easy to read coding language that is still powerful enough to do real coding, but it doesn't come built-in to Windows. Up until now, getting Python installed on Windows is just the kind of frustrating experience that can slow down or stop aspiring programmers, but that hasn't gone unnoticed at Microsoft, and the Python team has made some changes to make it much easier to install Python on the Windows 10 May 2019 update, and get to coding without tearing your hair out.

The first thing the Python team did was to help the open source community develop a Microsoft Store installation of Python. With the Store app, rather than hunting around for instructions on how to get the programming language working on Windows, you just install the app and you're up and running. A Windows Dev blog post explains:

It’s been widely known for many years that Windows is the only mainstream operating system that does not include a Python interpreter out of the box. For many users who are never going to need it, this helps reduce the size and improve the security of the operating system. But for those of us who do need it, Python’s absence has been keenly felt.

Once you discover that you need to get Python, you are quickly faced with many choices. Will you download an installer from python.org? Or perhaps a distribution such as Anaconda? The Visual Studio installer is also an option. And which version? How will you access it after it’s been installed? You quickly find more answers than you need, and depending on your situation, any of them might be correct.

We spent time figuring out why someone would hit the error above and what help they need. If you’re already a Python expert with complex needs, you probably know how to install and use it. It’s much more likely that someone will hit this problem the first time they are trying to use Python. Many of the teachers we spoke to confirmed this hypothesis – students encounter this far more often than experienced developers.

So we made things easier.

But that still wasn't easy enough, and users expecting Python to just be there may still not know to go to the Store, so Microsoft took it one step further. Now, if you type in "python" or "python3" in the Windows 10 May 2019 Update search box, you'll be taken directly to the Microsoft Store app if Python isn't yet installed (once Python is installed, typing "python" opens a command prompt running Python:

As someone who's spent hours trying to get past a seemingly easy hurdle, so easy in fact that no one bothers to write it up as a blog post or a how-to, this kind of shortcut, making it easier to get started is a welcome addition indeed, and hopefully students and others learning to code won't feel quite so intimidated when doing a simple task like installing Python is actually indeed simple.

Are you trying to learn to code? What are your pain points?

Microsoft Store for Business apps fail to install on Windows 10 May 2019 Update, fix coming next week