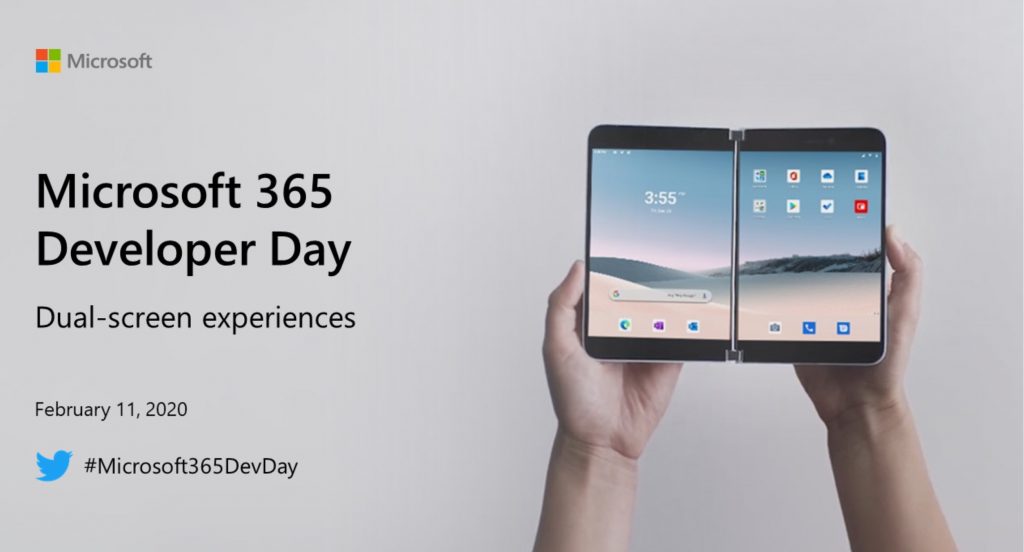 Late last year, Microsoft unveiled plans for the first of its dual screen devices, Neo and Duo, promising to keep developers in the loop. After releasing a first preview of the Software Development Kit (SDK) for the company's Android powered phone-like Duo device a couple of weeks ago, Microsoft is ready to unveil more, including an SDK for the Windows 10X powered Neo today.

Microsoft apparently has big plans for dual screen devices, and is hoping developers will adapt their apps and websites to make the best of what dual screens can offer. Whether developers get on board depends of course on how well Neo and Duo, and other similar devices from 3rd party manufacturers sell.

You can tune in to the online Microsoft Developer Day presentation here, beginning at 8:30am Pacific Standard Time. We'll have more as soon as the show starts.

How to password protect notebook sections in OneNote on Windows, iOS, Android, and MacOS