Learn about Microsoft Graph and win prizes with this 30 day Challenge - OnMSFT.com Skip to content
We're hedging our bets! You can now follow OnMSFT.com on Mastadon or Tumblr! 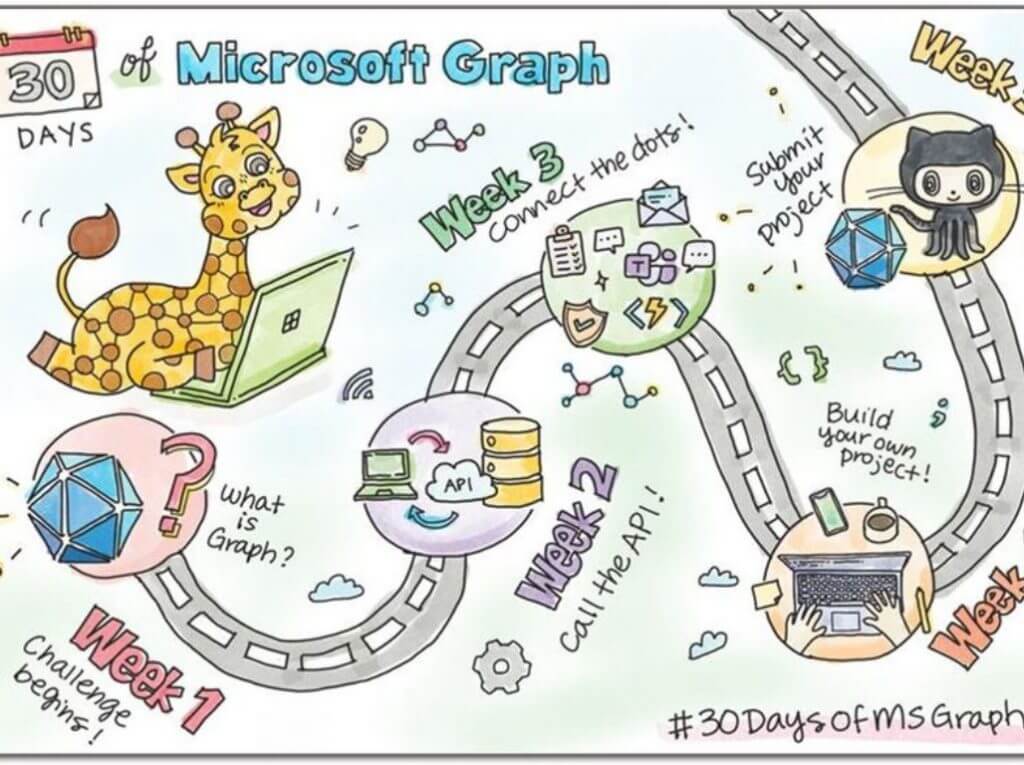 Today, Microsoft is introducing a 30 Days of Microsoft Graph Challenge learning program for students, fresh graduates, and professionals. Through the program, participants will not only get to learn a new skill that will propel them to the next level in their careers but they also stand to win a bunch of rewards while at it. The challenge is scheduled to run from November 1 to November 30.

With Microsoft Graph, users can access the data and intelligence across Microsoft 365 core services which in turn allows them to build applications on top of the Microsoft 365 Platform. By taking part in this program, you will be subdued to two challenges. First up, is that all participants will be required to go through all the learning material provided throughout the entire month. The top 10 Cloud Skills Challenge winners will get the chance to record a YouTube short video for Microsoft 365 Developer YouTube channel which will be circulated on Microsoft's official social accounts.

Next up, is the final and biggest challenge that participants will encounter. During the third week of the challenge, you will have to submit a capstone project proposal for an app scenario with Microsoft Graph. Microsoft has already provided top Microsoft Graph Scenarios, which you can pick a project from.

Alternatively, you can also come up with a unique scenario that you want to work on and submit it as a project proposal. It is worth noting that interested parties will have to comment out their capstone project proposal on GitHub to prevent the entry of similar projects. The top 4 winners who present their capstone projects will get one on one mentorship sessions from both Microsoft 365 Advocacy Directors as well as Microsoft Graph Product Group Directors. They also stand a chance to be featured on Show & Tell video series for Microsoft 365 Developer YouTube which will also be circulated across the company's social media accounts.

Aside from the gifts, participants will also get access to a lot of learning resources, interaction with the experts on GitHub Discussions, and 8 Live Reactor Sessions. Register for the challenge to win these prizes and more. Anyone interested in taking part in this challenge must register for it, have a Microsoft 365 Developer account, have an active GitHub Student Developer Account, and a GitHub Student Developer Account.