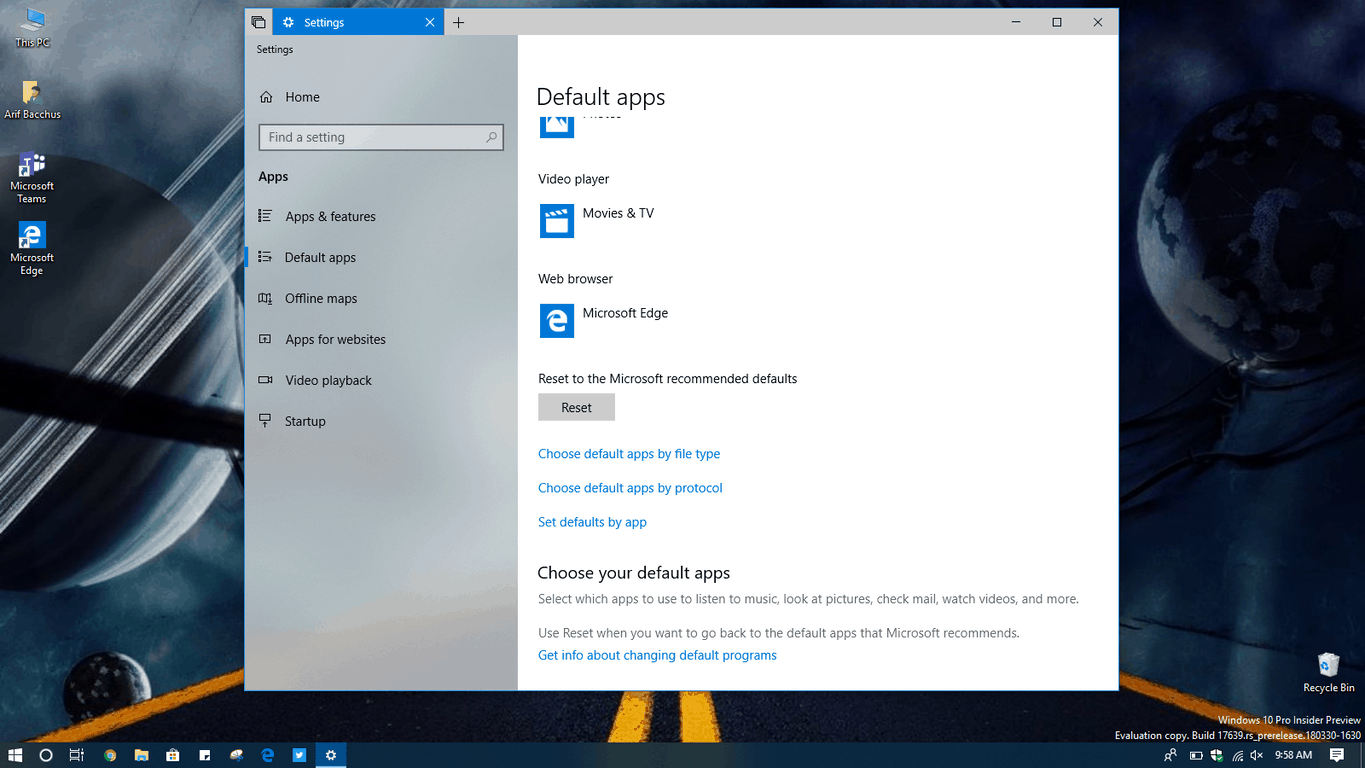 Many Microsoft watchers believed that the big Windows 10 Redstone 4 update would roll out to the general public last week. However, the company never publically acknowledged a specific release date, and there have since been issues with Redstone 4 Windows Insider builds that have held back a public release.

In what is being called the latest set of problems, the folks on Reddit have pointed out that there is a currently an issue in the latest Redstone 4 builds where selecting app defaults crashes the UWP Settings app (via Neowin.) Though some Redditors have said they're not experiencing the same issue when going to "Set defaults by app" in the settings, others have reported it as persistent.

An investigation of this issue has determined that this is in fact not "wide spread" based on the data we have. cc @JenMsft https://t.co/uj1gdQiNr2

Anyway, the problem also appears to be occurring in multiple languages, including Finnish, French, and Italian. LeBlanc also says he thinks the team has "root-caused" the issue and thanked Windows Insiders for offering additional details.

Other comments in the Reddit thread do not make it clear if the problem occurs on upgraded or freshly installed builds, so it will be interesting to see how Microsoft tackles the issue, or if a cumulative update can fix it. There's currently a Feedback Hub thread dedicated to this problem, and it is best to contribute to it if you're also experiencing the same issue with the Settings app.