Microsoft has released an update for the Windows 10 Maps app for those who have opted to Skip Ahead (via Aggiornamenti Lumia.) The update is fairly minor but adds in bus, ferry, train schedules and more.

After updating, the latest version of the Windows 10 Maps app gets pushed to version 5.1708.2511.0. Other notable features delivered in this update are some Fluent Design elements, and user interface changes. A rough translation of the changelog for the update can be seen below. 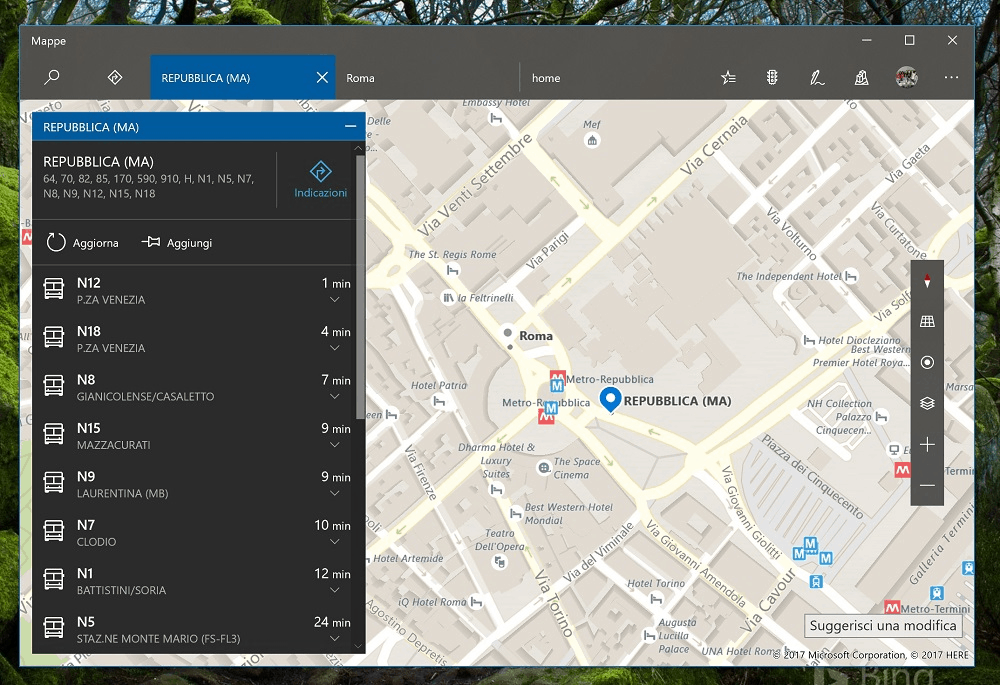 A look at the bus schedule (Image via Aggiornamenti Lumia.)