Slack updated its beta app for Windows Phone with an improved logic for two factor authentication, some fixes, and promises this update lays the groundwork for “extra niftiness to come.”

The beta app was updated to version 2016.203.1.1 today in the team’s continuing push to bring the popular email-killer to Windows Phone. This update is a little more modest in fixes and new features compared to other recent updates. But with a track record of one to two significant updates a month, and the promise of new “extra niftiness to come” in today’s changelog, the Slack app experience is steadily improving.

The most recent update introduces an improved logic for two factor authentication to keep your Slack account secure and fixes two bugs. Here are the details in the update’s release notes:

Slack Beta for Windows Phone has been publicly available since last August. The popular messaging app is marketed as a way to kill off email in your office and instead chat directly or in channels with the ability to upload almost anything. The app conveniently lets you make channels for each project at work so all your related messages and files are organized together right where you left them after your most recent exchange with a colleague.

While the beta app is released for Windows Phone, the Slack team has previously stated there are no plans to make the app a Universal Windows app that runs on both PC’s and phones. To get your Slack messages on a desktop you can use their Win32 app or pull up your account in a browser.

If you haven't give Slack a try you can download their beta for Windows Phone from the link below. 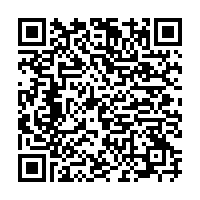