Microsoft today released an update for Office Insiders on Windows Desktop. The version 1801, build 8911.2016 update isn’t a massive release, but it does bring a preview of the previously announced new AI-powered Excel Insights feature. With Excel Insights, users can identify trends, outliers, and other useful visualizations from inputted data. To use the feature, a user can click a cell in a data range, and then click Insert > Insights.

Microsoft notes that the Excel Insights feature will be rolling out gradually to Office 365 subscribers enrolled on the Insider Program. This mean’s that there’s no need to panic if you don’t see it right away. Also, keep in mind that the feature is powered by machine learning, so it will give better analysis as more people use it. 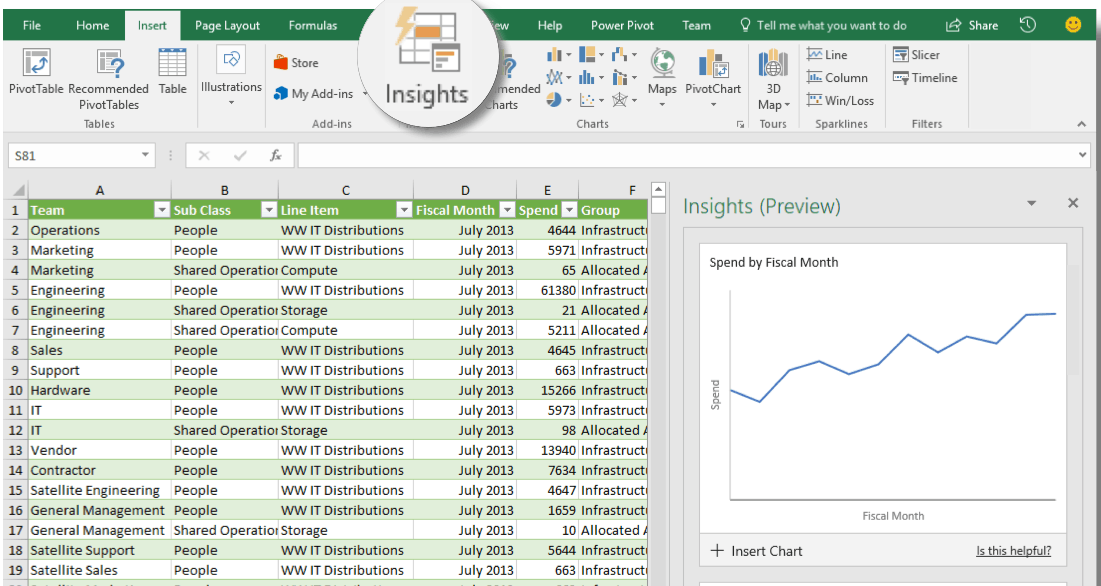 A look at Excel Insights

There are no new features for Word 2016 or PowerPoint 2016 in today’s update, but Outlook does pick up improvements for groups. Users should see that conversations will now load faster and can be double-clicked to open the latest messages in its own window. Office Insiders can get this update now by heading to File, Clicking on Account, then Update, and then Update now.