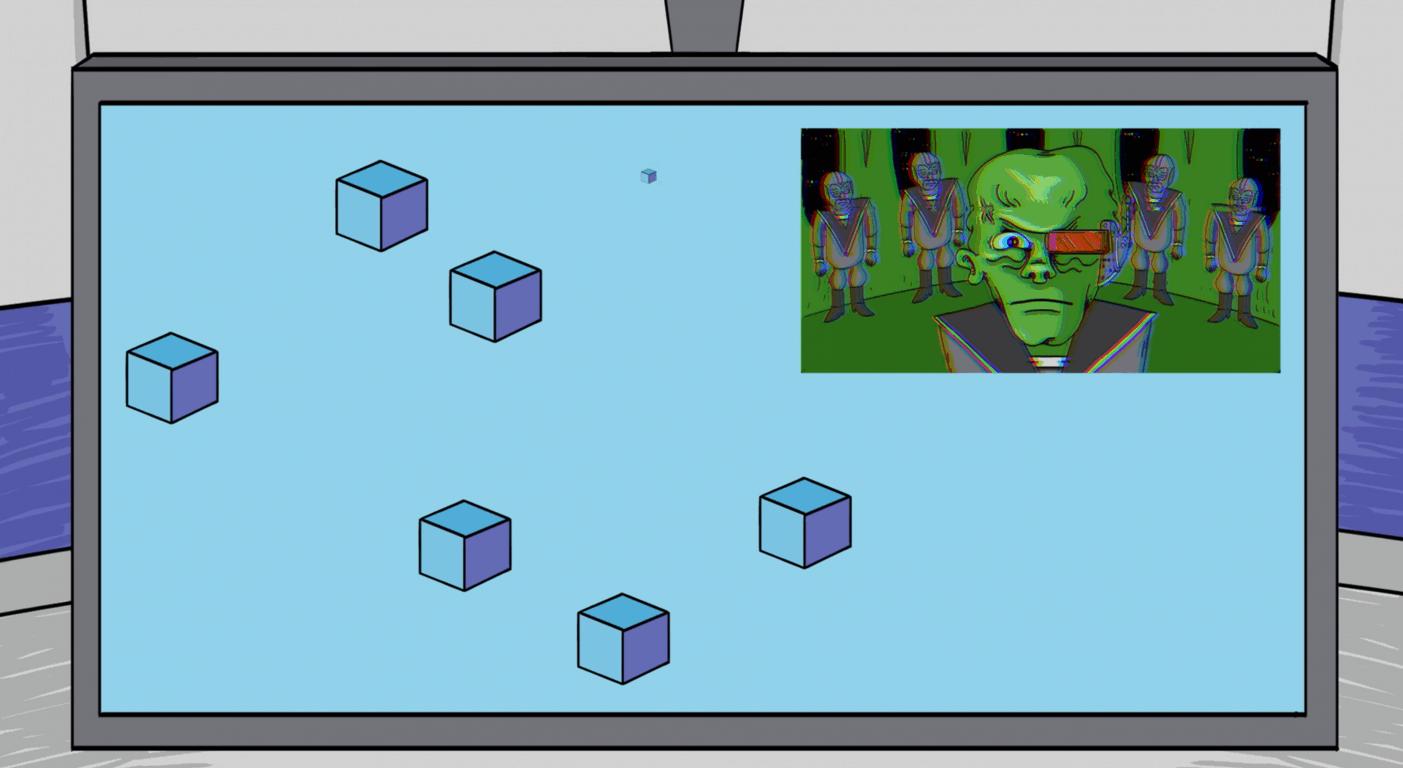 Microsoft Storylabs "Explanimators" is back, and this time it is going out of this world. The fifth episode in the animated series takes viewers to a fictional planet for an interstellar explanation of how Blockchain technology works.

In the episode, Captain Billings faces a battle with fierce alien Zorg for Mining World XT3-12. Instead of pulling out weapons, though, Captain Billings confers with her Chief of Staff and scares Zorg with some pains of planetary management: The outerworld power grid, robot miner contracting, invoices from vendors, tracking the provenance of ingredients in the artificial atmospheric system, and more. There's also talk of how a transaction for the planet will be tracked.

Since Zorg has trouble trusting Captain Billings, that's where the blockchain comes into the picture. It is explained that blockchain solutions are a digital ledger that provides a transparent and permanent record or activity between multiple parties. Blockchain also takes the instability out of working with unknown people, and are resistant to modification since recorded data cannot be altered. Microsoft's Coco Framework, the Azure cloud, and the fact that blockchain is the public ledger for cryptocurrencies are also mentioned.

Definitely an interesting episode, helping explain why blockchain is the next frontier for digital transformation. Feel free to watch the episode for yourself above, and let us know your thoughts in the comments below!

Delta ditched Microsoft for Apple products because of bag sizes