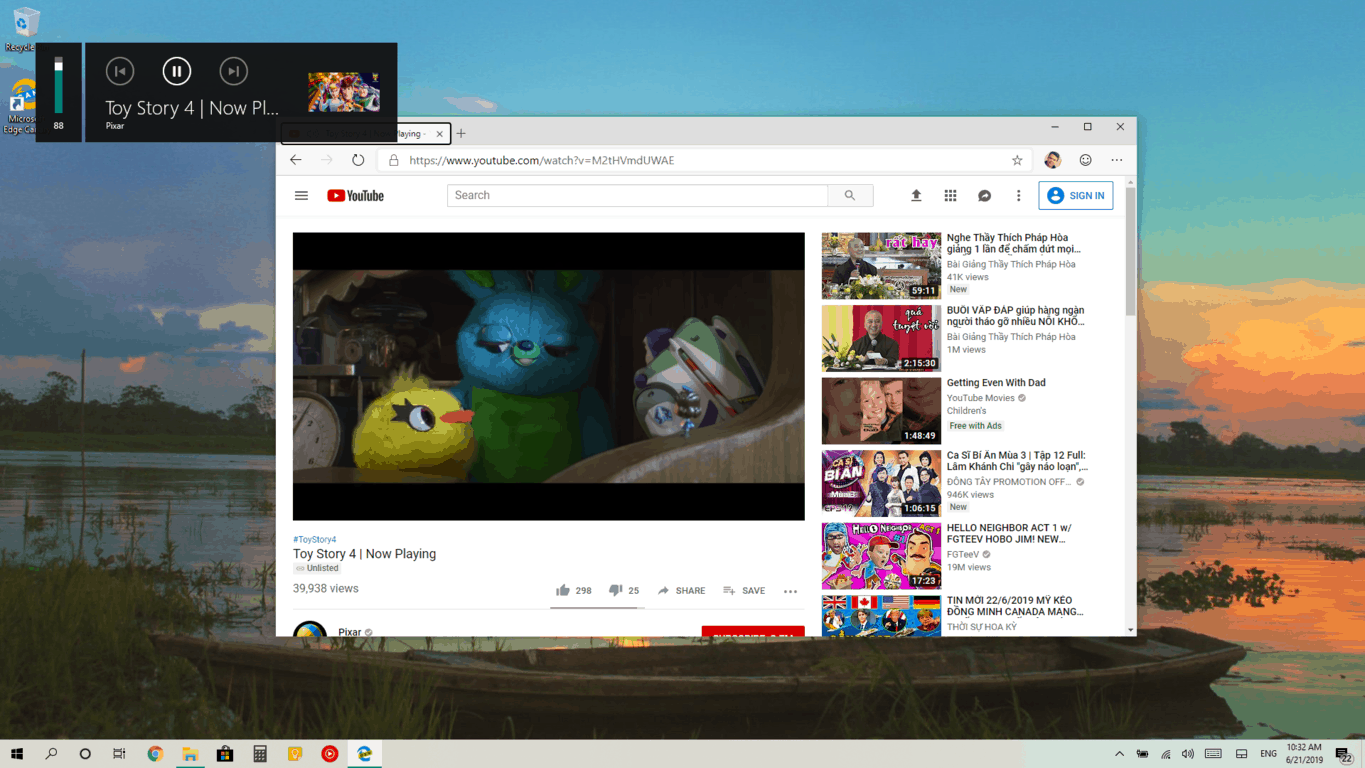 The latest Microsoft Edge Insider builds will now display media info from the top left volume pane in Windows 10 that can be accessed by hitting on of the physical volume key on the device or keyboard (via MSPU). This contrasts to just showing nothing at all, like the old version of Edge, or the less-than-useful "chrome.exe" that is show when playing media from Google Chrome.

This feature works best with YouTube and YouTube Music, showing the video title or song name at the at the larger top line, its uploader or artist in the smaller second line, as well as the video icon on the right. This is definitely useful to those who use YouTube as their primary music streaming application.

Every other website that also supports Windows 10's media controls also work, although not to the same extent. From other sites, the volume pane will pull the name from the tab, displaying the song's name and artist in the title in Spotify web player, but just the website's name in most others. So just seeing "Netflix" while you multitask and watch the Stranger Things season 3 trailer might not be quite as useful, at least it's there and something that could potentially be fully implemented later.

On the brighter side, this is definitely an important aspect to look at in the growing world of Progressive Web Apps. Multimedia PWAs, in particular, will feel a lot more like real apps once they are fully integrated into Windows 10's media controls.

Hopefully, other websites will see the value of this new feature and swiftly add the capability into their own apps. Which web apps do you think could best take advantage of the media controls in Windows 10?

Lenovo ThinkPad E490: A singular focus for the 2019 E-series laptop

Where the heck is Windows 10 Insider 19H2? Some thoughts on this first day of summer