The latest internal builds of Redstone allow the user to customize “active hours” which is when you expect to be using your PC or phone. So for example, the user can set active hours between 5AM and 11PM, meaning Windows Update will not try to install and restart for any updates during that time. Only between 11PM and 5AM will your device try to install and restart updates. 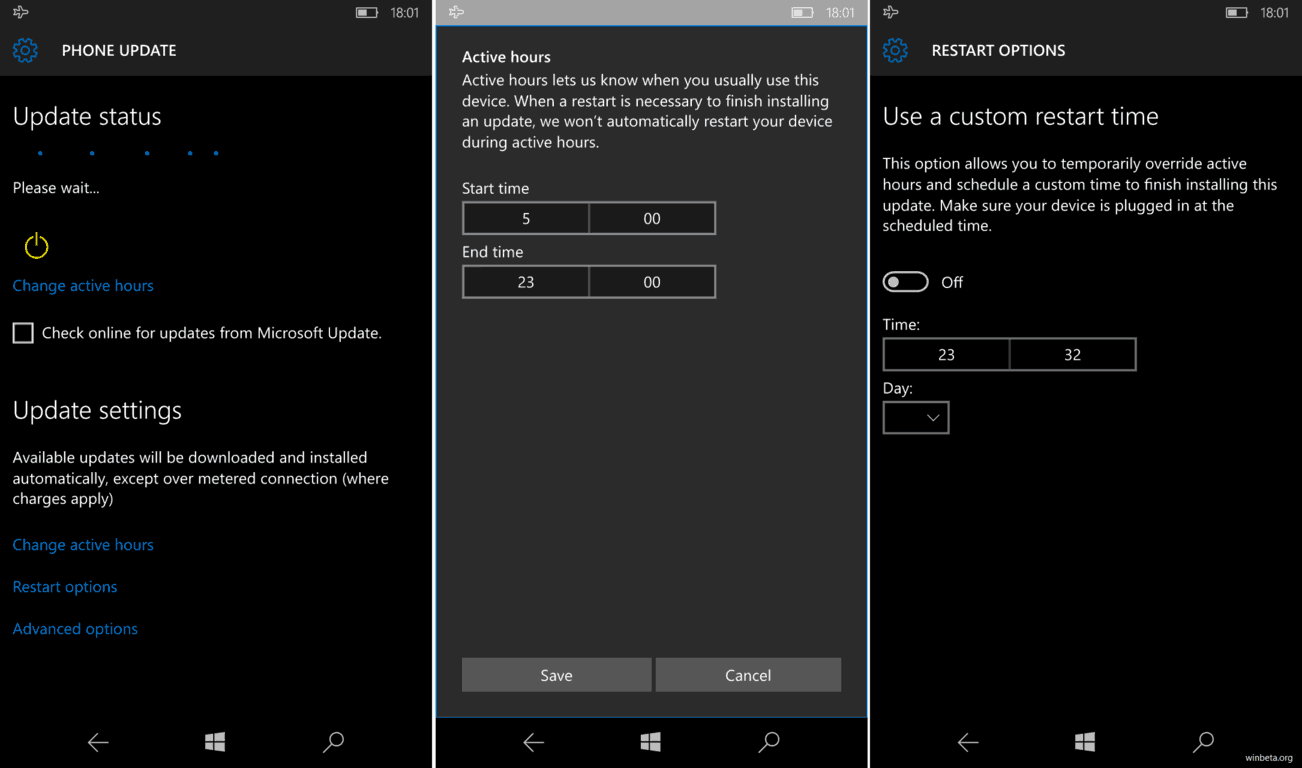 There is also now an option to determine when your phone or PC will restart to install an update. This is already present on Windows 10 today, however it only shows up once an update is pending install. Now users can customize it whenever they need. We’ll keep an eye on these changes and update when we know more. Until then, are you happy to see more options coming to Windows Update? Let us know below!

Screenshots in this article are of pre-release content and are subject to change. It is likely that some elements seen in these screenshots are for PC / phone only and will not show up on both.