Today is an exciting day for Windows Insiders as Microsoft just released the Windows 10 Insider build 14361 on PC and phones. For Windows 10 PCs, Microsoft has also announced in its blog post that the LastPass extension for Microsoft Edge is once again available to download with this build.

That's right, if you've been following the news around Edge extensions, you may remember that we previously reported about the availability of this popular free password management extension for Windows Insiders. Indeed, the extension first became available to download from the Windows Store following the release of the Insider build 14352 two weeks ago, but that didn't last very long. A few days later, the Edge LastPass extension would no longer install and according to the Windows Store listing the extension required Windows 10 version 14359.0 (a build Microsoft never released).

That's now a thing of the past, and LastPass has also published a blog post to officially announce the availability of its Edge extension to Windows Insiders using the latest build. If you never used the password manager, it's a pretty convenient tool that can save your passwords and gives you secure access from every computer and mobile device.

LastPass is the first password manager extension supported on Microsoft Edge, and the team shares that "we’ve worked closely with the Microsoft team to deliver an extension that feels “native” to the browser and integrates seamlessly with your browsing experience." You can get more details about how it works after the screenshot below:

The LastPass extension enables quick access to the LastPass password vault within Microsoft Edge. As you browse, LastPass will autofill passwords saved in your vault, and new accounts can promptly be added to the vault without navigating away from the current page.

The extension and the LastPass field icons appear as you’re browsing to manage logins, fill passwords, and view and secure your data. The LastPass extension also provides built-in security features, such as alerts that let the user know when there are duplicate passwords in the vault and presents the option to generate random passwords. 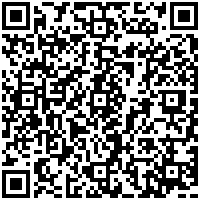 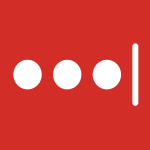 Microsoft partners with The Nature Conservancy to help preserve the oceans