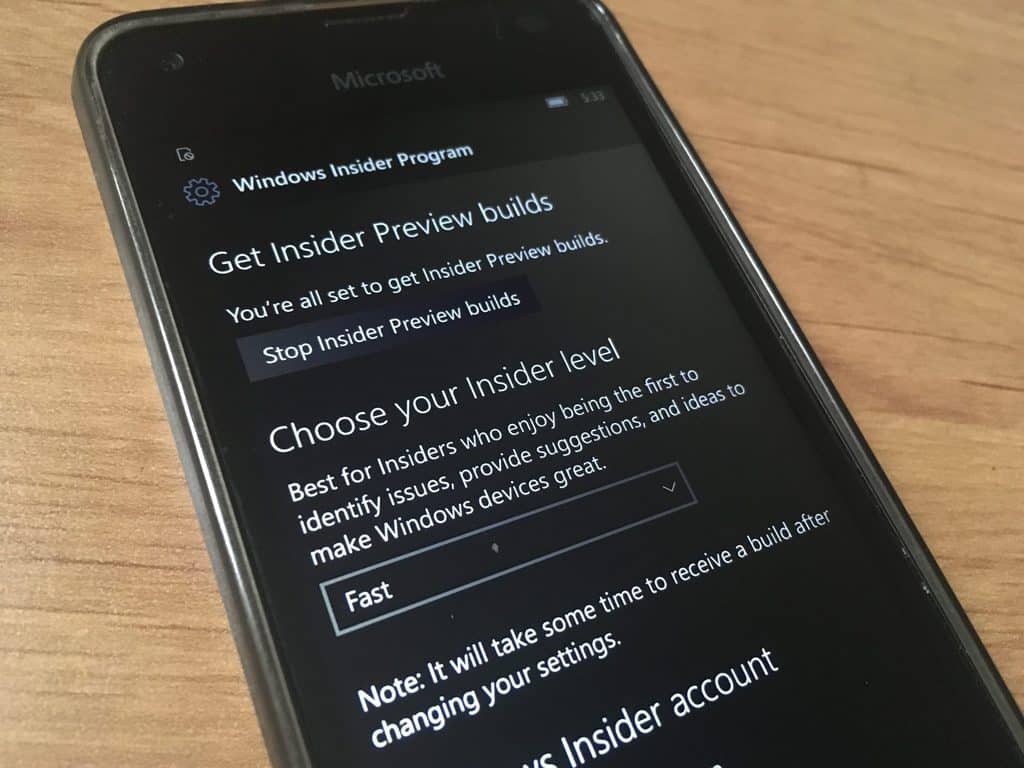 Yesterday, Microsoft released Windows 10 Insider Build 14946 for PC and Mobile for Windows Insiders on the Fast ring. For Windows 10 Mobile users, the new bits brought several fixes and improvements for Narrator, the Messaging app, the Camera app and more but there was also one known issue which could have been a real showstopper for many Insiders: if your phone had additional speech packs installed, Microsoft warned yesterday that "this build will fail to install on your phone with an 0x80188319 error."

However, Microsoft’s Brandon Leblanc from the Windows Insider team has explained shortly after the build’s release that this issue has since been mitigated:

Hey #WindowsInsiders, we have mitigated the speech pack issue for Mobile Build 14946 and updated our blog post https://t.co/crF6BGkRBJ

Following this announcement, there are now no more known issues for this Windows 10 Mobile preview build, but of course there are still some bugs hiding somewhere. If you find some, we invite you to use the Feedback Hub to report them to the team.

Additionally, Microsoft edited its blog post announcing the new build to share that text prediction has now been extended to more languages. Here is what the team noted:

[ADDED] Expanding our to text prediction to more languages: This has been an exciting build for keyboard improvements, and we’re excited to announce one more – with this build, we’ve updated the following keyboards to now support text prediction: Lithuanian, Latvian, Estonian, Slovene (also called Slovenian), Bulgarian, Albanian, Macedonian, Afrikaans, Galician, Basque, Swahili, Bangla in Bangladesh, Georgian, Azerbaijani (also called Azeri) (in Latin script), Kazakh, Armenian, Hausa (in Latin script) and Uzbek (in Latin script). If you speak any of these languages, we’d love for you to try it out and let us know how it feels (specific examples really help, if you have any). We’ll be watching the feedback closely and plan to update this work based on what we hear from you.

If you haven't installed the latest Windows 10 Mobile preview build yet, you can do so by checking Windows Update on your phone's settings. Let us know in the comments how this build is working on your handset so far.