Krispy Kreme releases a new batch of Xbox and Forza donuts - OnMSFT.com Skip to content
We're hedging our bets! You can now follow OnMSFT.com on Mastadon or Tumblr! 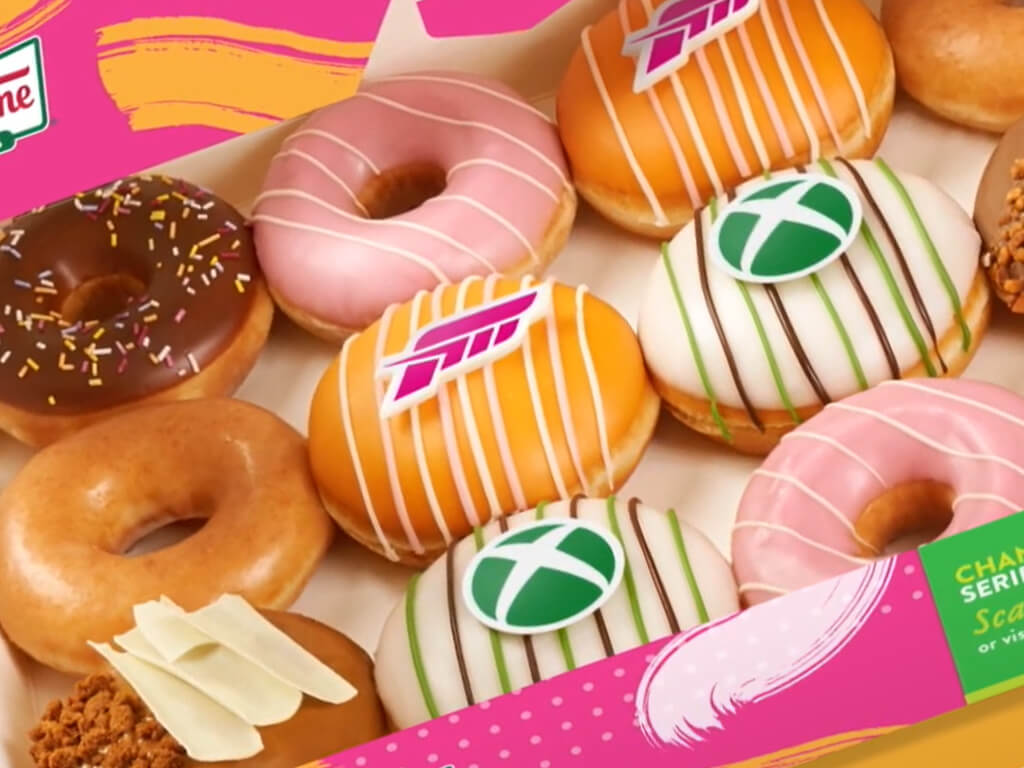 Krispy Kreme has once again partnered with Microsoft to release official Xbox-branded donuts. Available both online and in supermarkets in the United Kingdom, these official Xbox donuts (or ‘doughnuts’ as any civilized country spells them) include The Game Changer and The Forza Festival.

The Game Changer donut is filled with brownie batter and topped with green and white icing and an Xbox plaque.

The Forza Festival donut, on the other hand, is filled with raspberry and cream and is topped with orange and white icing and a Forza plaque.

These two new donuts are available in The Taste Adventure 3-Pack, which includes one of each and a regular plain donut, and The Taste Adventure Dozen, which features two Game Changers, two Forza Festivals, two Strawberry Iced Rings, one Lotus Biscoff, one Nutty Chocolatta, two sprinkles, and two plain glazed donuts.

Each purchase comes with a code which can be entered on the official Krispy Kreme UK website and gives the entrant a chance to wine one of 140 Xbox Series S consoles.