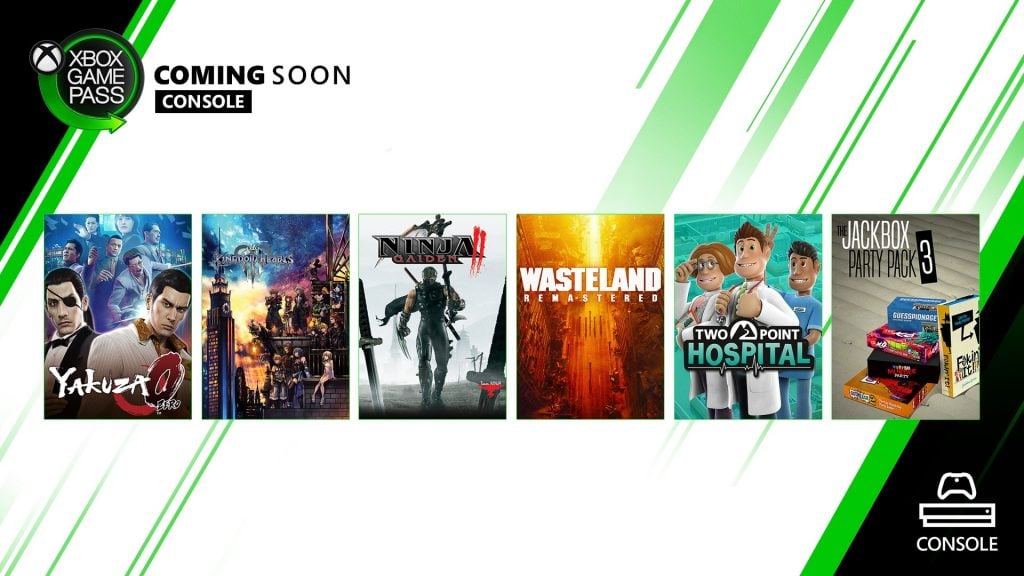 Microsoft has just announced the next wave of games coming soon to Xbox Game Pass for console. The Xbox 360 title Ninja Gaiden II will be the first new addition on Thursday, February 20, but things are going to be much more interesting in the following week.

Indeed, three more games will be added on February 25 with the Xbox Play Anywhere title Wasteland Remastered, the business simulation game Two Points Hospital (coming to Xbox Game Pass on its release day), and the action-RPG title Kingdom Hearts III. The latter was the first game in the popular series that mixes various Disney characters to be released on Xbox One, until the release of Kingdom Hearts HD 1.5+2.5 today.

Yakuza 0 will follow on February 26, and Jackbox Party Pack 3 will be the last game to join Xbox Game Pass this month on February 27. This is a pretty great selection of games overall, especially with Rise of the Tomb Raider, Just Cause 4 and more about to leave Xbox Game Pass very soon.

Hands on with the improved Windows 10 Calendar app: This is how it always should have been