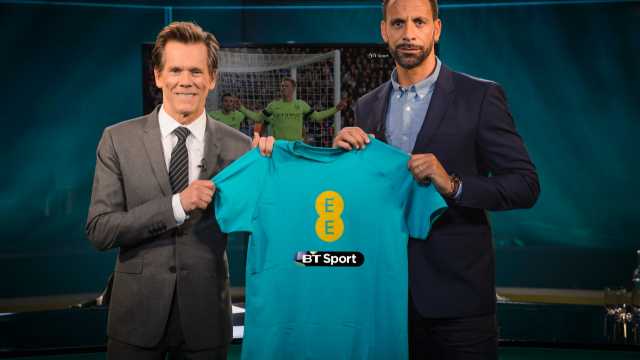 UK wireless carrier EE is embarking on a deal with BT Sport whereby the latter will be producing an app offering and offering six months of free access to all of the service's live sports broadcasts. This deal will be coming to iOS, Android, and Windows users, according to the company--and, Kevin Bacon will be a part of a significant advertising investment.

As EE has outlined in its newsroom:

From 27 July, EE customers on consumer and small business pay monthly handset, tablet and SIM only plans* will be able to access to all the BT Sport channels on their smartphone or tablet. Sports fans can stream the most anticipated action live, or watch highlights over EE’s award-winning 4G network as well as WiFi whenever they choose.

The BT Sport offer is the first of a series of benefits to be made available to EE customers now that EE is part of BT Group, and the first time that a BT service will be promoted through EE’s retail stores nationwide.

The details of the deal are as follows:

We certainly appreciate the support that EE and BT Sport are providing to Windows users, and will look forward to the app's release. In the meantime, let us know in the comments if you plan to take EE and BT Sport up on their offer.