Popular travel search engine Kayak is dropping support for its Windows Phone according to a new report from Windows Central. A Windows Central reader contacted Kayak support about an issue with the app and received the following response from a support representative:

Thank you for the clarification. Our Mobile Team is no longer supporting this app, so I'm afraid I will not be able to trouble shoot with you.
You may want to consider visiting the mobile optimized version of KAYAK from your phone's internet browser (www.KAYAK.com).

While Kayak never updated its Windows Phone app with the Windows 10 Mobile design guidelines, it received its last update in March 2016. As of now, it seems that the app no longer appears in search results on the Windows Store, but you can still get it by via the URL of the Store listing. However, it seems that the app is no longer available to download on Windows Phone 8.1 handsets.

The app is still working for now, but it's not clear yet if Kayak will make it an empty shell in the coming weeks or if we should expect a new Windows 10 version. If you often used the app on your Windows Phone, let us know in the comments if you plan to keep using the service through the mobile web or find an alternative on the Windows Store. 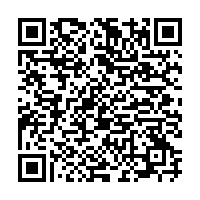 The first 150 cars for Forza Horizon 3 are unveiled