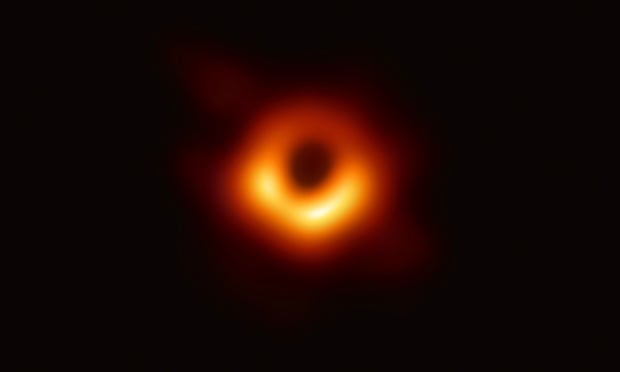 Unless you’ve been living under a rock, you’ve probably come across the new black hole image at least a couple times this week. Black holes have historically been impossible to observe because of their nature of swallowing every bit of light that tries to escape it.

Katie Bouman, a computer scientist who was a student studying at MIT, is the person who is credited with coming up with the algorithm that made the capturing of the image possible. What’s especially interesting is that she also used to be an intern at Microsoft, as pointed out by Xbox's Major Nelson.

More than 55 million light years from earth and centered inside of the Messier 87 galaxy, the black whole was captured by using the Event Horizon Telescope. EHT for short, it’s actually a network of eight telescopes across the globe that detect radiation from the particles that surround the beast.

Of course, Bouman isn’t taking all of the credit for the image, explaining that: “We’re a melting pot of astronomers, physicists, mathematicians and engineers, and that’s what it took to achieve something once thought impossible.”

Is Microsoft planning a big consumer push with [email protected]?