Injustice 2, the popular fighting game based on DC Comics' numerous super heroes such as Wonder Woman, Batman, and Superman, launched in the Windows 10 Store today. The game has been out on the Xbox One console for a while now so its sudden appearance on Windows 10 came as a surprise to many.

The Windows 10 version of Injustice 2 appears to feature all of the content from the Xbox One version including Xbox Live support for its online matches. The game isn't however an Xbox Play Anywhere title and doesn't support crossbuy or crossplay with the Xbox One version. This means that owners of the console version will need to buy it again if they want to play it on their PC and console and PC players can't compete together.

Power up and build the ultimate version of your favourite DC legends in INJUSTICE 2.

EVERY BATTLE DEFINES YOU: With every match you'll earn gear to equip, customise and evolve your roster.

A NEW THREAT RISES: Picking up where Injustice left off, Batman struggles against Superman's regime, as a new threat appears that will put Earth's very existence at risk.

THE BEST OF DC: Choose from the biggest DC Universe roster ever and battle across iconic locations in epic-scale battles.

BUILT BY NETHERREALM: Developers of the best-selling and critically acclaimed MORTAL KOMBAT franchise.

Will you buy Injustice 2 on your Windows 10 PC or are you happy with it on Xbox One? Let us know in the comments below. 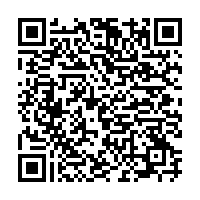 Remastered L.A. Noire is now available on Xbox One