Starting tomorrow, May 3, and lasting until May 6, 2018, Just Cause 3 is free to play all weekend on Xbox One. As noted in a Reddit post, Just Cause 3 is a great sandbox game, albeit with some noticeable framerate issues. All games in the Just Cause series were great, with game maps that dwarfed those that appeared in any installment of Grand Theft Auto.

Just Cause 3 continues the story of Rico Rodriguez who is tasked with taking out yet another ruthless dictator on a fictional Mediterranean island. Just Cause 3 features an a vast open-world environment were you can use your infinite grapple and parachute to scale buildings, hijack vehicles (land and air), and use your grappling hook to tether things together to create maximum "Chaos." Almost everything in the game is destructible.

Just Cause 3 features several DLC packs, including special weapons, vehicles, and more. Just Cause 3 also has online features, including a co-op mode and other multiplayer modes. As always any progress you have in the game this weekend, will carry over if you buy the full game after this weekend. Just Cause 3 is a great game to try for free, or buy for just $29.99. 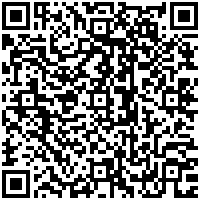