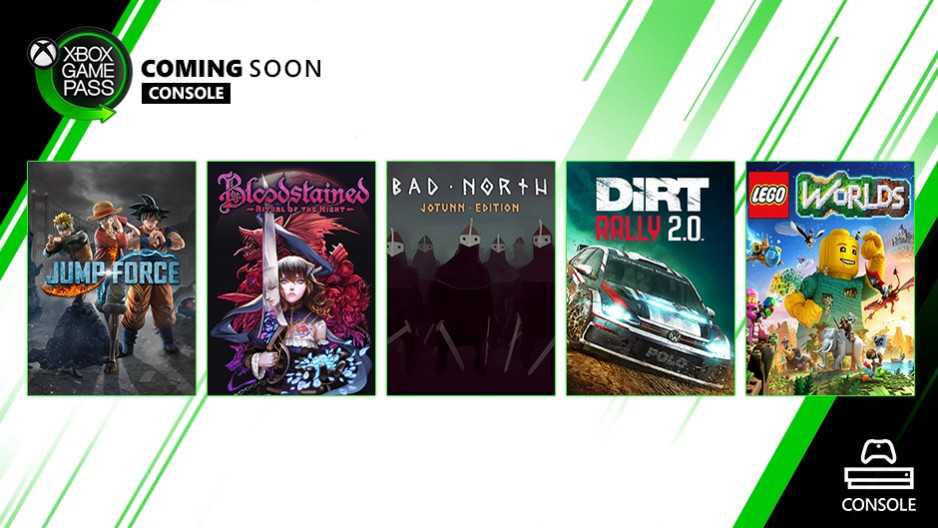 The Xbox team has just announced five new games coming to Xbox Game Pass for console in September, with Jump Force and Bloodstained: Ritual of the Night coming to the catalog as soon as tomorrow, September 19. These two games launched on Xbox One in February and June, respectively, and they’ll be joining other 2019 games such as Devil May V and Metro: Exodus.

The three other Xbox One games coming on September 26 are DiRT Rally 2.0, the open world game LEGO Worlds, and the real-time tactics roguelite Bad North. Jump Force is the clear headliner among these new titles as the crossover fighting game received a lot of hype ahead of its release, though reviews have been pretty mixed.

How to monitor your Windows 10 PC's performance - two approaches