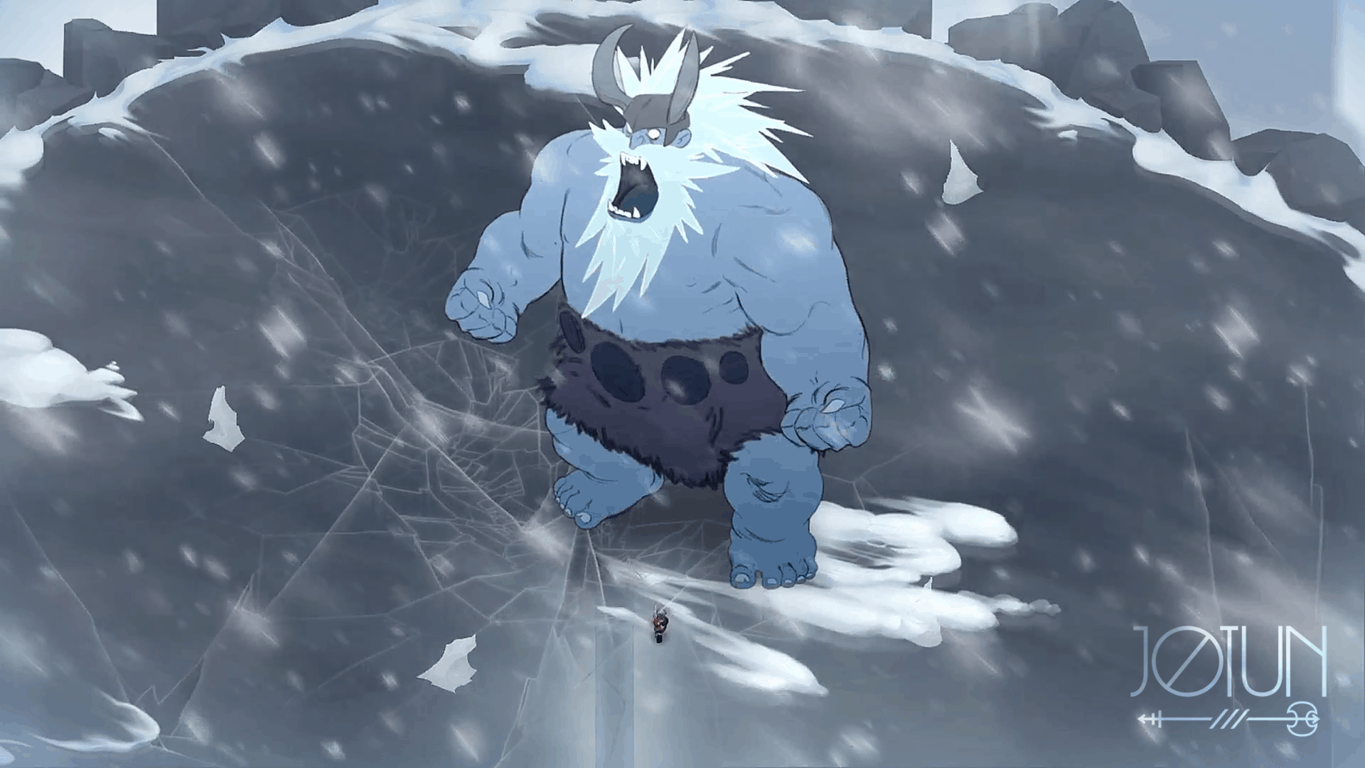 Canadian game studio Thunder Lotus Games just announced the upcoming release of Jotun: Valhalla Edition on the Xbox One in summer 2016. This is the studio's first game, and it's already been available on PCs since september 2015 following a successful Kickstarter campaign in summer 2014.

Jotun is a hand-drawn action-exploration game set in Norse mythology where you play Thora, a Viking warrior who died an inglorious death and must prove herself to the Gods to enter Valhalla. Thunder Lotus Creative Director William Dubé explained the gameplay to Xbox Wire:

Jotun is a game about epic boss fights. The game has five different giants, each one with their own region and levels to explore. Every jotun has different powers and strategy. For example, Isa, the Winter jotun, offers a melee based fights. This fight is about timing and using the environment to help you. Hagalaz, the Storm jotun, summons a “bullet hell” of lightning attacks and dodging is as important as attacking. The most important thing about Jotun’s bosses is scale. They feel impossible to beat, a true David versus Goliath endeavor.

Another key aspect of Jotun is exploration. Each level in Jotun is filled with secrets, so exploring every nook and cranny always pays off. For example, each level hides a rune that must be found in order to unlock the boss fights. Jotun’s levels are really diverse. While some levels (especially in the Winter region) are vast and lonely, some levels are puzzle-based and others have combat. Every level in Jotun is inspired by a story from Norse mythology. From the dwarven city of Brokkr’s Forge to the frozen rivers of Nifheim, every region pays tribute to Viking legends.

The PC version of the game has already been well received by critics, but Jotun: Valhalla Edition will feature the exclusive Valhalla Mode, an even more challenging experience where players have to fight even fiercer versions of the Jotun.

Jotun: Valhalla Edition will be released in summer 2016 on the Xbox One and priced at $14.99 USD. Please tell us in the comments if you're looking forward to play it on your Xbox One!