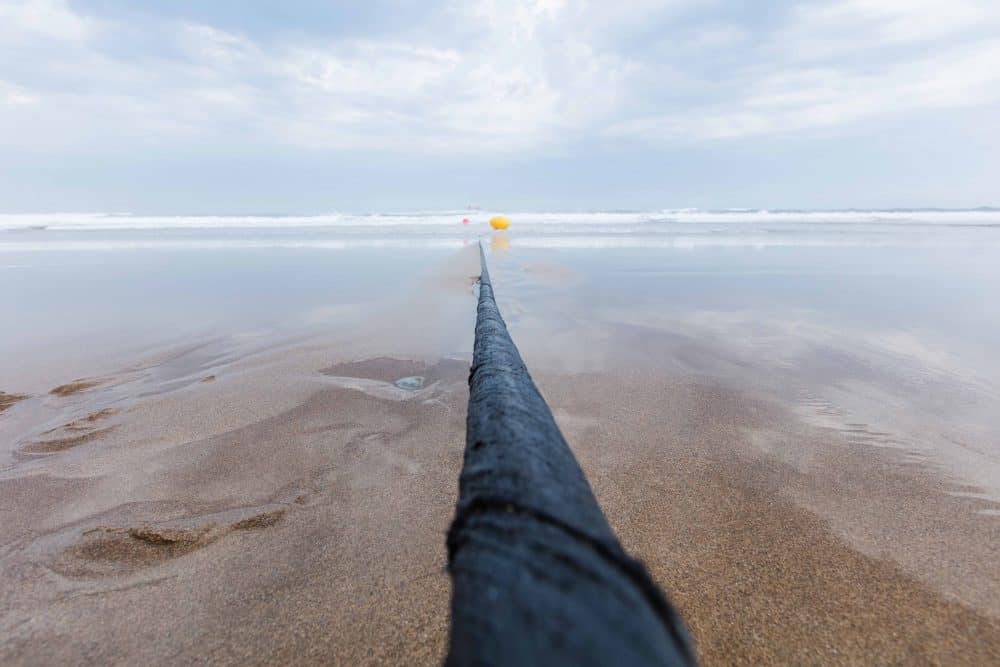 A recent experiment suggests that the world's fastest transatlantic cable, named Marea, and jointly owned by Microsoft and Facebook, might be as much as 20% faster than was originally thought possible (via The Verge). The supposed 160-Terabit cable consists of eight optic fibers, each capable of transferring data at a rate of 20 Terabits per second.

However, the experiment was able to achieve as much as 26.2 Teribits per second on a single per optic fiber thanks to the use of 16QAM modulation run by a group of researchers known as Infinera. Based on the math, that means the entire 4,000 mile long cable, which stretches between Bilbao, Spain and Virginia Beach, could potentially max out at a data transfer rate of more than 200 Tbps.

As noted by The Verge, not only was the test initiated on an existing cable—potentially suggesting the capability of receiving inexpensive capacity upgrades—but that the speeds were achieved from such a distance only further suggests the significance of the findings, according to the researchers.

While it is very intriguing knowing the massive capacity it supports, the cable tested by the researchers only averages at a transfer rate of 9.5 Tbps. This leaves plenty of room for the ever expending technologies built around the internet to grow and strive.

Here's what's really happening with skipping ahead to 20H1, according to Mary Jo Foley