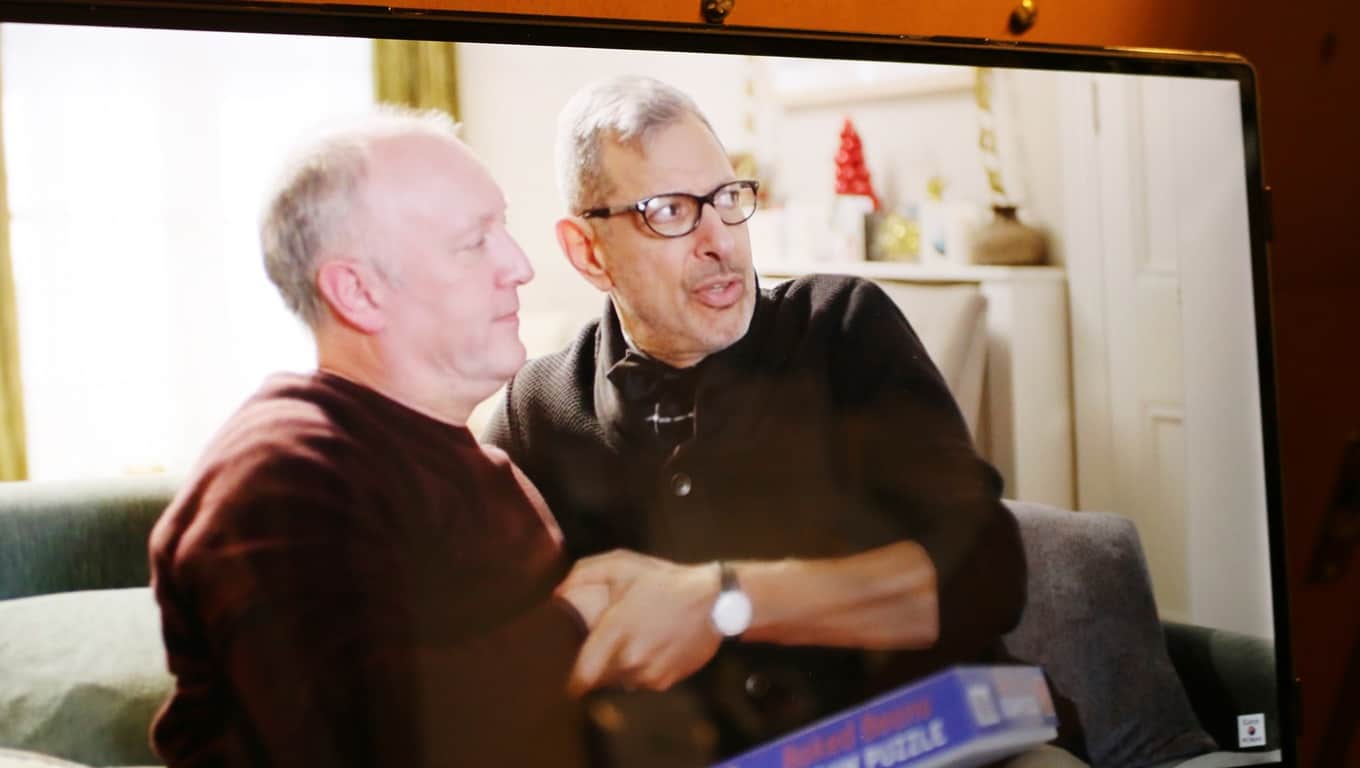 It’s almost that time of year: the familiar holiday songs are appearing on radio stations, decorations are going up, and retailers are gearing up for their busiest season with huge deals and massive sales. And now Currys, a British big box electrical retailer, is getting into the spirit with a new ad series titled ‘Spare the Act’ featuring actor Jeff Goldblum (from films such as Jurassic Park and Independence Day).
https://www.youtube.com/watch?v=iBsia0jYlx0
Most of the ads feature the familiar scene of a family opening their gifts Christmas morning. In the ad embedded here, a woman is opening her main gift, hoping it is a Microsoft Surface, which she had been hinting she wanted for months. But to her disappointment, she finds herself opening a jigsaw puzzle on Christmas morning.
After feigned excitement and a halfhearted “I love it”, Jeff Goldblum steps in for a funny two-minute acting course for the family member. The joke serves as an advertisement by suggesting spare the act this Christmas morning, and get your loved ones a gift they really want in the first place, in this case a new Microsoft Surface from Currys.
Which new Microsoft device are you hoping to open Christmas morning?