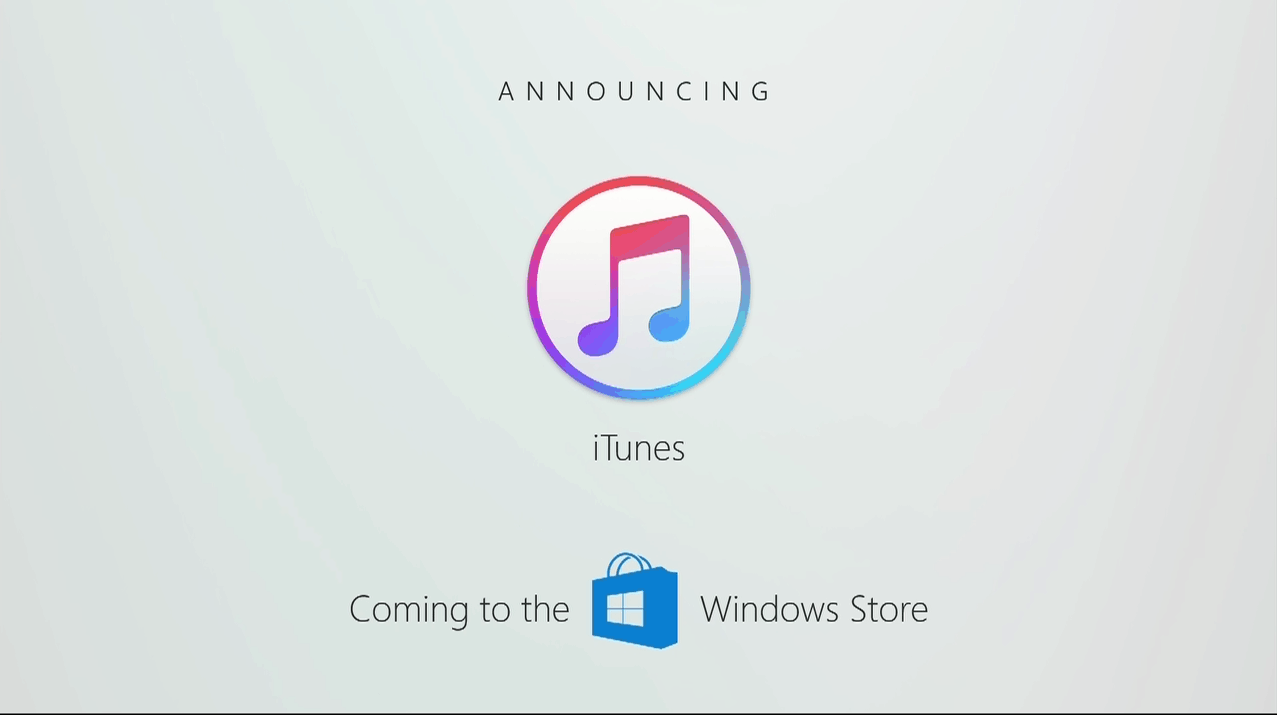 Terry Myerson, Executive Vice President of Microsoft's Windows and Devices Group announced some pretty major Windows Store news today: Apple's iTunes app is coming soon to the Windows Store. This is a definitely a new milestone for Microsoft's digital storefront. If nothing else, this announcement is especially important for Windows 10 S, the education-focused version of Windows 10 which can only runs apps from the Windows Store by default.

iTunes may not be as important as it was 10 years ago when music and video streaming services were still burgeoning, but the desktop app lets consumers access the iTunes Store, podcasts and the increasingly popular Apple Music streaming service. And if you use an iPhone or an iPad, you may be aware that using iTunes is the only way to sync content between iOS devices and Windows PCs without using the cloud. Lastly, iTunes remains a pretty good media manager, which lets you edit metadata on your music and video files.

Earlier this month, Microsoft announced during its Education event in New York that Spotify was also coming to the Windows Store. Microsoft will definitely need more of these Project Centennial apps in its app store to make Windows 10 S a viable option for consumers, especially since Google Chrome and Mozilla Firefox won't be allowed on the Windows Store. Let us know in the comments if you think iTunes could become one of the most popular apps in the Windows Store.

Build 2017: Ubuntu is coming to the Windows Store