It's official, Xbox Game Pass is coming to PC and will offer over 100 "high-quality PC games" at launch - OnMSFT.com Skip to content
We're hedging our bets! You can now follow OnMSFT.com on Mastadon or Tumblr! 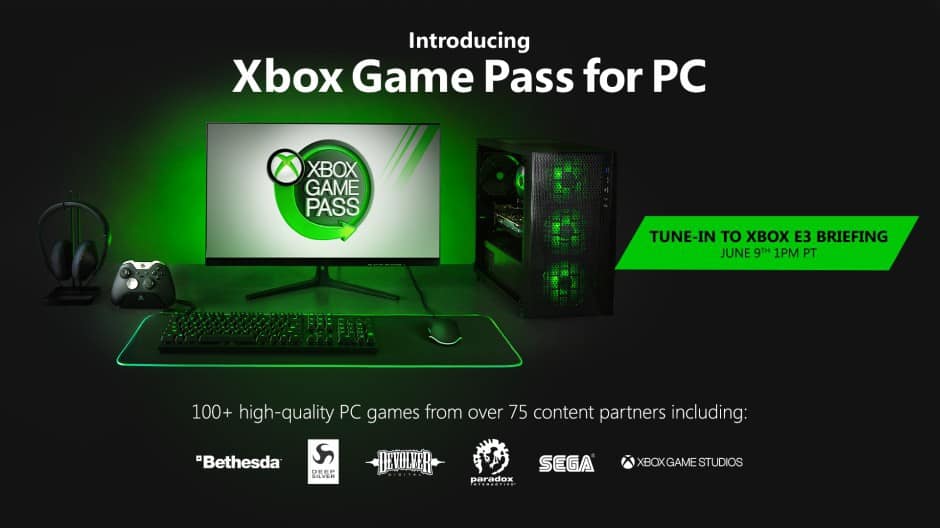 Xbox Game Pass, Microsoft’s gaming subscription service will celebrate its second anniversary this June, and the company has just made it official this morning that Xbox Game Pass will finally expand to PC. Sea of Thieves, Gears of War 4, and other Xbox Play Anywhere titles in the Game Pass catalog are already playable for free on Windows 10, but the Xbox Game Pass for PC that Microsoft is announcing today will apparently be a separate service.

"Xbox Game Pass for PC will give players unlimited access to a curated library of over 100 high-quality PC games on Windows 10, from well-known PC game developers and publishers such as Bethesda, Deep Silver, Devolver Digital, Paradox Interactive, SEGA, and more. And just as we committed on the console, it is our intent to include new games from Xbox Game Studios in Xbox Game Pass for PC the same day as their global release, including titles from newly acquired studios like Obsidian and inXile,” explained head of Xbox Phil Spencer.

For now, Microsoft is working with other 75 developers and publishers, and the company is promising to bring new games to PC players every month, just like it does for Xbox Game Pass subscribers on Xbox One. “Xbox Game Pass for PC members will also receive discounts in the Microsoft Store on Windows of up to 20% on games currently in the library and up to 10% off related game DLC and add-ons,” Spencer added.

The head of Xbox said today that Microsoft will share more details about Xbox Game Pass for PC (including pricing and availability) at E3. For now, though, it appears that Microsoft will follow EA’s steps and offer two separate subscription services for PC and Xbox gamers: EA has Origin Access on PC and EA Access on Xbox One (and soon PlayStation 4), but Microsoft will re-use the “Xbox Game Pass” brand for its PC subscription service. That’s consistent with the company’s decision to rebrand its Microsoft Studios arm to Xbox Game Studios earlier this year, or to rename the Windows 10 Game Bar to "Xbox Game Bar" more recently

In addition to the new Xbox Game for Pass for PC news, Microsoft also announced today that it will bring more of its first-party games to Steam including Gears 5, Halo: MCC, and the Age of Empires trilogy and that its own Store will soon support Win32 games in addition to UWP games, which should finally push more game developers and publishers to embrace it.