The Facebook Beta app has just updated to 10.1 and while there appears to be very little content in this update beyond the expected background bug fixes, some users have noticed that support for the Italian language has been added, which is great to see, but is also surprising that this rather major language wasn’t already supported in the first place.
Facebook Beta’s previous update brought it up to 10.0 which made it available to all users running Windows 10 Mobile on their devices. The update gave the app a rather significant visual redesign to bring it more in line with Windows 10’s design aesthetic and also made the news feed slightly smaller while adding an arrow button to help users navigate to the top of their feed.
It’s good to see some attention being given to the Facebook experience on Windows devices as it’s still lagging behind iOS and Android significantly with several major features yet to make the jump to Windows.
How are your finding your Windows Facebook experience? Are there any other languages or features you would like to see come to Windows Facebook apps? Let us know in the comments below. 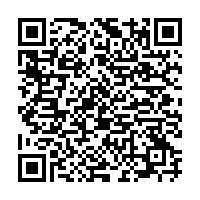