Issues with Edge on 14316? Use the new Microsoft Edge Platform Issue Tracker 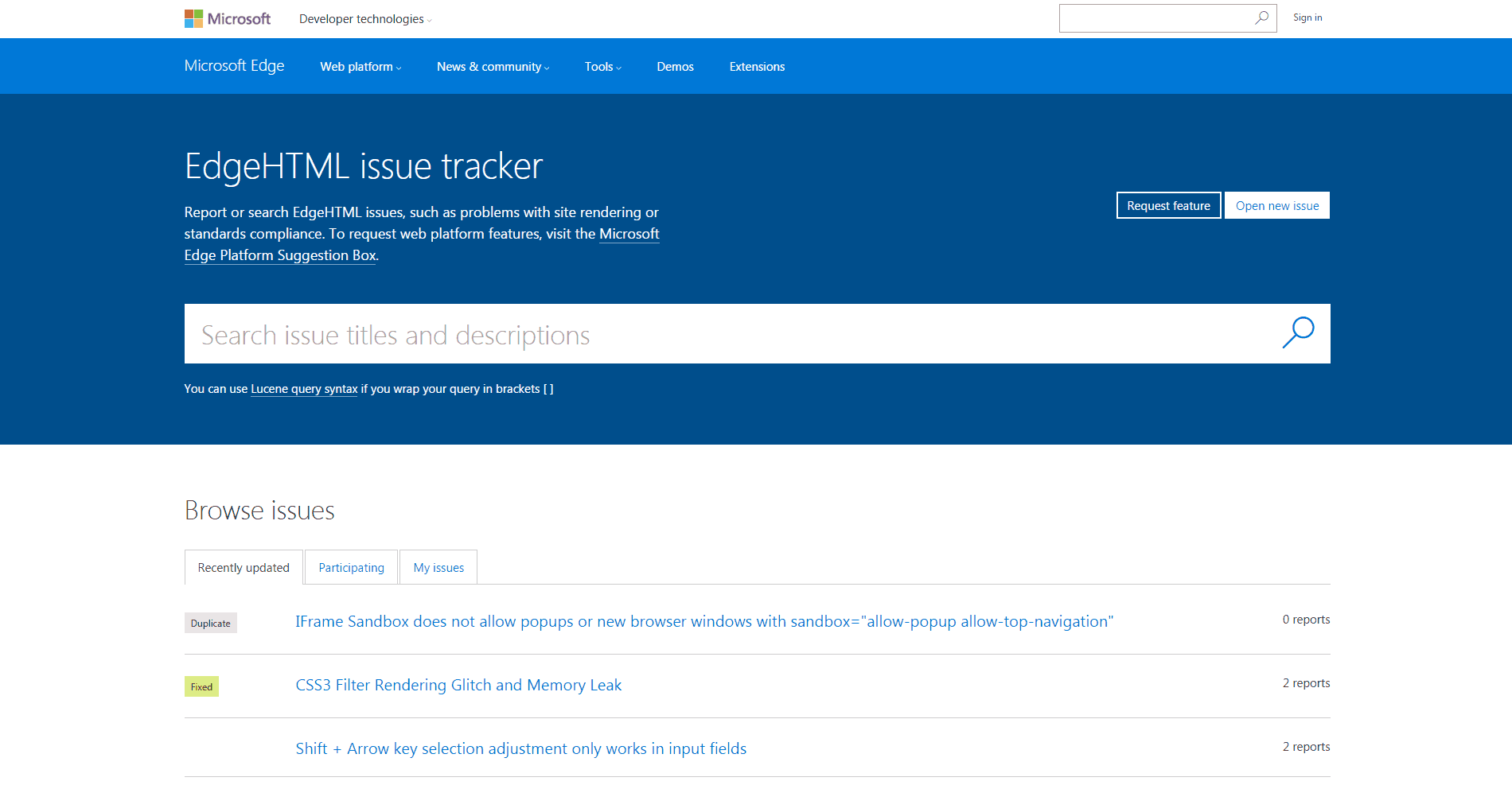 The Windows team has released a list of Windows 10 Insider Preview Build 14316 features that include tweaks to over-all customization, new ways to categorize and maneuver your favorites, updates for the clever personal assistant Cortana, and small refinements to the general experience of Microsoft Edge. However, no Windows 10 release is without its issues to report and the Windows team has now found an even easier way to make that easier for the user.

During the Edge Web Summit held in San Francisco on Monday, Microsoft Edge has announced a more efficient means of providing crucial feedback and reporting bugs. The Microsoft Edge Platform Issue Tracker is designed for the web platform, allowing users to report and search through EdgeHTML issues and problems. Users will also be notified concerning replies for issues that they have reported or topics that they have participated in allowing for better collaboration between the developers and engineering team.

In light of the new platform, Microsoft will also be discontinuing the connect.microsoft.com/ie service going forward, according to its latest blog. Specific bugs related to the Chakra JavaScript engine should be directed to the ChakraCore source located on GitHub.

The Microsoft Edge Team will be watching for feedback and reported issues closely and look forward to collaborating with developers more for the future of EdgeHTML.