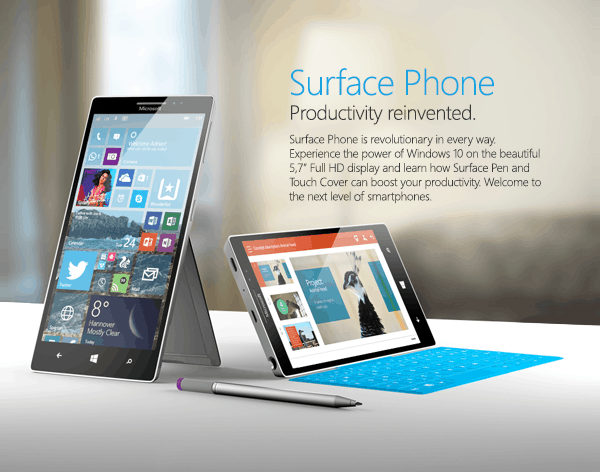 (note: the Featured Image is a concept rendering from about a year ago)

On today’s “The Sams Report” podcast, noted Microsoft watcher Brad Sams revealed that he’s heard from two independent sources that a new Microsoft device, not necessarily a phone but a “mobile-type” device, is “floating around campus.” He is hearing that the new device will be expensive, not “HoloLens-like,” but more in the range of a Surface Book, a high end, not for mass-market “hero” device to spur the market, a hallmark of the Surface family of devices.

HoloLens maker Alex Kipman has been supposedly working on a new device, and Sams is expecting the new device to possibly ship with “C-Shell,” or Composable Shell, the one Windows shell for multiple devices user experience. Sams went on to say that he’s hearing that C-Shell is still “extremely buggy.” With a device already floating around, Microsoft may be in a not uncommon situation of having hardware coupled with not-yet ready software, and so shipping this new device may not be assured anytime soon.

Earlier in the week, we conducted what turned out to be quite a popular poll, asking if you had given up on Microsoft as a mobile device provider, and almost 80% of the some 7,500 votes indicated you would either be ready to jump back in with a great device, or potentially give Microsoft another chance at mobile.

While there’s not much to go on with these new revelations, and of course they need to be taken with a grain of salt, Microsoft looks to be at least somewhat on track with what they’ve been hinting at for quite some time, a new device set to hopefully redesign the mobile space, running ARM 64 and a new user experience, in a premium device meant to spur the market. Sound interesting?