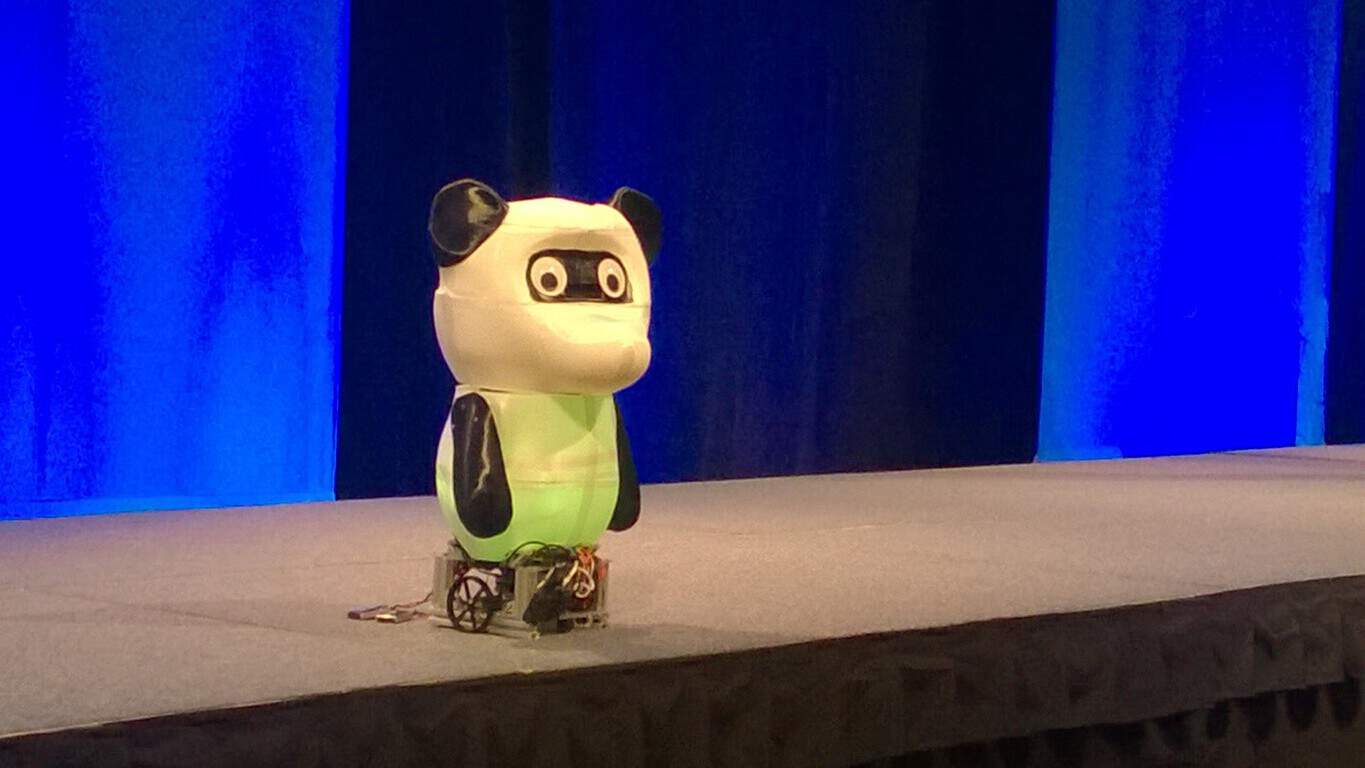 Intel’s Joule module seems like it was made for Microsoft’s IoT. The device is defined on Intel’s website as something meant to “contribute to a new generation of robots, drones, and IoT devices that are equipped with Intel® HD Graphics, 3D modeling, object recognition, and interactive capabilities.” Being a piece of hardware that’s meant to work so strongly in conjunction with IoT, it’s no surprise that Microsoft has announced its partnership with Intel on its Windows blog today, showing off some of the new technology that’s powered by Joule and Microsoft’s IoT Core.

There’s a fair amount of variety in what the technological power couple has been able to accomplish, as several organizations were keen to show off at the Intel Developer Forum 2016 over in San Francisco. Possibly one of the most interesting things to come out of the event was Bamboo, a charming robot panda that can listen to you speak in any language and translate what you said in English on the spot. Beyond this, Joule and Microsoft’s IoT Core wowed audiences with the EZ-B V5 robot and Torch, a mixed-reality gaming table that – according to the blog post – blends the “physical/digital divide.”

If you’re a Windows developer who wants to sink your teeth into the possibilities with Joule as soon as possible, you’re not going to be waiting very long at all. Assuming you have the hardware necessary (most notably the Joule module itself) you should be able to start working with Joule very soon. Windows Insiders should be getting access to Joule-supporting builds of Windows IoT Core sometime this month. Microsoft made it very clear that they can’t wait to see what you developers out there are going to make, and we’re just as excited.