Compared to its previous generation of mobile processors, Intel highlighted that its new Comet Lake CPUs should offer “up to 16% overall performance gains and over 41% better productivity and multitasking on Microsoft Office 365.” These new Comet Lake processors will be available in Core i3, i5 and i7 variants, and you can find the full technical specs below. 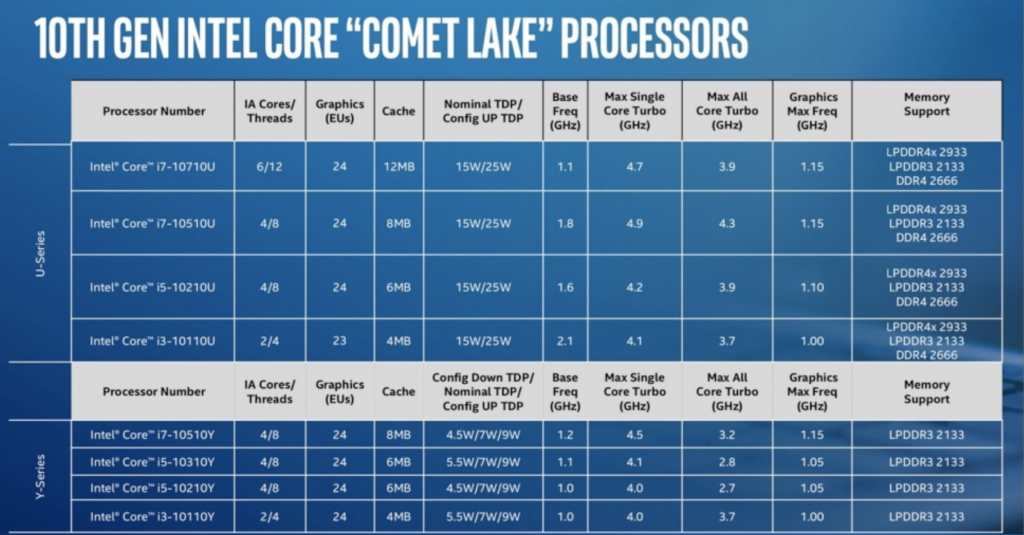