Intel Brings Back Mac vs PC Guy to Slam Apple in new Ads Skip to content
We're hedging our bets! You can now follow OnMSFT.com on Mastadon or Tumblr! 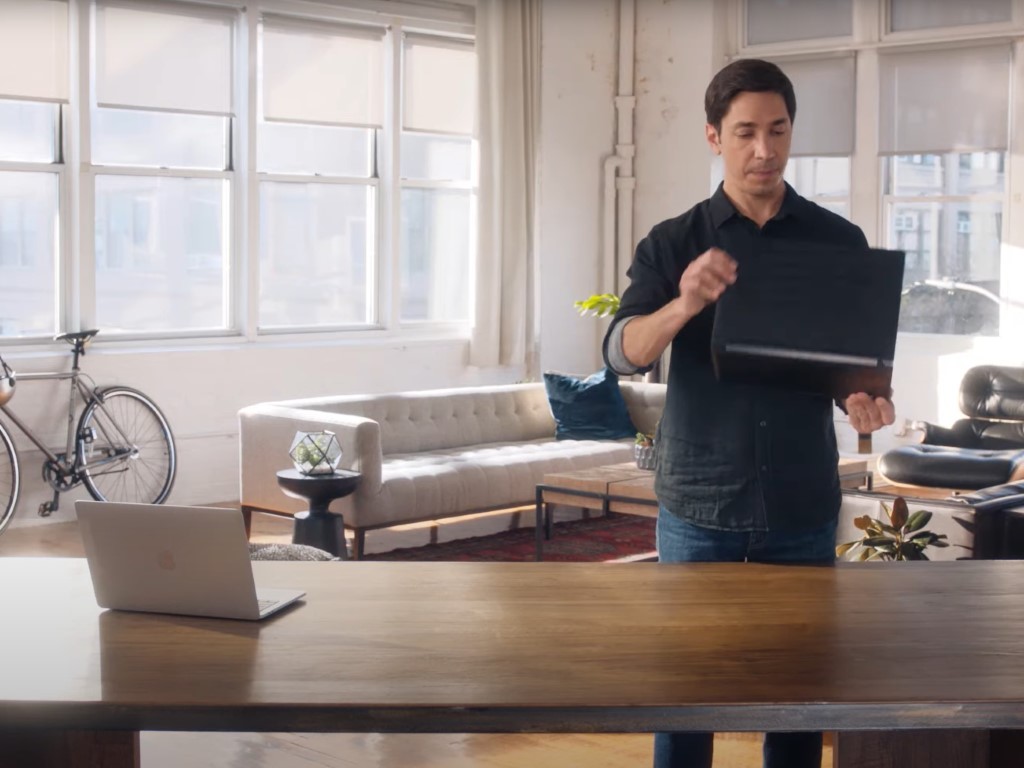 After reigniting the decades-long feud with a series of ads on Twitter last month, Intel isn't ready to quit out of the Mac vs PC war just yet. The chipmaker is back again with a new set of "Go PC" ads that slam Apple with its own hands. The ads feature Justin Long, better known as the "I'm a Mac" guy from Apple's old advertising campaign, and this time, he's on Team PC, smacking Apple in more than one way.

There are a total of 5 ads that you can watch on YouTube, and all of them highlight the benefits of owning a PC over owning a Mac. The ads cover things such as having different choices from different laptop makers, PCs having touch screens, being able to use a PC as a tablet, for gaming, and even being able to plug a PC into 3 different monitors.

The ads are all short, and to the point, and are pretty unique, unlike Intel's last "Go PC" Twitter campaign which just featured a video from Tech reviewer Jon Rettinger’s YouTube channel. In all the ads, Justin is holding both a PC and then switches to a Mac and compares both directly. His comments are often funny, but we'll let you be the judge of that. The ads even have an off-tune version of the original soundtrack from Apple's original Mac vs PC campaign.

Our most favorite of the videos can be seen above. This one is a direct shot at Apple's ecosystem of products. You can see that Justin begins by pointing out how the Lenovo Yoga 9i can switch between a laptop and a tablet. Then, he picks up the MacBook and says "Oh, it's just a laptop" and someone off-camera hands him Apple's iPad, smart keyboard, Apple Pencil, and dongle. This is clearly a smack at Apple's face for not adopting touch screen Macs, and trapping users into the ecosystem, and buying more of their own products.

The other ads slam Apple's Macbooks in other ways, too. One shows off the Asus Zenbook Duo 14, and how the whole PC is a touch screen, but then switches to how the MacBook only has a small touch bar, which's tough to use to even mute the laptop. Another looks at how the Apple M1 Macs can only plug into one monitor, and how PCs can plug into up to three. A final one then looks at how Macs lag behind in gaming, and how PCs can run full 3D-games but "no one really games on a Mac."

Overall, these ads are pretty great, especially if you're a PC fan. It shows off the wide ecosystem of Windows PCs and the capabilities of PCs that MacBooks have long lacked or are still currently lacking. We give credit to Intel for this one and would love to know your thoughts, too. Which side of the great Mac vs PC debate do you stand on? Let us know in the comments below.

Getting Started with GitHub – Tips and Tricks