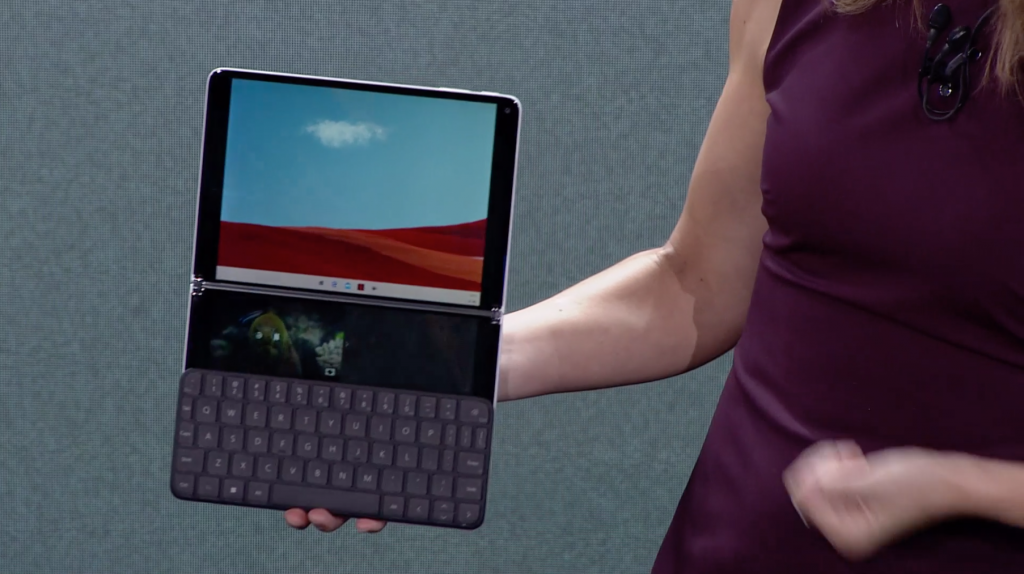 Microsoft's Surface Neo dual-screen PC might be delayed, but that doesn't mean the news has to stop coming. In the latest, some specs and benchmarks for the Intel Lakefield chipset found inside the Galaxy Book S are painting the picture for the possible performance of the device (via Notebookcheck.com.)

According to the benchmarks, the overall single-core performance of Intel's Lakefield processors is quite disappointing. It is said that the low clock speed of 2.4 GHz during testing is well below the advertised 3.0 GHz, putting it behind Intel's older dual-core M3-8100Y found in the Surface Go 2. Multicore scores, meanwhile, are a bit better, at the same level as the Core i7-8500Y. As for the integrated UHD Graphics G7, it falls behind Iris Plus Graphics, mainly due to the lower clock speeds.

It's important to note, though, that this is a hybrid processor. It is not really about performance and gaming-level class. It is rather meant to take on Qualcomm's own Snapdragon 8cX processors found in Always Connected PCs. Lakefield processors are also specially designed and use a primary 10nm core for heavier PC tasks and four “Tremont” cores to maximize efficiency and battery life.

The performance of Lakefield from these benchmarks found in the Galaxy Book S might or might not carry over to the Surface Neo, but it's still great to see a benchmark before the release. Do you think these results will change your mind about the Duo? Let us know in the comments below.