Compared to competitive products, Intel promises more than 20% faster office productivity, up to 2.7x faster real-world photo editing, and up to 2x faster real-world video editing. On the graphics side, the new Iris Xe integrated GPUs should deliver up to 2x game performance over the previous generation, and the ability to game and stream more than 2x faster than competitive products. Additionally, the company’s new 11th gen Core processors will support next-gen features such as Wifi 6, Thunderbolt 4, and Dolby Vision. 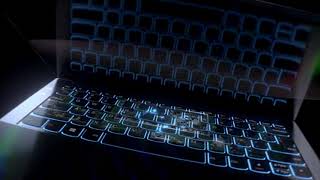 Intel announced the launch of its new 11th Gen Tiger Lake processors today, and the chip maker also used this opportunity to unveil new logos for the company and its various products. As Intel is now facing increased competition from AMD and its competitive Ryzen mobile processors, Intel’s Tiger Lak

In the press release, Microsoft Chief Product Officer Panos Panay praised Intel’s new Tiger Lake chips. “The new 11th Gen Intel Core processors with Iris Xe graphics are delivering incredible performance and responsiveness to enable Windows customers around the world to be more productive and have fun today and in the future,” said Panay. It remains to be seen if we’ll find Intel’s latest mobile processors in new Surface products later this year, it’s worth keeping in mind that some devices like the Surface Pro have not been refreshed since last year.

Besides Microsoft, Intel expects that more than 150 PCs Acer, Asus, Dell, HP, Lenovo, and others will soon ship with the company’s 11th Gen Core processors. The chip maker also introduced today its new Evo certification program, which will highlight PCs with 11th Gen Core processors with Iris Xe graphics meeting certain criteria such as 9+ hours of real-world battery life, system wake from sleep in less than 1 second, and fast charging with up to a four-hour charge in under 30 minutes

“From productivity and content creation to entertainment and gaming, when you pick a system powered by 11th Gen Intel Core – especially one of our new Intel Evo co-engineered and verified designs – you know you are getting the best laptop experience possible,” said Gregory Bryant, Intel executive vice president and general manager of the Client Computing Group. Intel definitely remains the leading chip maker for PCs, but it’s not longer as dominant as it used to be. In addition to the strong competition from AMD, Apple, a big Intel customer, announced in June that it would transition its whole Mac line to its own Apple Silicon over the next two years.