Earlier this year, Microsoft announced that Teams was now being used by more than 500,000 organizations worldwide, including 91 Fortune 500 companies. 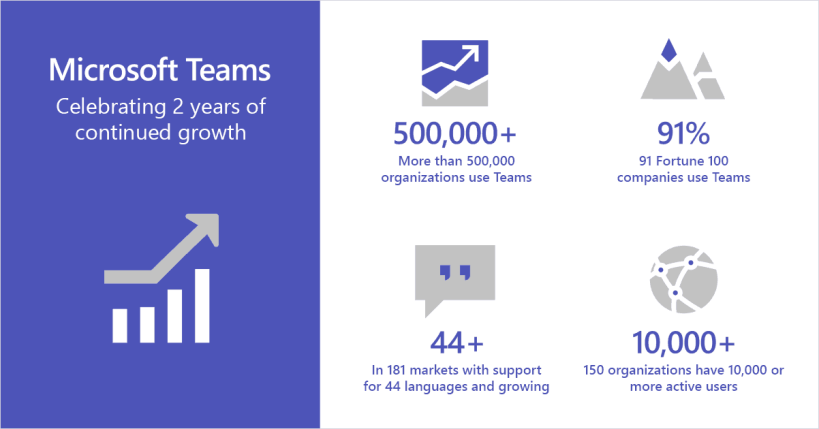 Teams app remains one the fastest growing apps Microsoft released in recent years, and it’s slowly but surely catching up to Slack which is currently in use with 600,000 organisations. Microsoft Teams is now available in 52 languages across 181 markets, and it’s included for free with Office 365 Business and Enterprise subscriptions. Microsoft also made Teams free to use with a personal MSA account to compete with Slack’s free tier, though this free version of Teams aimed at small-to-medium businesses has some limitations to get users on board with the paid version.