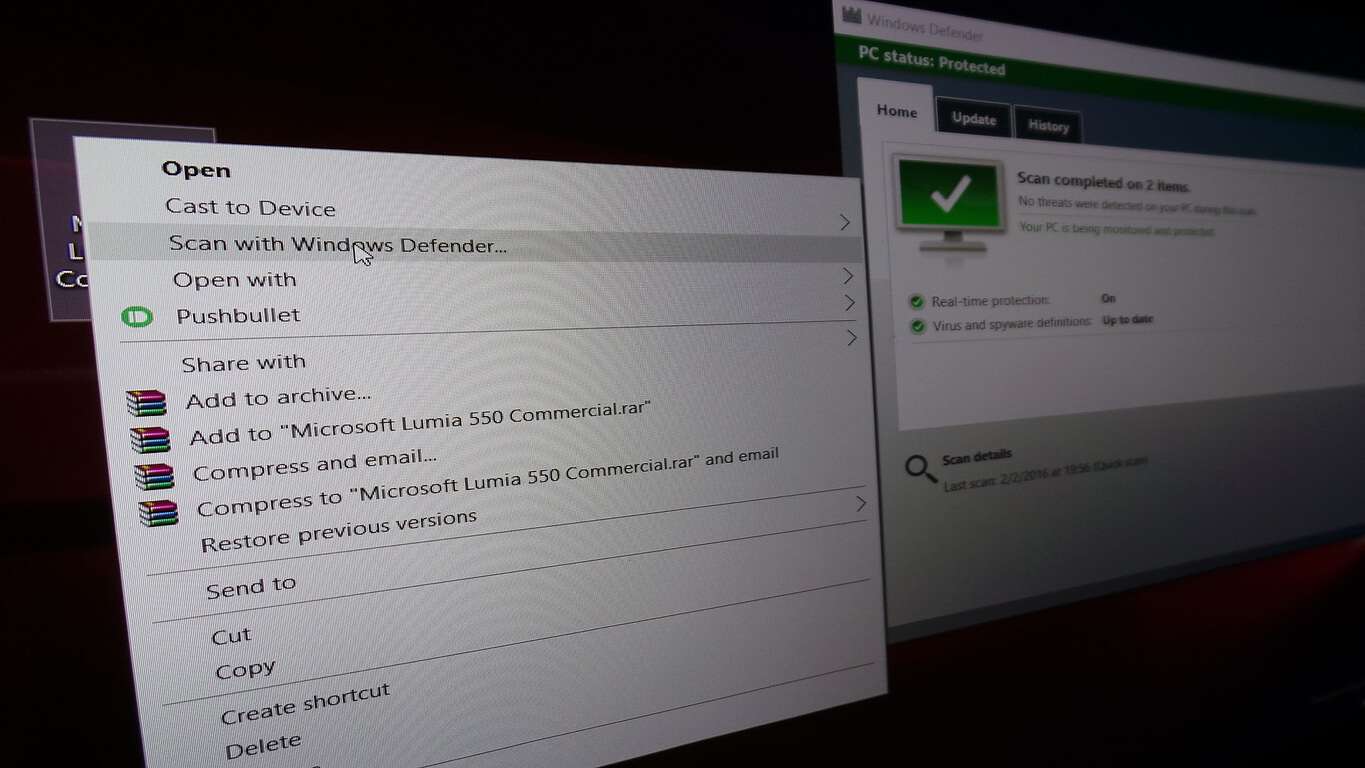 Windows 10 has been a revolutionary development experience for Microsoft, from the Insider Program to the Edge browser, users have helped shape the operating system in some fashion. However, and it’s some of the overlooked aspects of Windows 10 that that the Windows team would love to highlight in its development, such as Windows Defender. Windows Defender is the free, built-in antivirus software Microsoft includes in Windows 10, and it’s had a rather neat feature since last October, but the team behind Defender is just now speaking out about improvements to the product and its implementation.

The Windows team took to in the Insider Hub app, under the Made by You section, to discuss how they’ve handled the various feedback on Defender, as well as ways to access its malicious software scanning functionality more conveniently. The team specifically focused on the in-context menu implementation.

The new implementation can best be described as, when you’ve got a file in your downloads folder, you can, if you’re running Insider Build 10571 or newer (most of us are probably sitting pretty on Threshold 2 or the latest Redstone build, Build 14257) right-click on an item to see a relevant context menu. While bringing up the context menu is not new, near the top, the Windows team has now implemented a ‘Scan with Defender’ option, which sends the selected file or files straight through the Windows Defender software scanner.

For Insiders, this feature may seem like old news dating back to the release of build 10571 back in October of last year but the average user should be pleased when they finally stumble across a more convenient way of seeing whether that extra-suspicious file from the Internet is malicious or just another file.

Windows Defender, even invoked through a context menu, still respects the exclusions that a user might set when looking at files during the scanning process. It’s also worth noting that the feature is only accessible if Windows Defender is enabled and its UI isn’t locked. The latest Made by You post also explicitly calls attention to the fact that having a third-party scan option in the context menu can cause malfunctions with Defender, so uninstallation of the extension allowing said third-party context menu scanning option is recommended by the Windows team.

As the Windows team notes, most of the improvements to Windows Defender have come about because of user feedback, which is why the software will only grow and become more tailored for users in the long-run. With more user feedback came a greatly improved Windows Defender, and it’s only going to improve.