Inside Xbox will be live from gamescom next Tuesday - OnMSFT.com Skip to content
We're hedging our bets! You can now follow OnMSFT.com on Mastadon or Tumblr! 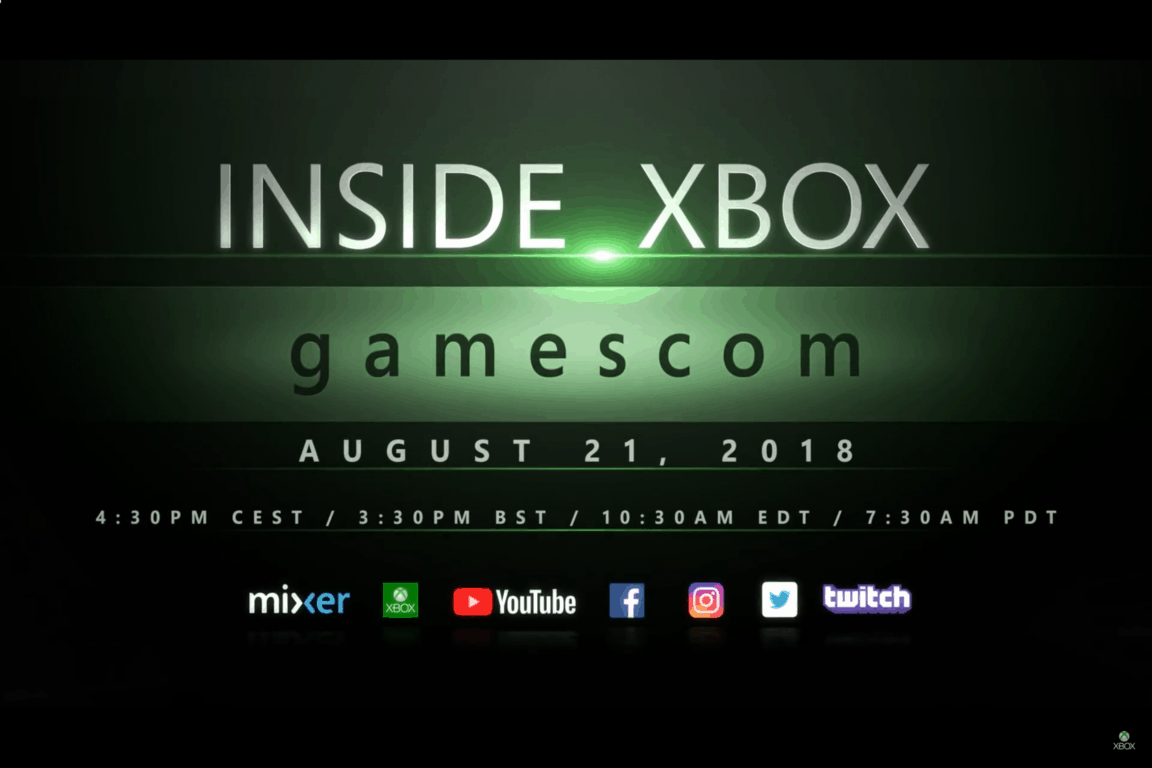 With E3 2018 behind them, it is now time for the Xbox crew to turn their attention to gamescom. It was promised that there would be new "new Xbox One bundles and accessories," at the annual trades fair in Germany, and now Microsoft is now reminding you to tune into all the action in the next Inside Xbox webcast on August 21st.

As always, Inside Xbox will be streaming live on Mixer, Twitch, YouTube, Facebook, and Twitter on Tuesday, August 21 at 7:30 a.m. PDT/10:30 a.m. EDT. The Xbox team promises that you'll be hearing more about Forza Horizon 4, Sea of Thieves, and State of Decay 2 during the webcast. They even hint at new breaking news stories, exclusive interviews and never-before-seen content for many other games.

For those who are attending gamescom, you can expect multiple events at the venue. There will be the Xbox Fanfest on Thursday, August 23 on the Rhein River, an Xbox booth in Hall 8 of the Koelnmesse, and a Mixer Booth and Xbox Gear Shop. You can keep an eye out on Xbox social media for more on this, or check out this Microsoft website for the full schedule.