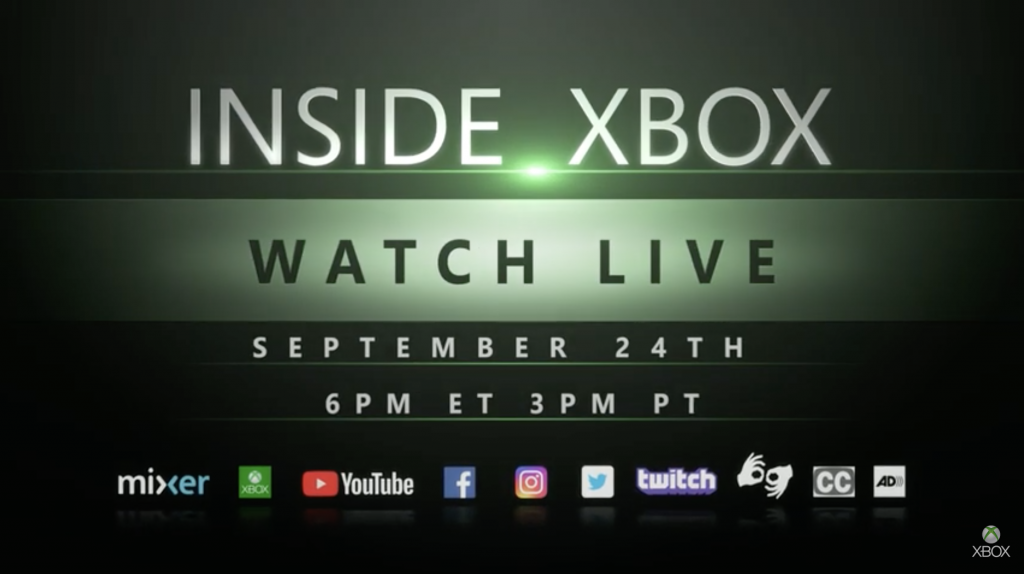 Microsoft has shared the program for its next Inside Xbox livestream that will air tomorrow, September 24 at 3 p.m. PT / 6 p.m. ET. The hour-long episode will include "the latest on Project xCloud,” news about the X019 event in London (tickets will be available for purchase tomorrow), as well as various video games news including new Xbox Game Pass additions.

#InsideXbox is back with a 💥 BOOM 💥 this month!

As Google has already revealed pricing details for its competing Stadia game streaming service coming in November, it’s time for Microsoft to do the same for Project xCloud. The service is expected to enter public testing in select markets next month, and it’s still not clear if it will require a special subscription and what games will be available on mobile devices. We had the chance to test both Project xCloud and Google Stadia last month at gamescom, and we learned back then that Project xCloud may only work on select Android phones at launch.

We also hope to learn more about the console streaming to mobile devices feature during this Inside Xbox episode. We heard first about this feature during Microsoft’s E3 press briefing, but it hasn’t been mentioned among the features coming in the October 2019 Update for the Xbox One. However, we saw in leaked screenshots last month how the set up process will work on the console.

As usual, you’ll be able to follow this new Inside Xbox episode on Mixer, Twitch, YouTube, Facebook, and Twitter. We'll also be covering the event live, so keep an eye on OnMSFT tomorrow after it airs. Coincidentally, this latest Inside Xbox episode tomorrow will be preceded by a "State of Play" livestream from Sony at 1PM PDT.

What Office 365 subscription is right for your small business?