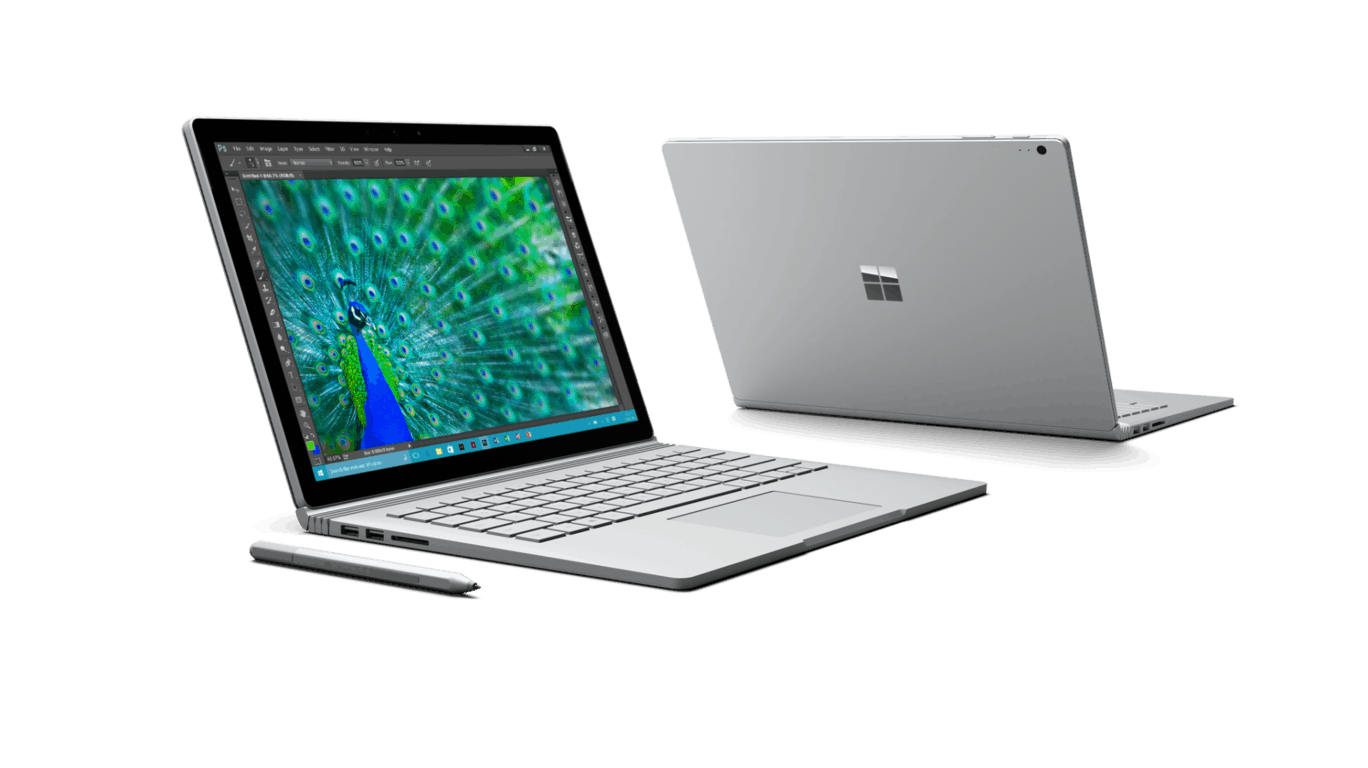 We might have just had the answer to one of the great mysteries of consumer tech this year. Ever since its introduction as the "ultimate laptop" at Microsoft's October hardware event, the Surface Book has become one of the most desirable pieces of hardware currently existing.  One of its most novel features that lends credence to the "ultimate" claim, however, is also the biggest point of debate among Surface watchers: the dedicated GPU that's included in the base of the top-end model. Countless speculations have been drawn on just exactly what chip it is that powers the graphics of the Surface Book, not helped by the fact the details of which seems to be innocently neglected by Microsoft. Now, some Redditors have seemingly managed to shed some light on the issues with the help of software.
To be fair, the debate stems from the sheer desirability of the Surface Book and how close it is to satisfy just about all the computing and input needs of a general person: super-sharp bright screen, premium construction, convertible form factor that works perfectly as a laptop, digitizer pen. Such a combination of input and power is already only available in the highest end of today's laptop market, but what sets the Surface Book apart from even other premium laptops in its class is the dedicated GPU, which opens it up to a whole new huge market of light-gaming professionals (remember that among many factors, the general success of Windows itself has been credited heavily to its gaming-friendliness). With power, however, comes great responsibilty, or in this case, a hefty financial commitment: ownership of the lowest-specced Surface Book with dedicated GPU will set you back $1899.

It is, therefore, understandable that it would be the biggest point of desire and also doubt among buyers, and Microsoft so far seems to have only been giving the leverage to doubters with lack of information and repeated bold claims on-stage by Device Chief Panos Panay among which the now-infamous "2x faster than the Macbook Pro," a claim which they officially validated afterwards (via Microsoft News). The Surface Book model with dedicated GPU has been rather elusive however, and only recently has it been displayed in selected Microsoft Store, at which point it promptly got tested by some mindful Redditors.
By opening up NVidia's Control Panel on the machine, one Redditor was able to find specific numbers to confirm that the chip is indeed a heavily customized Nvidia GPU with 1 GB of RAM that has traces of both the 920M and 940M. The person also ran a benchmark with MS Edge, but the results were from the integrated GPU and therefore meaningless. Others were able to install the graphics card info retriever software GPU-Z and got some screenshots that shows great similarity to the NVidia GeForce 940M.


So what is the conclusion so far? We can now be reasonably certain that Microsoft is using a variant of NVidia's entry 940M graphics card in its Surface Book with 1GB of RAM. The performance of a system, however, does not depend solely on the dGPU, and it will take real-life usage and in-depth testing by reviewers to determine whether the Surface Book will live up to Microsoft's claims and our expectations. In the meantime, check out our hands-on of the device, and be sure to stay tuned for our review, related news, deals and much more.

Microsoft hopes to grow its board by two new members